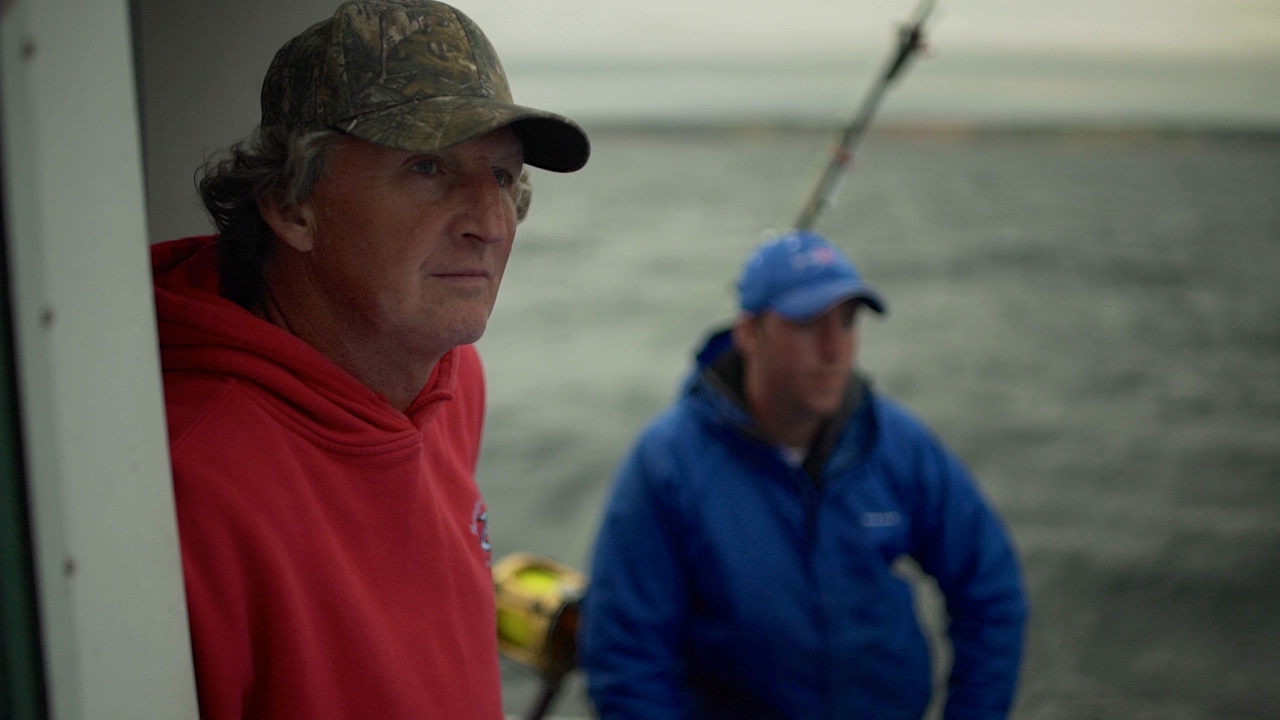 Up in the unforgiving North Atlantic, in a small sacred stretch of ocean, treasure lurks in the deep.  In just 1,000 square nautical miles, a group of hearty fishermen battle it out for the biggest and most valuable fish in the sea – the monster Atlantic Bluefin Tuna.  These massive fish make the tuna caught off the coast of Massachusetts look like bait. CATCHING MONSTERS, a new series premiering Friday, June 5, at 10 PM ET/PT on the Discovery Channel, will take viewers inside the intense world of fishing for one of the world’s most prized ocean predators.

Every Fall, a brave group of fishermen abandon their jobs as lobstermen for six weeks to pursue monsters of the deep that can bring in a fortune.  In these diehard North Atlantic fishing communities, fishing is in their blood and passed down from generation to generation.

“My dad is a real good fisherman.  I’ve learned everything I know from him,” said First Mate Nathan Brennan regarding his father, Ricky, a sixth generation Tuna fisherman.  “He’s been out here for a long time and caught a lot of tuna.  He can think like a tuna, and sometimes I think he is a tuna!”

Battling this elusive predator takes patience, strategy and brute strength.  Up in the North Atlantic’s hallowed waters, Bluefin Tuna can measure up to 15 feet long, weigh 1,500 pounds and swim over 40 miles an hour.  But it’s not just their size that’s massive.  These beasts – measuring the size of a small car – are considered the most valuable fish in the sea, with many fetching over $10,000 dollars each.  Backbreaking fights with these 1000-pounders can last hours and often the battles end in soul crushing devastation.

To keep the Bluefin population healthy for generations to come, each fisherman is allowed just one tag, one chance to hit the jackpot. Every fisherman is out to land the biggest Bluefin of the season – both to provide for their families and to claim bragging rights as the best tuna fisherman in the North Atlantic.

CATCHING MONSTERS is produced for Discovery Channel by Twofour America.  For Twofour America, Executive Producers are Melanie Leach, Seth Goolnik, Bernie Schaeffer and Dan Bree.  For Discovery Channel, Christo Doyle is executive producer and Meagan Davis is producer. To learn more, go to www.discovery.com, on Facebook at Facebook.com/discovery and on Twitter @Discovery.