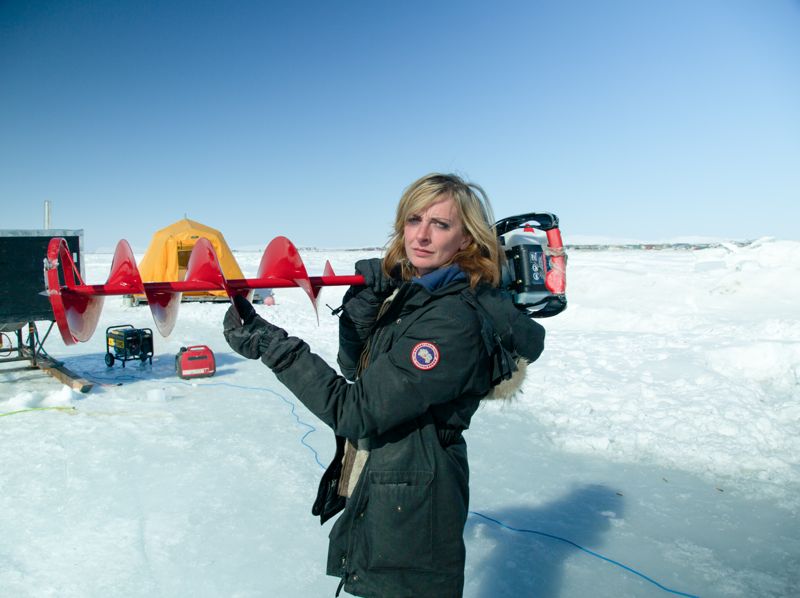 It’s winter time in Nome, Alaska, and the gold miners are under pressure like never before. After chaos reigned last winter, new regulations are now in place making the winter mining season even shorter – with the miners scrambling to turn a profit in less than one month. But just how far can the ambitious miners push before disaster strikes? From Original Productions, creators of the multiple Emmy Award-winning series DEADLIEST CATCH, the fifth season of BERING SEA GOLD premieres Friday, September 4, at 9 PM E/P on the Discovery Channel.

This year’s ice season crews include:

The Bluff:  Coming off of a thousand-ounce summer season, Shawn Pomrenke is looking to break some new ground. He’s rolling the dice and looking towards The Bluff, a remote claim one hundred miles outside Nome. All of Shawn’s mining and survival skills will be tested during the harsh Nome winter—especially in order to convince father Steve that this is the right move.

The Clark: This season, The Clark reunites once former love interests turned rivals Emily Riedel and Zeke Tenhoff. With Emily in need of Zeke’s dredging permit and Zeke in need of a crew, the two are looking to set up a “strictly business” partnership. But can they set aside their differences long enough to strike gold, or will the operation sink under the weight of all that history?  Emily is also looking to change the game this season by bringing on an all-girl crew.

The Wild Ranger: After years of disappointment, Vernon and his Wild Ranger crew ran away with the gold count title last winter, and now he’s looking to cement his reputation as a top-notch dredge operator.  This season, Vernon’s got a plan that, if successful, could change mining in Nome forever. The only problem? Being on the cutting-edge is pricey, and Vernon is putting every last dime in unproven, new technology.

The Paddy Wagon:  After years of working Nome, Kris Kelly has finally set out on his own to prove he can make it in the Bering Sea. Along with his little brother, Andy, Kris will attempt to show his dad that he should have always been in charge. But with the crown comes added responsibility, something Kris has yet to show that he can really handle. Now combine a new operation with his volatile relationship with his brother, and Kris is in for a challenge before he even hits the water.