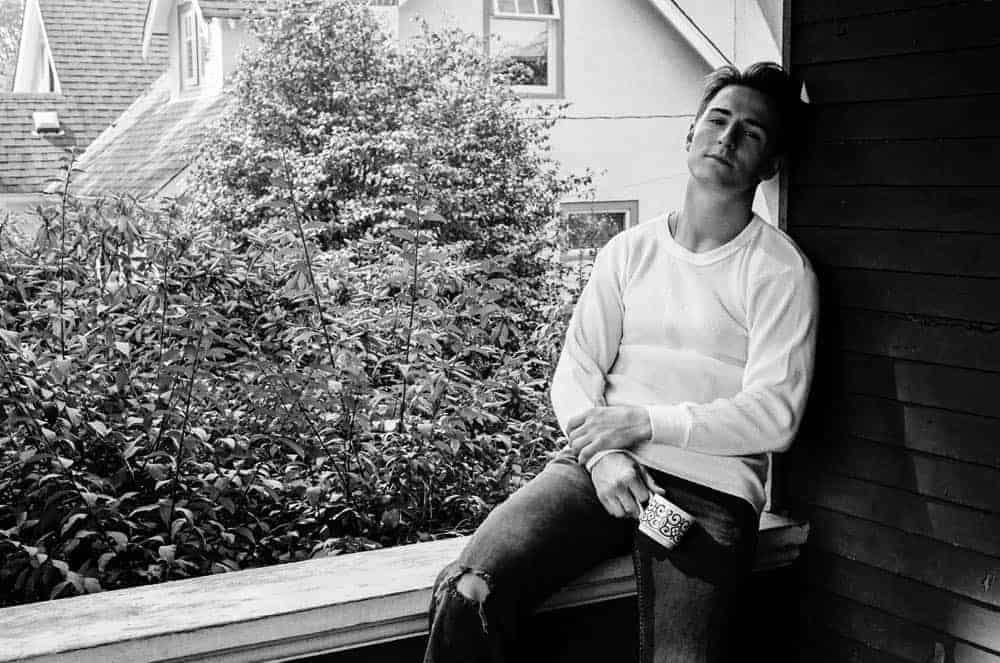 Quick to embrace all the action that working on the CW’s ARROW provides, Evan Roderick is having a great time portraying Officer Nick Anastas, where his character is both a lover and fighter. ARROW is known for its kick-ass action and death-defying stunts, but longtime fans are also just as thrilled that the show also provides a lot of love for its characters too. One such soft-spot has been in watching Curtis (Echo Kellum) and Nick fall in love. In an exclusive interview, Evan Roderick talks about the fun he is having portraying Nick and the joy of getting to pursue both his acting career and his musical career simultaneously.

What continues to be the appeal for you in portraying Nick Anastas and working on ARROW?
EVAN: The story, for sure. ARROW is doing amazing keeping the seventh season full of interesting and exciting narratives—I imagine that can be hard for a show to do! This makes it so easy to love portraying Nick and work on this show.

How would you describe who Nick is when we see him again in Season 7?
EVAN: He’s definitely matured. In season six his character evolved from a rookie cop on the police force to being heavily involved in the top ranks at the SCPD. Season seven is just another step forward and he’ll be right in the action!

What do you most admire about Nick?
EVAN: His unwavering sense of loyalty for Dinah (Juliana Harkavy) and Curtis (Echo Kellum).

What is it like working alongside such a talented ensemble on ARROW?
EVAN: It’s an amazing collaborative environment. Everyone seems to be pitching in ideas and problem-solving on the fly. They are a very experienced ensemble and I’ve learned a lot.

How would you describe the dynamic between Nick and Curtis as the show heads into Season 7?
EVAN: They have definitely found more of a rhythm in their relationship. It’s that constant balance of saving the city and making time for dinner dates.

What have you appreciated about the Nick-Curtis relationship?
EVAN: How they’ve overcome their differences to be in this relationship.

Then what is the dynamic between Nick and the vigilantes going into Season 7?
EVAN: Nick’s stance on vigilantism has changed for sure. Episode seventeen of last season was a turning point for Nick, as Curtis’ heroic actions caused him to see vigilantism in more of a positive light. However, he still holds some reservations.

What surprised you about the show?
EVAN: I was surprised at just what a machine ARROW really is. Hundreds of people working everyday in unison to get it done right. It is so impressive.

Then what has been the best part about the experience of working on ARROW?
EVAN: The cast and crew. They have been so welcoming, It’s been my first experience where I feel like I’m at home on a show.

ARROW has spectacular action sequences and stunts. Do any stand out as favorites that you got to be a part of?
EVAN: For sure. It’s episode seventeen of last season, where Curtis takes a bullet for Nick. It’s by far my favorite sequence.

What do you think viewers will appreciate about the upcoming seventh season and Nick’s arc?
EVAN: Viewers can expect Nick to have a lot more responsibility. Dinah will have her work cut out for her this season and Nick is going to be right there to support her.

At this stage of your career, what do you think you have learned from the roles and projects you have worked on?
EVAN: The biggest thing that I have learned is just how much time and effort it takes to run a show and create a great experience for viewers. It really makes me appreciate the work.

What has surprised you most about your career so far?
EVAN: There haven’t been too many huge surprises, but I will say that I didn’t realize how collaborative the writing/acting/directing experience was until I booked this part. It’s a huge team effort!

Then what are the perks of where you are in your career right now?
EVAN: I think the benefit of being in this early stage of my career is that I haven’t been put into a box. The slate remains completely clear with regard to which project I’ll do next, or what role I’ll take on.

What has been your proudest achievement as a working actor at this point in your career?
EVAN: Booking ARROW. I am so proud to be on a show with such a loyal following.

You are also a musician and you have your first song coming out later this year. What can you share about it?
EVAN: I do! I have a few songs that are in the production stages right now. I’m not yet sure which one will be released first. It’s very blues and rock n’ roll. A lot of what I write is influenced by British and American pop rock music of the 60s and 70s. I’m really looking forward to the release—you can follow my Instagram for updates!

What continues to inspire you in your music and what would you like fans to know about your music?
EVAN: Every time I hear a good song I’m inspired to write. Some of my favorite artists include T.Rex, The Beatles, The Clash, Bruce Springsteen… anytime I hear their records, I have a need to write.

Has there been any great advice you have gotten about working as an actor?
EVAN: So much! That’s another thing that has been fantastic about working on ARROW—the actors I work with have so much experience and a lot of wisdom to share. I think the best advice I’ve received is that an actor is no different than a key grip on set… everyone has a job to do and you just do it. An approach like that helps de-glamorize the process and makes it easier to dive in.

What advice would you offer to other upcoming and aspiring actors?
EVAN: If you love performing and feel you have something to offer, do it.

Do you have any other upcoming projects that you can share that fans should keep an eye out for?
EVAN: There are a couple that are up in the air right now. I’ll know more in the next couple weeks leading up to our ARROW, season seven premiere!

To see how Nick’s story evolves and grows in Season 7, be sure to catch ARROW when it premieres on its new night Monday, October 15th at 8:00 p.m. on the CW. For more information and sneak peeks about the show, be sure to follow it on Twitter @CW_Arrow. Then to keep up with Evan’s career and adventures, be sure to follow him on Instagram @eroderickanderson