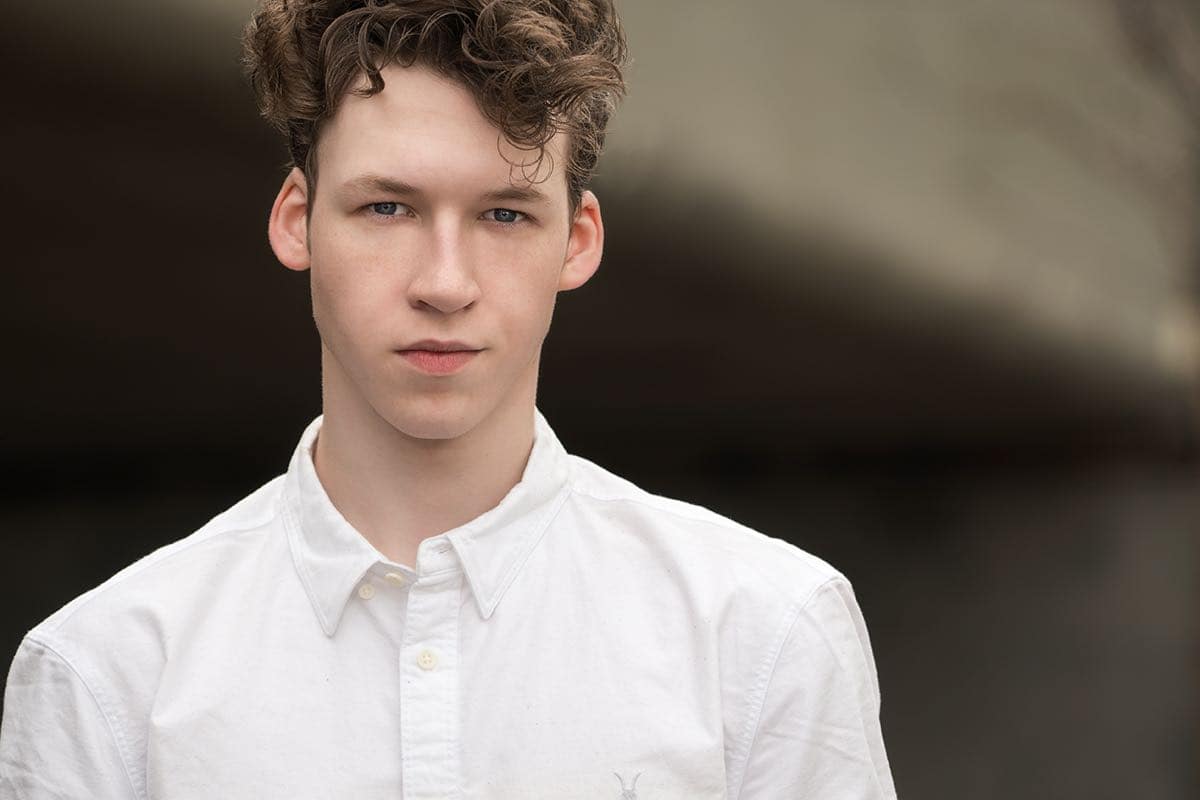 In the new Nextflix drama series 13 REASONS WHY, a teen’s death sparks a mystery when a set of tapes surfaces revealing ugly truths that everyone thought had died with her.  Just who was Hannah Baker (Katherine Langford) and why did she send the tapes to Clay Jensen (Dylan Minnette), a boy she hardly knew?  And what part did Tyler (Devin Druid) have in Hannah’s downward spiral?  In an exclusive interview, young actor Devin Druid shares a few insights to his character Tyler and also talks about being a young adult working actor in Hollywood.

What drew you to the role of Tyler in the Netflix series 13 REASONS WHY?
DEVIN:  He’s a complex guy with a lot going on. He’s dealing with so much at once, and as an actor I’m drawn to these types characters.

How would you describe your character Tyler?
DEVIN:  Tyler is a photographer for the school yearbook. He’s kind of an outsider and doesn’t have any friends. He tries to stay under the radar, and hides behind his camera.

What do you most admire and/or like about Tyler?
DEVIN:  He shows a real vulnerability and emotional quality that’s relatable.

What part does Tyler have to play in this series?
DEVIN:  He fell in love with Hannah and became obsessed with her, and his obsession led him to do things…things that made him one of the 13 Reasons Why Hannah took her own life.

What was it like working with Dylan Minnette, Amy Chernikoff, Katherine Langford, Christian Navarro, Michael Sadler, Justin Prentice, Jillian Nordby?  Who do you share the most screen time with so far?
DEVIN:  Well, some of those folks you mentioned are background talent. All the background worked so hard and contributed so much to the series. They are unbelievable. Everyone on the cast is amazing. They are the kindest, most genuine, and hard working group you can imagine. We bonded a lot over this past year. I think I share more screen time with Dylan (who plays Clay) and Michelle (who plays Courtney) than the others.

Then who cracks you up the most off camera?
DEVIN:  Ross (who plays Zach) and Katherine (who plays Hannah) are hysterical.

What has been your favorite part about working on the show so far?
DEVIN:  The cast and crew! And Brian Yorkey is just amazing

As an actor, what is the one thing you have learned from working on 13 REASONS WHY?
DEVIN:  How to channel real life experiences into my work. I’ve always tried to do that, but working on this show really gave me the opportunity to dig in deep and hone that skill

What do you hope viewers take away from watching 13 REASONS WHY?
DEVIN:  I hope it’s a conversation starter for people dealing with bullying or other issues that affect them. And maybe people who have bullied will recognize their behavior and it will motivate them to rethink how they treat others.

At this stage of your career, what do you think you have learned from the amazing variety of roles and projects you have worked on?
DEVIN:  That as an artist, you never stop learning. If you think you know it all, you can’t grow. If you can’t grow, you are no longer able to be open to new experiences.

Then what are the perks of where you are in your career right now?
DEVIN:  Having the ability to walk onto a set with award winning cast and crew and feel like I deserve to be there.

Has there been any great advice you have gotten?  What advice would you offer to other upcoming and aspiring actors?
DEVIN:  Best advice I’ve received: “Don’t act, BE.”   Advice I can give: “You have to give it everything. Be totally committed. Don’t give up.”

Do you have any other upcoming projects that you can share that fans should keep an eye out for?
DEVIN:  Nothing that I can speak about right now.

What do you aspire to do next?
DEVIN:  I’m open to play Tim Drake, if Warner Bros wants to hit me up….

To find out what part that Tyler may or may not have played in Hannah Baker’s life and death, be sure to tune in for the premiere of 13 REASONS WHY when it is released on Netflix on Friday, March 31, 2017.

To see more about the series, check out this preview: