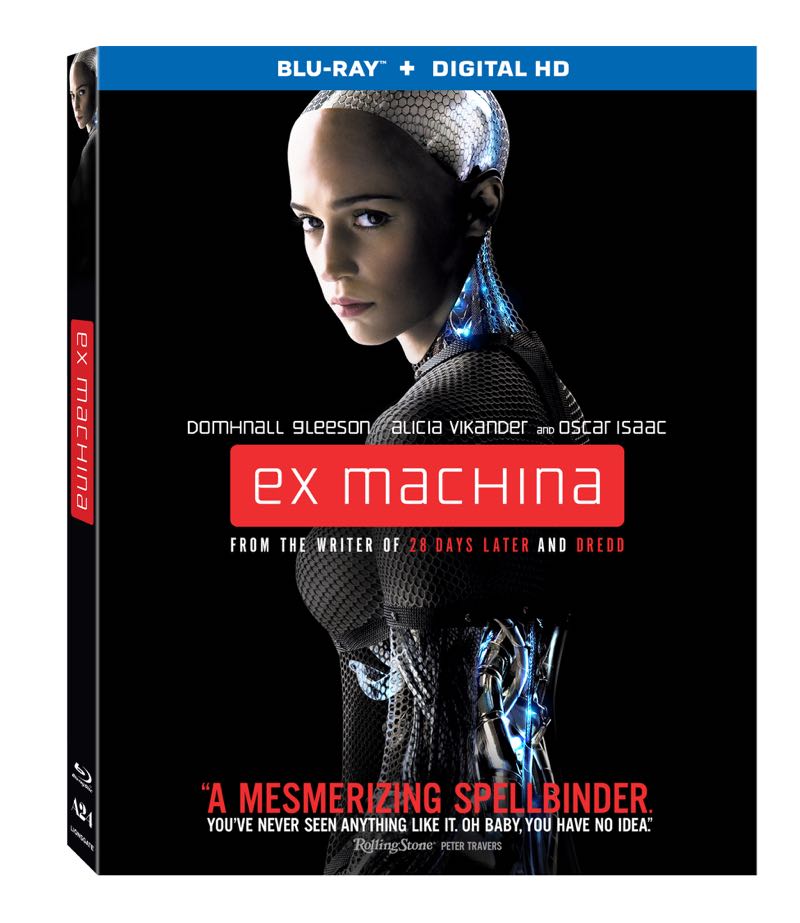 The stylish, psychological thriller Ex Machina will leave audiences enthralled when itarrives on Blu-ray™ (plus Digital HD) and DVD (plus Digital) July 14th from Lionsgate Home Entertainment. After blowing away critics at its U.S.premiere at the 2015 SXSW Film Festival, the highly anticipatedsci-fi film was theatrically released by A24 and has been applauded as “sizzlingly smart, gorgeous and astute” (Wall Street Journal), “a triumph” (The Playlist), and “the year’s best sci-fi movie” (Esquire). Rotten Tomatoes Certified Fresh, Ex Machina is about a breathtaking android (A.I.) whose emotional intelligence proves more sophisticated-and more deceptive-than man could have imagined. Making his directorial debut, Ex Machina was written and directed by Alex Garland (writer of 28 Days Later, Dredd) and stars Domhnall Gleeson(upcoming Star Wars: Episode VII – The Force Awakens, Unbroken), Alicia Vikander(upcoming The Circle, A Royal Affair) and Golden Globe®-nominated actor Oscar Isaac (upcoming Star Wars: Episode VII  – The Force Awakens, A Most Violent Year).

After winning a competition to spend a week at the mountain estate of his company’s brilliant CEO (Isaac), programmer Caleb (Gleeson) arrives to discover he has been chosen to take part in a study of artificial intelligence. Sworn to secrecy and cut off from the outside world, Caleb meets his subject, a beguiling and seductive android (Vikander)-and is plunged into an A.I. experiment beyond his wildest dreams in this epic thriller charged with heart-stopping suspense.

The Blu-ray and DVD are packed with spellbinding extras including an in-depth behind-the-scenes featurette that examines the story development, the cast and characters, the production design, cinematography and location shooting in Norway, costumes and makeup and finally, visual effects along with a wrap-up.  The discs also contain a Q&A with cast and crew from SXSW and eight vignettes.  In addition, this release marks the first time a Blu-ray features DTS:X immersive audio technology. DTS:X replicates and conveys the fluid movement of sound to create a richer soundscape than previously possible by moving sound to precisely where the mixer placed it. Ex Machina will be available on Blu-ray™ and DVD for the suggested retail price of $24.99 and $19.98, respectively. 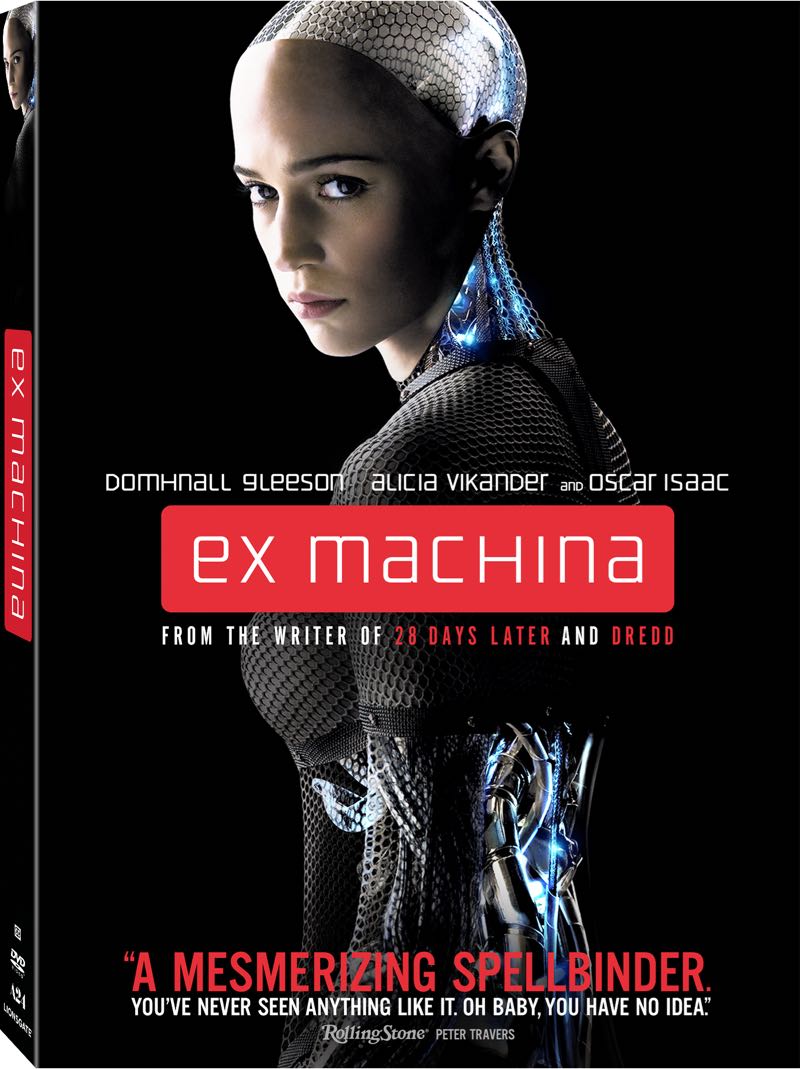