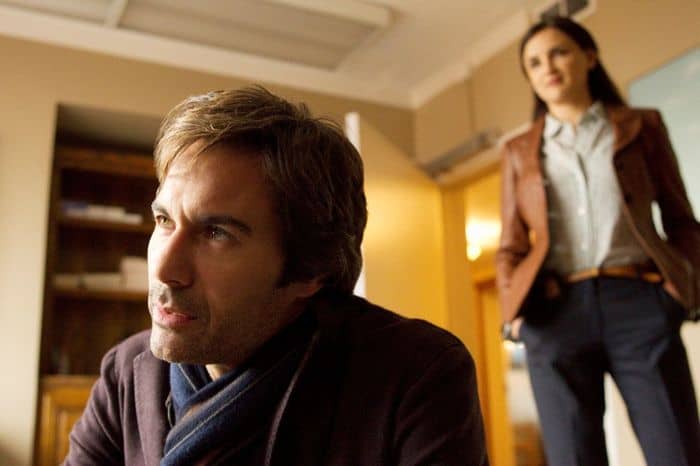 Emmy(R) and Screen Actors Guild Award(R) winner Eric McCormack (Will & Grace, Who Is Clark Rockefeller?) has signed up to play the lead role in TNT’s PERCEPTION (working title), a dramatic pilot from executive producer Kenneth Biller (Smallville, Legend of the Seeker) and co-executive producer Mike Sussman (Star Trek: Voyager). This marks McCormack’s third project with TNT after previously starring in the 2009 series Trust Me and co-producing the 2007 pilot Imperfect Union. He will also act as a producer on PERCEPTION.

PERCEPTION centers on Dr. Geoffrey Pierce, an eccentric neuroscientist who uses his unique outlook to help the federal government solve complex cases. With an intimate knowledge of human behavior and a masterful understanding of the mind, this quirky, crime-solving professor pulls lessons from an odd and imaginative view of the world. Biller and Sussman penned the pilot, which is produced for TNT by ABC Studios.

“Eric McCormack is an intelligent, intuitive and versatile actor who is adept at both comedy and drama,” said Michael Wright, executive vice president, head of programming for TNT, TBS and Turner Classic Movies (TCM). “We’re very excited to work with him again and can’t wait to see what he brings to the fascinating character of Dr. Geoffrey Pierce.”

McCormack got his start as an actor in Toronto more than 20 years ago. After five seasons with the Stratford Shakespearean Festival and stints in theaters across Canada, he came to the United States, where he has appeared in dozens of series and TV movies.

In 1998, McCormack took on the role of Will Truman in NBC’s long-running hit series Will &amp; Grace, which earned him five Golden Globe nominations and the Emmy for Outstanding Lead Actor in a Comedy Series. McCormack followed that success with memorable performances in Who Is Clark Rockefeller?, the miniseries The Andromeda Strain and the comedy series The New Adventures of Old Christine. He was also a producer on Lifetime’s Lovespring International.

McCormack made his Broadway debut in The Music Man in 2001 and returned to the New York stage in 2006 in Neil LaBute’s Some Girl(s).