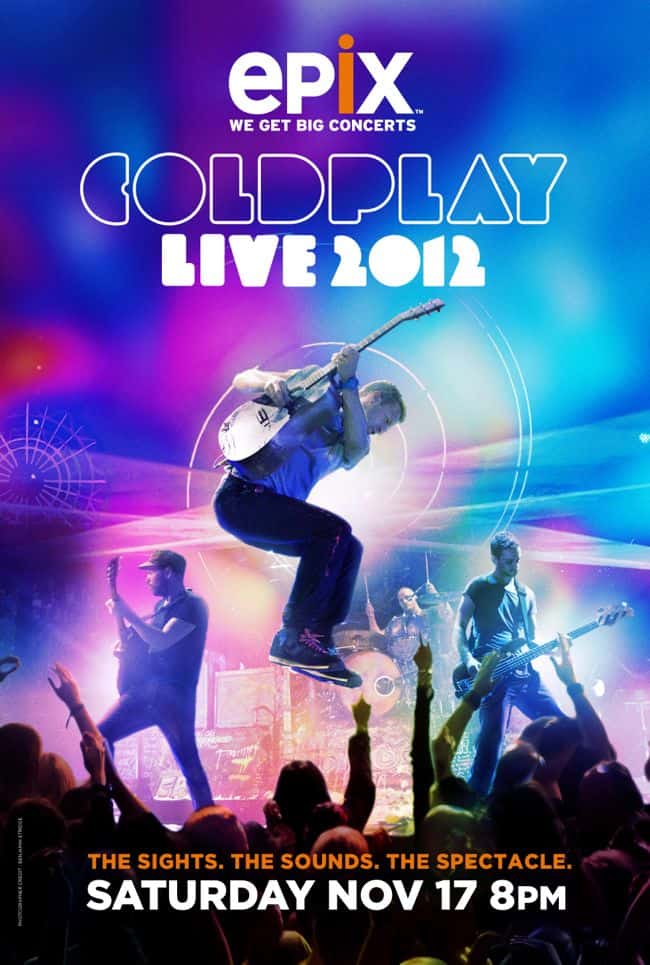 Premium network EPIX will premiere the new Coldplay tour film Live 2012 as an EPIX Original Concert Event in the U.S. on November 17th, followed by the release of the tour film for purchase on November 20th.

Coldplay frontman Chris Martin said: “The Mylo Xyloto tour has been the most fun we’ve ever had as a band. It’s felt very uplifting right from the start; partly because we are proud of the music, the LED wristbands, the pyrotechnics, the lasers and all of that stuff, but mainly because of the amazing audiences that we’ve been playing for. Over the years, our crowd has become more and more a part of the concert itself. They’re loud, diverse, full of soul, and make the songs sound much better than we can on our own. We wanted to try to bottle the incredible feeling that they give us, and hence our concert film.”

“Coldplay put so much into the tour, it’s a spectacular feat and fun to behold. We’re pleased to give all their fans front row access by premiering the concert on EPIX,” said Mark Greenberg, EPIX CEO.

The film was directed by Paul Dugdale, previously responsible for Adele’s Live at the Royal Albert Hall and The Prodigy’s Worlds On Fire concert films. Jay Faires of JFEwas the executive producer. Live 2012 will be released by Capitol Records on CD/DVD, Blu-ray/CD and digitally. It is available to pre-order now.