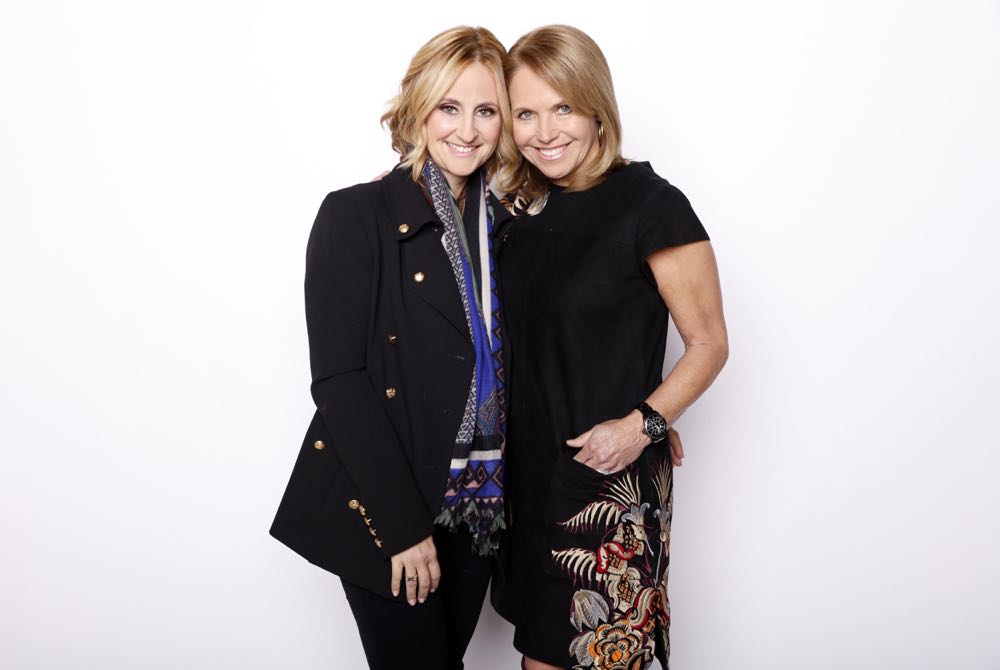 Premium TV network EPIX(R) announced it has secured exclusive rights in the U.S. and Canada to Atlas Films’ Under the Gun, a provocative new documentary from Katie Couric (Executive producer and narrator of the 2014 documentary Fed Up, Yahoo Global News Anchor, best-selling author) and Stephanie Soechtig (Fed Up, Tapped) that presents a balanced look at the gun debate. The feature length documentary, which received significant praise and attention at this year’s Sundance Film Festival, makes its World Television Premiere on EPIX and across all EPIX platforms on May 15 at 8pm ET/PT, 7C during the EPIX Free Preview Weekend (May 12-15). EPIX is collaborating with the filmmakers on a robust social marketing campaign that will include an expansive grassroots program designed to mobilize affinity groups across the country through a series of local market screenings and town hall events.

Lionsgate will coordinate the release of Under the Gun in select theaters in New York and Los Angeles, as well as manage digital distribution on platforms including Electronic Sell-Through and Transactional Video on Demand. Lionsgate has also acquired Canadian rights.

In Under the Gun, Couric and Soechtig – the team responsible for Fed Up, which looked at the food industry and the alarming spread of childhood obesity – examine why, despite the increase in deaths at the hands of guns and the outpouring of shock and outrage that comes with it, our nation has failed to respond with meaningful action. What is keeping the two sides of this debate – those favoring stricter gun control laws and Second Amendment purists like the NRA – from finding common ground? Through the lens of families impacted by the mass shootings in Newtown, Aurora, Isla Vista and Tucson, as well as daily gun violence in Chicago, the film examines why our national politicians are refusing to act and what is being done at the state and local levels.

Mark S. Greenberg, President & CEO of EPIX, said: “During this Presidential election year, we at EPIX want to contribute to the national dialogue on the major issues affecting our country today. I can think of no more pressing subject than gun violence, and I am extremely proud to bring Under the Gun to EPIX viewers. The gun debate, with its core issues of gun rights and gun violence, is one of the most polarizing taking place in our society today. In Under the Gun, Katie and Stephanie bring their dynamic talent and perspective to this complex, multi-faceted issue and present honest, unbiased, and thoughtful commentary to this subject that has real life or death consequences.”

Katie Couric said: “I’ve covered mass shootings and gun violence throughout my career, but following the massacre at Sandy Hook, I was confused by the disconnect between public opinion (over 90% of Americans supported universal background checks) and public policy. I hope this film will help people have a better understanding of how we got to this point. Now is the time for a truly informed, rational conversation about gun violence and I’m thrilled EPIX and Lionsgate are committed to making this film available to the widest audience possible so we can do just that.”

Stephanie Soechtig said: “We are pleased to make EPIX the home for Under the Gun. As both filmmakers and citizens who are deeply concerned about this issue, it was important for us that our film be seen by the widest possible audience. EPIX showed a unique willingness and commitment to make Under the Gun available to the entire country – for free – by premiering it during EPIX’s nationwide free preview. Making our film available to anyone with an Internet connection was something that no service or network other than EPIX was willing to do. Their belief in this cause, and the passion that they bring to it, made them the obvious choice for Katie and me.”

The filmmakers decided not to mention the names, nor show the photos, of any shooters.

Key facts explored in Under the Gun include:

Gun violence is the second leading cause of death among children aged 10-19 in the U.S. (Source: Children’s Defense Fund — the first leading cause is unintentional injuries/accidents)

93% of Americans support requiring background checks for all gun buyers, including 84% of gun owners and 74% of NRA members. (Sources: Quinnipiac, 2015 and John Hopkins Center for Gun Policy and Research, 2013)

90% of guns used in crimes can reportedly be traced back to just 5% of gun dealers. (Source: Brady Campaign)

The manufacture and distribution of teddy bears is more tightly regulated for health and safety than handguns.

Under the Gun is produced by Atlas Films in association with Carellie Productions and directed by Stephanie Soechtig. Katie Couric, Regina K. Scully, Michael Walrath and Michelle Walrath are the executive producers. Olivia Ahnemann, Joshua Kunau, Kristin Lazure and Soechtig are the producers. The screenplay is by Mark Monroe, Brian Lazarte and Soechtig. The director of photography is Josh Salzman, the editor is Brian Lazarte and music is by Brian Tyler. Katie Couric is the narrator.

The Guardian: “Absorbing and gripping, this documentary details the rise of the NRA into a lobbying powerhouse – and provides an incentive to get involved in the debate.”

Variety: “Cutting through political talking points to focus on facts and firsthand accounts, “Under the Gun” is an essential primer on the rise of gun violence in the U.S.”