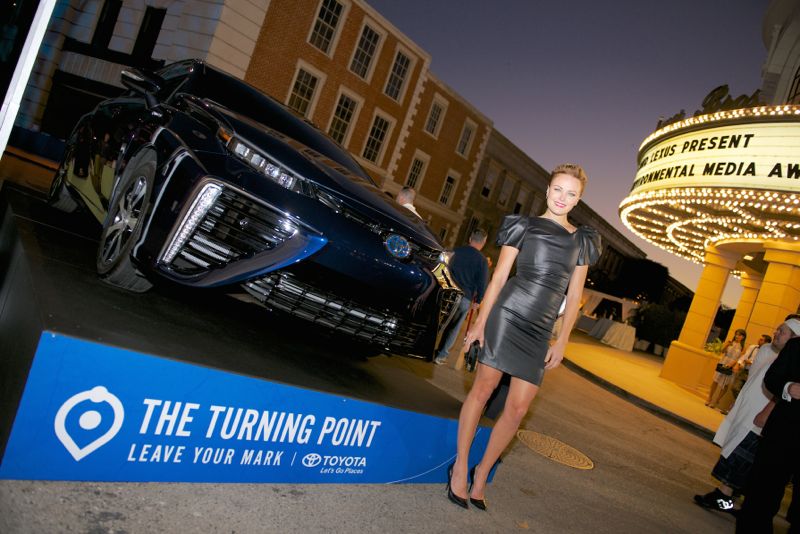 In addition to the winners, a number of honorees were highlighted for their effort to encourage eco-conscious messaging and content in entertainment programming. Honorees included: the executive producers of the groundbreaking SHOWTIME® docu-series Years of Living Dangerously – Daniel Abbasi, Joel Bach, James Cameron, David Gelber, Arnold Schwarzenegger, Jerry Weintraub and Maria Wilhelm – received the EMA Outstanding Achievement for Environmental Content Award; Fox Broadcasting Company (FOX) was distinguished with the EMA Green Production Award for producing the Fox Fall Eco-Casino Party; and National Geographic Explorer-in-Residence Dr. Enric Sala and the Pristine Seas Project was honored with the inaugural EMA Board of Directors Heroes Award.

Presented by Toyota and Lexus, the event was hosted by veteran Board member Ed Begley Jr. The show opened with a song from Hot in Cleveland’s Wendie Malick, who was joined by Castle’s Stana Katic and Begley Jr. Additionally, actors Malin Akerman and Rob Corddry entertained the audience, announcing the winner of one of Toyota’s first zero-emission fuel cell vehicles (FCV) in the U.S. following a $100 opportunity drawing. Lastly, Sharon Osbourne took to the stage to announce her decision to go green, inspired by her co-presenter and friend Sara Gilbert. The green carpet and the awards show were live-streamed on E! Online from the Steven J. Ross Theater on the Warner Bros. lot.

“Over the past 25 years, the Environmental Media Association has tirelessly worked alongside the entertainment community to influence awareness when it comes to our environment. I am honored and privileged to be part of this impactful organization for most of those 25 years,” said Ed Begley, Jr. “While we have seen many amazing changes in environmental content in television, film and now digital to greener productions from indies to summer blockbusters, we know that there is much work to be done, and we look forward to the next quarter century. EMA is a pioneer when it comes to education about environmental issues and truly that is what makes all the difference. Knowing the issues and taking small but meaningful steps is what EMA is all about. We have always believed in the power of the individual to help make our children’s future a cleaner and safer one.  We’re confident that media can motivate the public to rally together to make this happen.”

The evening was truly a green production as dinnerware was compostable and glassware was reusable. In addition, chef stations utilized local, seasonal and organic food, while many presenters and attendees wore green designers. Even leftover food was donated to a homeless shelter through the Greater West Hollywood Food Coalition.

The 2014 Environmental Media Award winners are as follows: