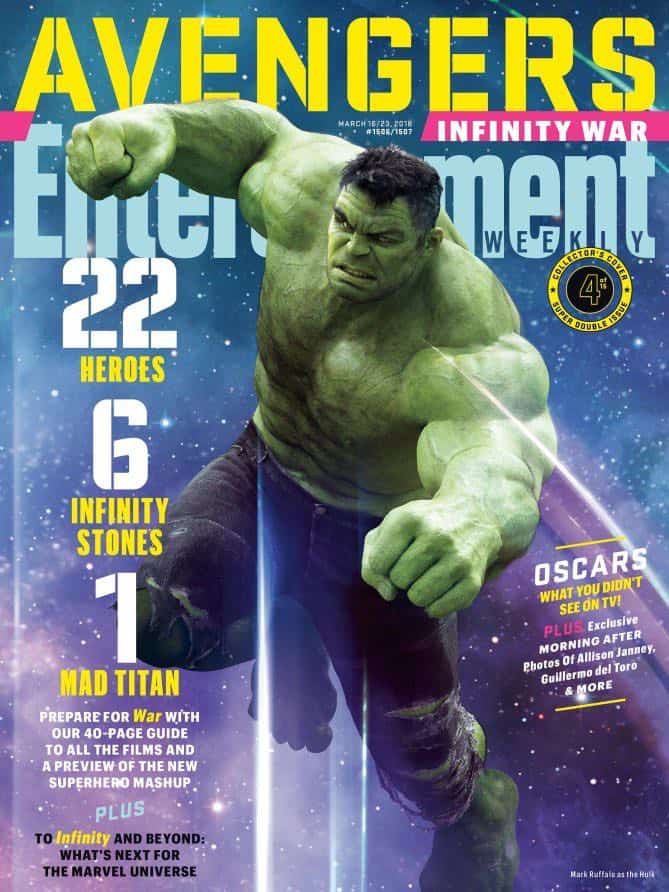 Today, Entertainment Weekly released 15 unique covers for their upcoming issue dedicated to Marvel Studios’ “Avengers: Infinity War,” arriving in theaters April 27! “Avengers: Infinity War” will hit theaters May April 27th, 2018, with the second part following on May 3, 2019. Hold onto your hats, True Believers, because Phase 3 of the Cinematic Universe is going to be one wild ride!

The issue features details of a special set visit to the film, exclusive interviews with cast and crew, behind-the-scenes insights, a special look at the evolution of female super heroes, comic book recommendations, and so much more! The covers present the latest look at the heroes—and villain—preparing for War, and when combined, they form the Avengers logo spread across a cosmic backdrop. Check them out below, and collect all the issues when they hit stands tomorrow!