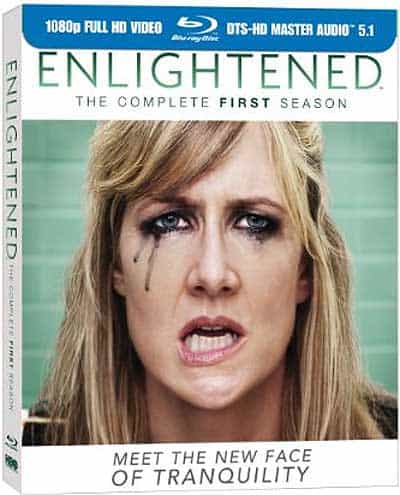 Seat42f and HBO have teamed up to give FOUR lucky winners a copy of ENLIGHTENED Season 1 on BLURAY. For a chance to win leave a comment below telling us why you want to add ENLIGHTENED Season 1 to your BLURAY collection. Only one entry per person. Contest ends January 15th. Winners will be notified on January 16th via email so make sure to use a valid email address when you post your comment.

40-year-old Amy Jellicoe has a dramatic transformation inspiring her to adopt a new attitude of inner peace and healing. Unfortunately, her new enlightened outlook is unwelcome and even threatening to her co-workers and loved ones. A unique blend of comedy and drama, Enlightened stars Academy Award® and Emmy® nominee Laura Dern, who won a Golden Globe® for Best Actress in a Comedy for her performance. Dern also executive produces the series along with Mike White, who co-stars, writes and directs. Enlightened: The Complete First Season, releases on Blu-ray ($49.99), DVD ($39.98) and Digital Download on January 8, 2013.

During its debut, the show was praised by critics as “the most interesting and ambitious series of the fall season” (The Los Angeles Times) and “a gorgeously filmed, perfectly written and flawlessly performed masterpiece” (E! Online). The DVD and BD copies both include “Inside the Episodes” summaries and four audio commentaries with cast and crew including Dern, White and Diane Ladd.

Amy, an ambitious executive at a global conglomerate, has been her own worst enemy for most of her adult life. Her self-destructive choices, both at home and at work, have resulted in a very public, humiliating nervous breakdown. After an extended stay at a treatment center in Hawaii, Amy returns to her fractured life, determined to lead a more enlightened existence. However, her newfound noble intentions only ratchet up the drama, wreaking unexpected havoc on those around her. Enlightened features an all-star ensemble cast including Luke Wilson as Amy’s drug-addicted ex-husband Levi and Academy Award® nominee Diane Ladd as Amy’s disapproving mother Helen, Sarah Burns as Krista, the former assistant who has taken Amy’s old job, Timm Sharp as Amy’s sleazy boss Dougie, Amy Hill as Judy, the no-nonsense human resources rep who won’t give Amy a break, and White as Amy’s seemingly meek co-worker Tyler.