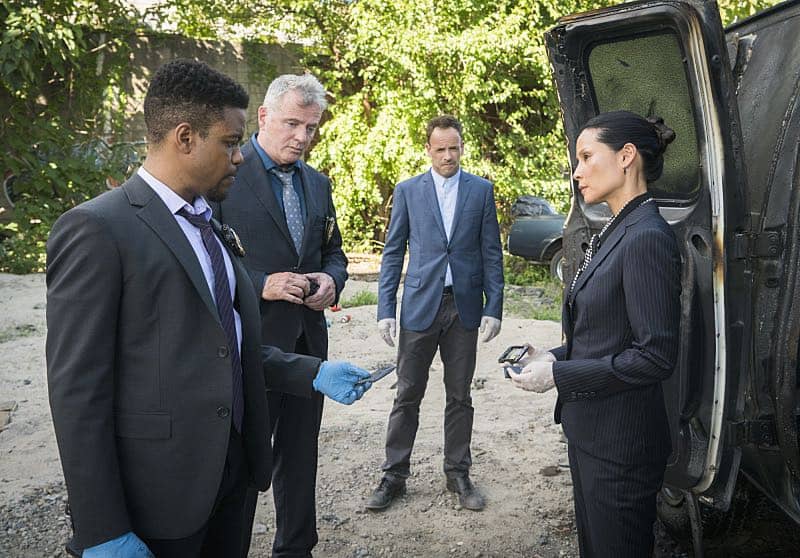 “Render, and Then Seize Her” – Holmes learns a secret about Captain Gregson’s girlfriend when she hires him for a case she wants kept off of Gregson’s radar. Also, Holmes and Watson join the NYPD’s search for an abducted woman, on ELEMENTARY, Sunday, Oct. 23 (10:30-11:30 PM, ET/10:00-11:00 PM, PT) on the CBS Television Network.

ELEMENTARY Season 5 Episode 3 Photos Render, and Then Seize Her