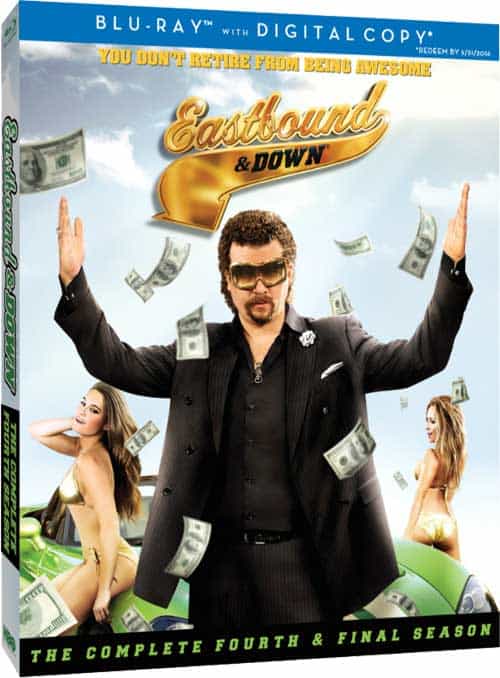 Life has thrown a lot of curve balls to washed-up former major-league pitching ace Kenny Powers. After a disgraceful return to his hometown, a failed attempt at coaching, a soul-searching season in Mexico, a successful return to the minor leagues and a not-so-successful attempt at single fatherhood, Kenny finally hung up his cap to become a full-time family man. But can he ever truly say goodbye to the fame and fortune afforded by his baseball career?Find out when Eastbound & Down: The Complete Fourth Season debuts on Blu-ray with Digital Copy ($39.98) and DVD ($29.98) on May 13, 2014

The final season of the hit HBO® comedy series finds Kenny (Danny McBride) struggling with his identity after fleeing his successful comeback to the minors by faking his own death and returning home to the love of his life, April, and their son Toby. Years later, Kenny is settled quietly into family life in North Carolina, working as an assistant manager at a car rental outlet, trying to piece together a screenplay about his life story and numbing the yearning to return to the vices of his glory days with boring couples’ nights and bland dinner parties. But when a former teammate turns up with an opportunity for Kenny to get back in the game as a celebrity commentator – and to live the rich, famous lifestyle he deserves – Kenny begins to wonder whether the time is right for a comeback of a different sort. 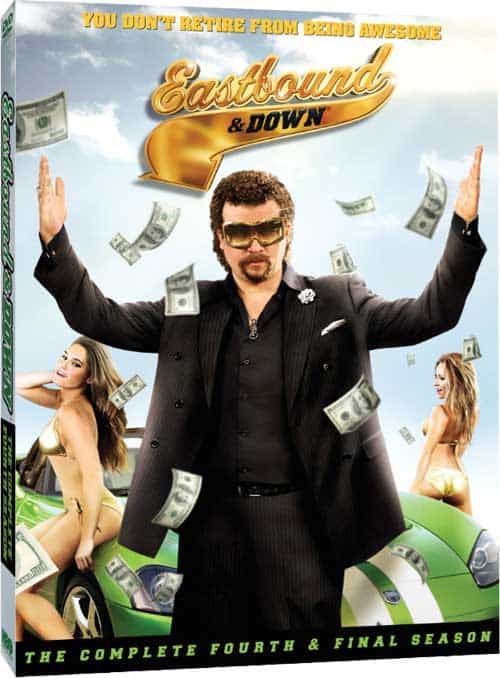