EA and award-winning developer Crytek GmbH today announced the Crysis 2 Multiplayer Demo. Starting January 25, the multiplayer demo will be available exclusively on the Xbox 360 videogame and entertainment system for Xbox Live Gold Members and will allow them to experience the unparalleled gameplay variety offered by the franchise’s signature Nanosuit in a multiplayer setting. In 2010, Crysis 2 was honored with over a dozen awards from critics around the world in recognition of its intense, addictive and stunning multiplayer. Crysis 2 multiplayer catapults players into a war-torn Manhattan where two teams fight to the death, each using the powers of the Nanosuit to be fast, be strong and be invisible. Maps will be set across Crytek’s stunning recreation of New York City, presenting players with vertical gameplay that allows them to strategize, attack and defend from above and below.

“Crysis 2 offers a fresh, new take on multiplayer – one that will stand out and establish the game as a top contender in the first person shooter genre,” said Cevat Yerli, CEO of Crytek. “The Nanosuit gives gamers a sense of power they have yet to experience in any other shooter and having New York City as a backdrop will present a different type of playground with even more possibilities.”

The Crysis 2 Multiplayer Demo will feature the “Skyline” map, and two game modes: “Team Instant Action” and “Crash Site.” “Team Instant Action” pits two teams against each other as they kill as many opponents as possible to earn higher ranks. In “Crash Site,” players will battle for control of alien drop pods, earning points by guarding their pods and keeping enemies at bay. Developed by Crytek UK, Crytek’s specialist multiplayer studio, Crysis 2 multiplayer will include six gameplay modes and 12 maps set across recognizable locations in New York City. Throughout the campaign, players can earn up to 50 multiplayer ranks and a variety of different upgrades to their weapons and their Nanosuit. To learn more information on the Crysis 2 Multiplayer Demo, please visit crysis.ea.com/demo.

Gamers who pre-order Crysis 2 will receive a copy of the Limited Edition of the game which includes bonuses such as a camouflage skinned SCAR assault rifle and early access to the Holo Decoy attachment, a weapon attachment that projects a moving holographic mirror of the player*. Platinum Dog Tags displaying a player’s multiplayer rank and stats will also be available with the Limited Edition along with a Bonus XP award which can be used to boost a player’s rank*.

Built on Crytek’s new state-of-the-art multiplatform game development system, CryENGINE 3, Crysis 2 will be available for the Xbox 360 videogame and entertainment system, PlayStation 3 computer entertainment system and PC on March 22, 2011 in North America and March 25, 2011 in Europe. For more information on Crysis 2, please visit the Official Website, or mycrysis.com and follow the game on Twitter at crysis or “Like” Crysis on the Facebook Fan Page.

* Conditions and restrictions apply. See back of pack for details.

New Report Shows Older Female Gamers Are On The Rise

Whether it’s motivated by the increased indoor time in 2020 or quickly improving technology and platforms, gaming has… 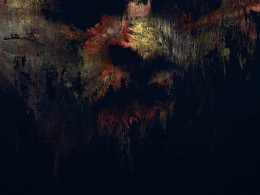 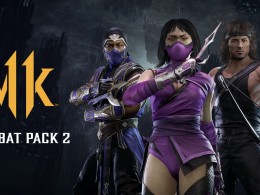 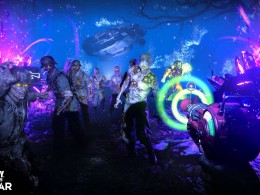 Alongside a mind-bending Campaign and the next generation of Multiplayer combat, Black Ops Cold War will include another…