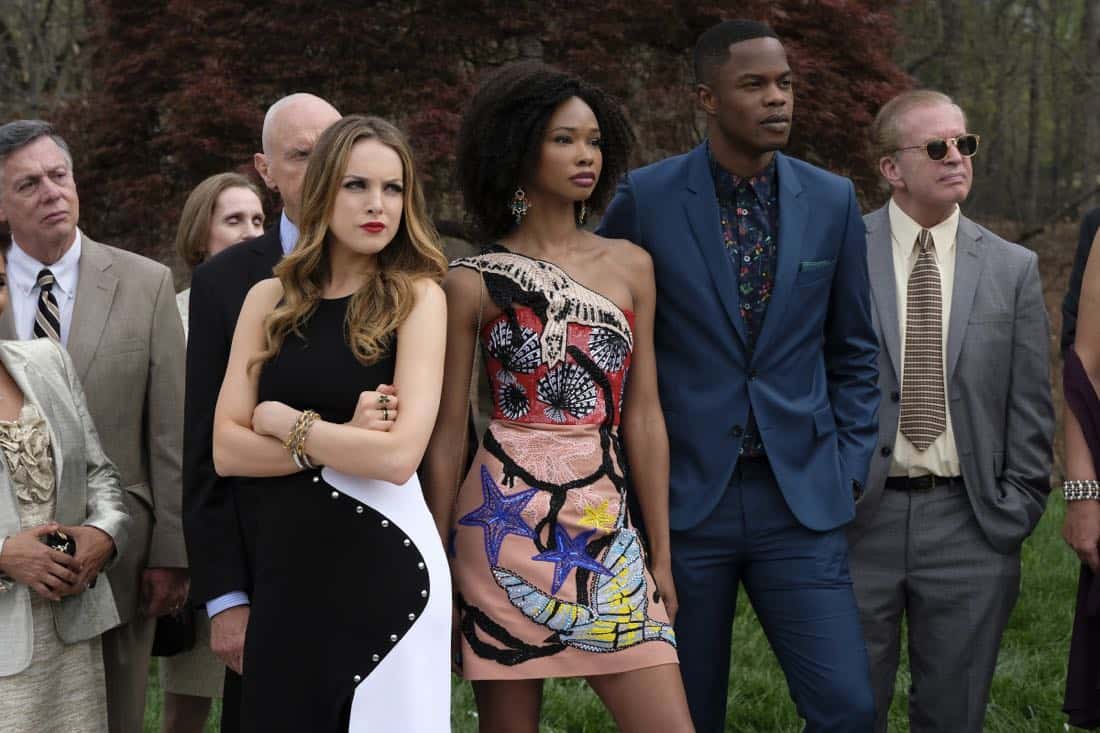 Family dynasties flow through blood, and Fallon would sooner draw blood than call Cristal “Mom.” Fallon asks Culhane (Robert Christopher Riley), the family’s chauffeur – and Fallon’s secret lover – to help expose Cristal for the fraud Fallon thinks she is. But when that backfires, and Blake chooses Cristal over his own daughter, Fallon sides up to Blake’s biggest rival, Jeff Colby (Sam Adegoke), mixing business and pleasure to seek her revenge… leaving a jealous Culhane to watch from the sidelines. While the Carringtons’ rocky relationships prove the theory that family sticks together no matter what, Cristal is reminded of exactly that when her nephew, Sammy Jo (Rafael de la Fuente), arrives with a suitcase full of secrets from Cristal’s past. Now Cristal’s carefully concealed history could bring her future crashing down – and who knows who she might take down with her