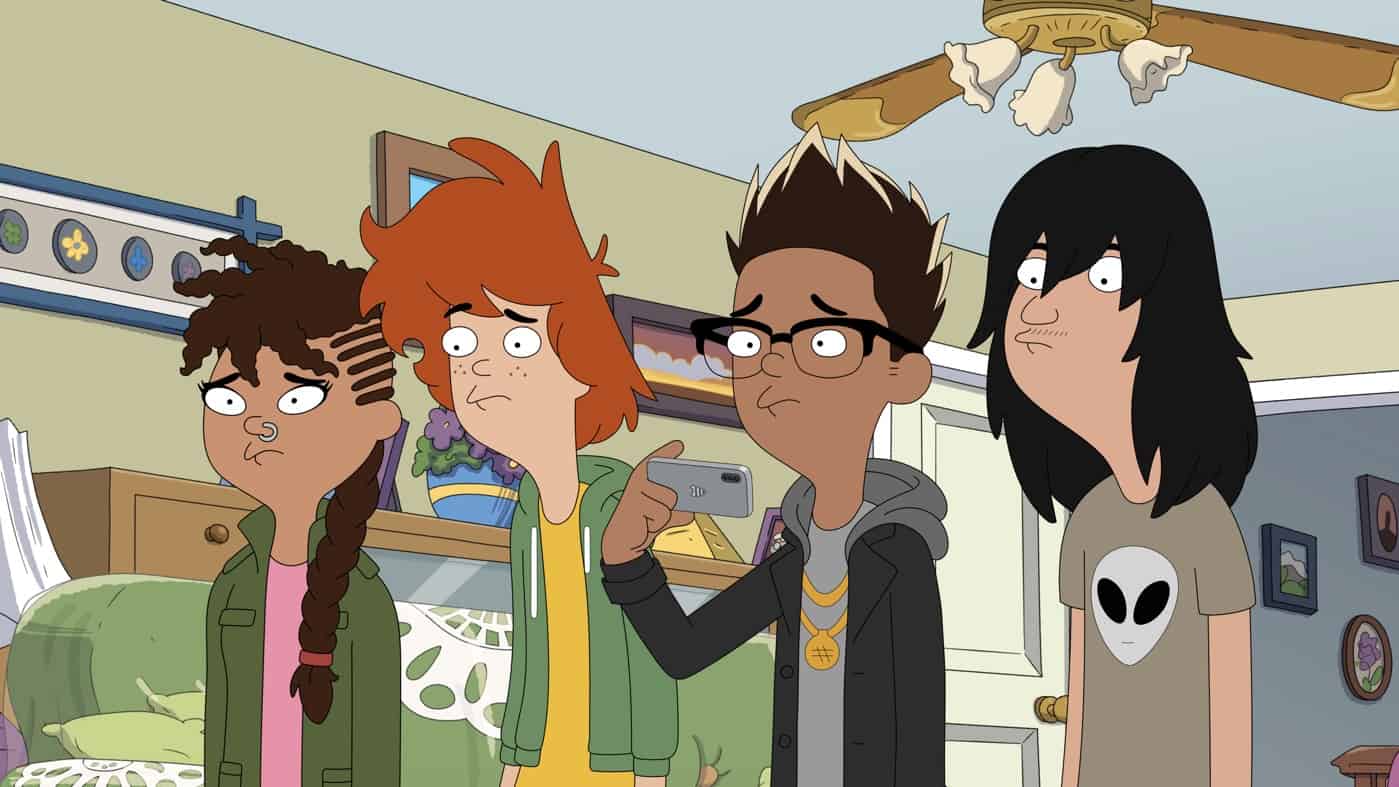 DUNCANVILLE Season 2 Episode 5 Photos Party Like A Rocket Star Jack and Annie hijack a middle school party thrown by the cool kids, to which Kimberly wasn’t invited. They then devise a plan to get the kids to their house, so Kimberly can “up” her popularity game, but things get out of hand. Meanwhile, Duncan and his friends work on creating a viral video, so they can become the next internet sensations in the “Party Like a Rocket Star” episode of DUNCANVILLE airing Monday, June 14 (9:30-10:00 PM ET/PT) on FOX. DUNCANVILLE © 2021 by 20th Television, Universal Television LLC and Fox Media LLC. s02e05 2×05 2.05 s2e5