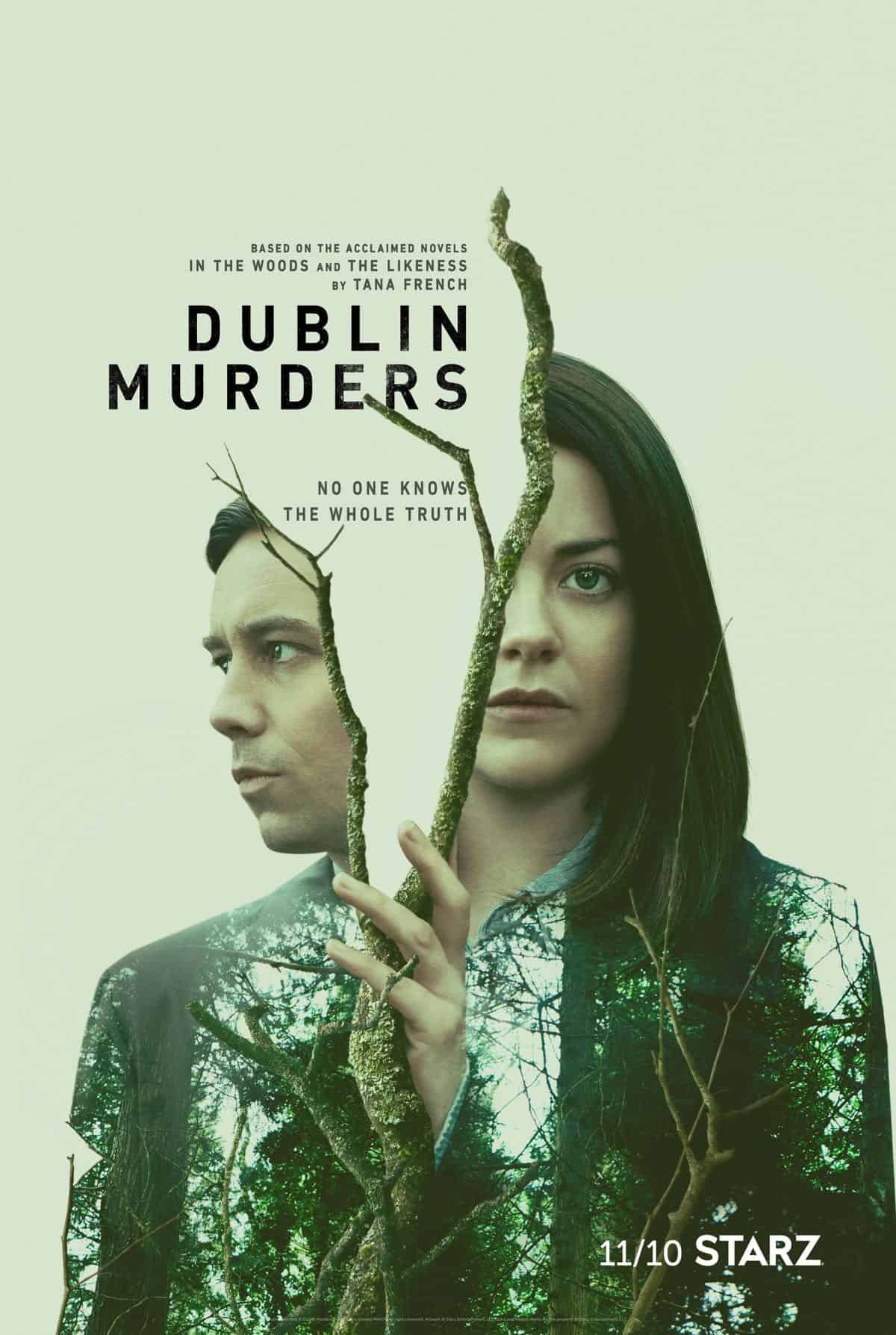 Starz, a Lionsgate company (NYSE: LGF.A, LGF.B), announced today that the STARZ Original series “Dublin Murders” will premiere on Sunday, November 10, 2019, at 8 PM ET/PT on STARZ. In addition, the network unveiled the official trailer as well as the original key art.

“Dublin Murders” will debut the first of its eight episodes on STARZ on Sunday, November 10, 2019, at 8 PM ET/PT, followed by successive episodes each week. Simultaneously, the series will debut on the STARZ app, STARZ On Demand and STARZPLAY across Europe and Latin America.

Set during the height of the Celtic Tiger financial boom of the millennium, “Dublin Murders” focuses on two murder investigations led by ambitious and charismatic detectives Rob Reilly (Killian Scott of The Commuter, “Ripper Street”) and Cassie Maddox (Sarah Greene of “Penny Dreadful,” “Ransom”). The victims are seemingly unrelated, but as audiences will discover, they are knitted together by powerful shared themes – the macabre “red in tooth and claw” elements of both stories and their heart-thumping psychological thriller qualities. Additional cast members include Conleth Hill (“Game of Thrones”) and Tom Vaughan-Lawlor (Avengers: Infinity War, Avengers: Endgame, “Love/Hate”).

Join the conversation with #DublinMurdersSTARZ