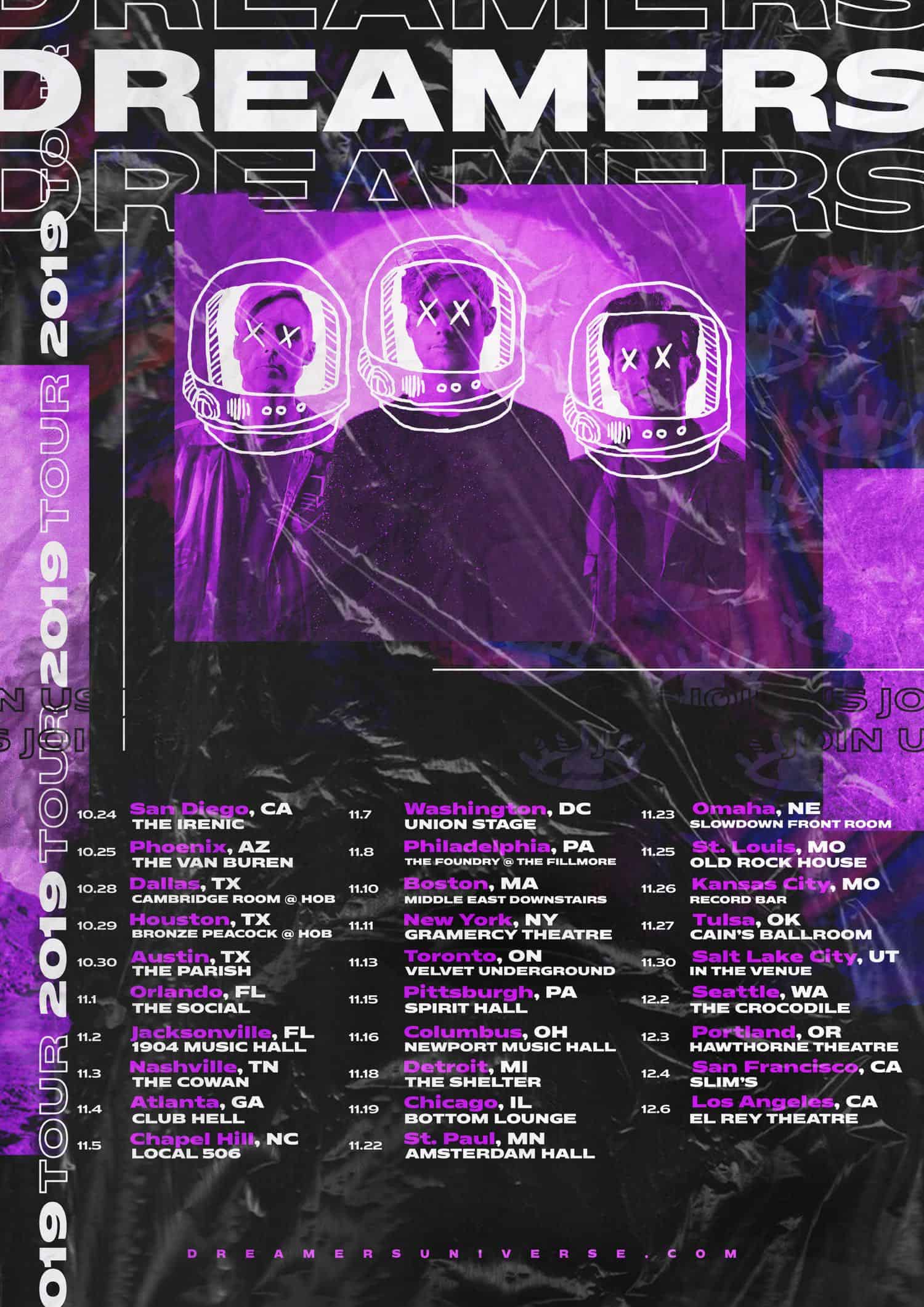 Fresh off a blistering set at this year’s Lollapalooza, and in the midst of their cross-country tour with 311 and Dirty Heads, the alternative pop-rock trio DREAMERS have announced a 29-city North American headline tour kicking off Oct. 24 in San Diego and wrapping on Dec. 6 at the El Rey in Los Angeles. In addition, continuing their festival appearances which also included Governor’s Ball, DREAMERS are gearing up to make their debut at this year’s Reading & Leeds Festivals (Aug. 23 & 24).

Filled with grunge guitars layered over psychedelic aesthetics DREAMERS music toys with themes of existence and existentialism, but it’s easy enough to get sucked into their world and dance the big questions away. “Die Happy” off of their second full-length album LAUNCH FLY LAND, enters its fourth week in the Top 20 on Alternative Radio and album track, “Someway, Somehow” is featured on hit show The Hills. Stream LAUNCH FLY LAND here or purchase here.

Everything that’s worthwhile in life starts with an idea, but in order for that dream to be fully realized it has to be followed up with hard work, creativity and hope. Those traits lie at the core of DREAMERS, a project that was born out of frontman Nick Wold’s seemingly impossible dream of rock stardom. Luck would have it that as soon as the songs started coming together, Wold met bassist/keyboardist/vocalist Nelson and they decided to join forces. They released their self-titled debut EP later that year and DREAMERS’ first single “Wolves (You’ve Got Me)” was soon in rotation on SiriusXM’s Alt Nation, a nearly unprecedented milestone for a new act. The group then linked up with drummer/vocalist Jacob Wick, and began touring full-time. The following year DREAMERS release their debut full-length album, This Album Does Not Exist, which featured breakthrough songs like “Sweet Disaster,” and the band followed that up with a pair of EPs, LAUNCH and FLY, in 2018. The trio then released LAUNCH FLY LAND, their second full-length album in 2019. This is only the beginning for DREAMERS!