Seat42F and Paramount Home Media have teamed up to give ONE lucky winner an awesome DOWNSIZING prize pack pictured above and ONE runner-up winner a copy of DOWNSIZING on 4k Blu-ray. For a chance to win send an email to downsizing4K@seat42f.com and tell us your favorite Matt Damon movie. Only one entry per person. Contest ends March 27th. Winners will be notified on March 28th via email.

When scientists find a way to shrink humans to five inches tall, Paul Safranek (Academy Award winner** Matt Damon) and his wife Audrey (Kristen Wiig) decide to ditch their stressed out lives in order to get small and live large in a luxurious downsized community.  Filled with life-changing adventures and endless possibilities, Leisureland offers more than riches, as Paul discovers a whole new world and realizes that we are meant for something bigger.  “Brilliant and daring” (Shawn Edwards,
Fox-TV) and “full of surprises” (Noah Gittell, Nerdist), DOWNSIZING also stars Academy Award winner Christoph Waltz and Hong Chau in a breakthrough performance that earned her Golden Globe® and SAG nominations.

The DOWNSIZING 4K Ultra HD and Blu-ray Combo Packs include nearly an hour of fascinating bonus content with six behind-the-scenes featurettes. Join the incredible cast including Matt Damon and Kristen Wiig, plus Academy Award-winning director Alexander Payne to see how his unique vision was brought to life. Take a journey on set and check out the production design and visual effects behind the miniaturized world of Leisureland, and much more! 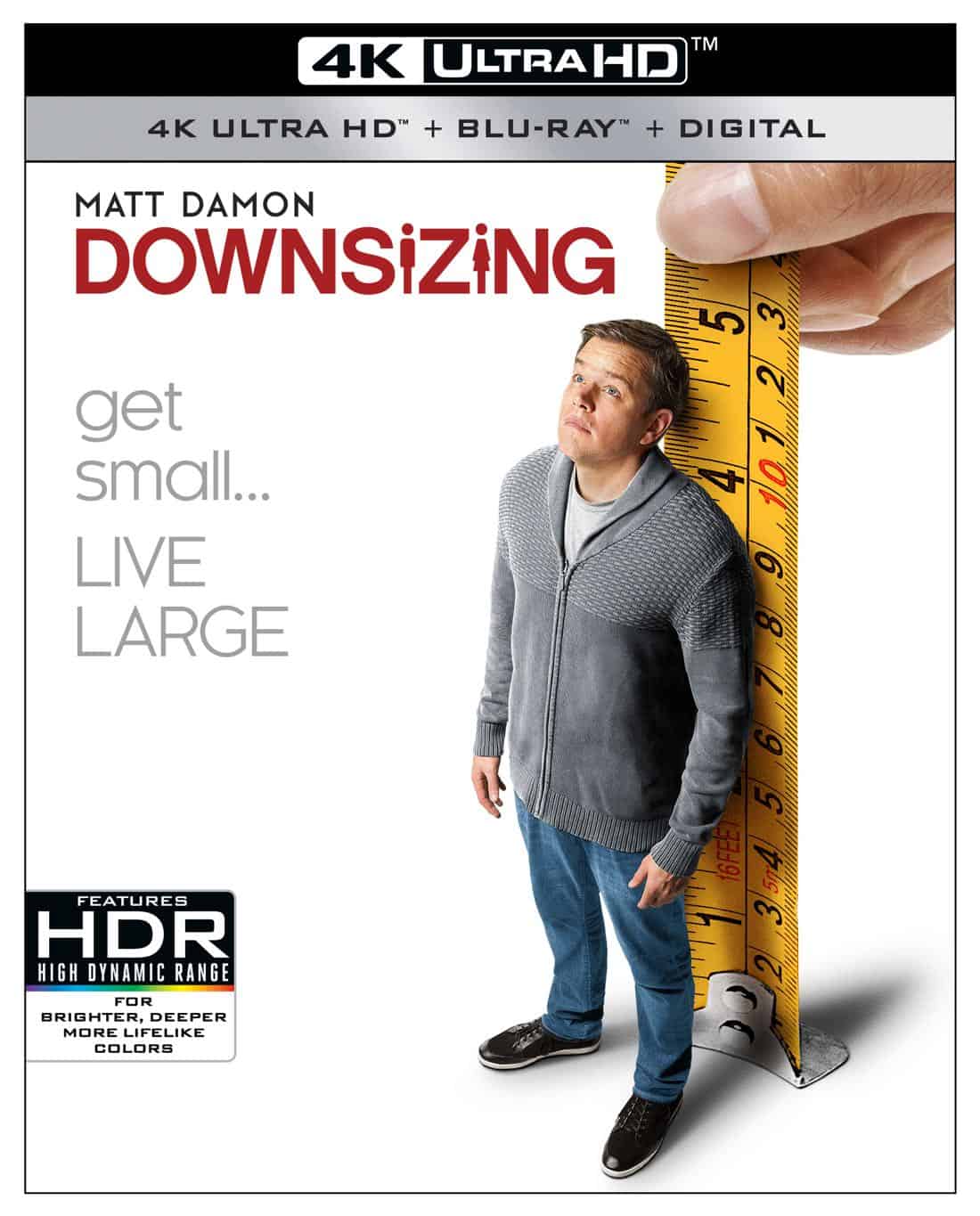