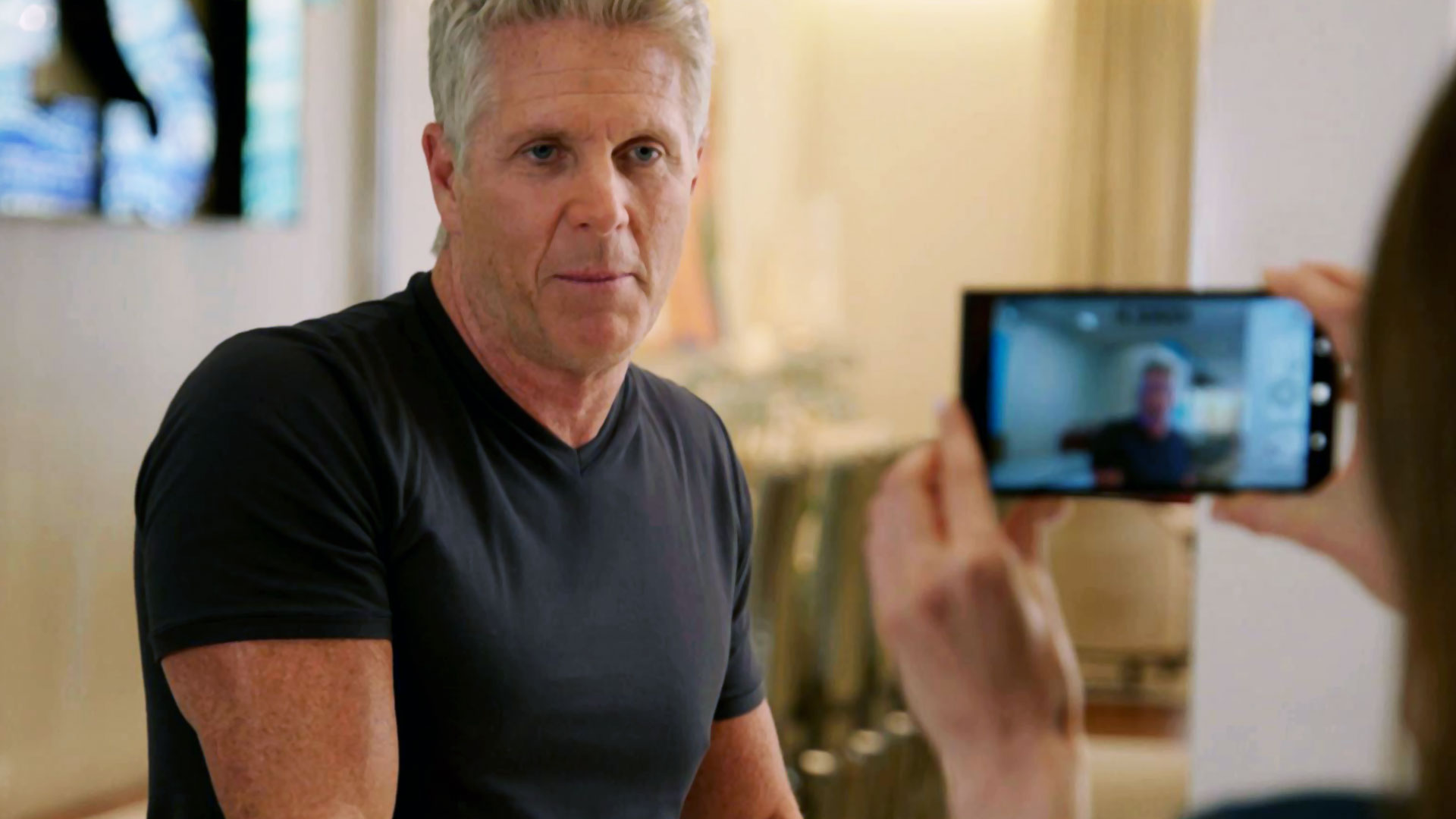 USA has a new comedy series called DONNY!, premiering this week. One might be forgiven for thinking it’s a reality show, considering it airs right after the reality series Chrisley Knows Best and follows TV personality Donny Deutsch (Today) as he hosts a self-help series (think Dr. Phil). But it’s not. DONNY! is a scripted comedy where Donny plays a fictional version of himself that satirizes the very thing he often actually participates in. Does your head hurt yet? (It shouldn’t, because there are gobs of shows right now doing the same thing.)

The Donny in DONNY! is an egotistical player who flirts shamelessly, gives his cell phone number to attractive psychopaths, and needs attention and affection heaped on him at all times. He has hired three attractive woman as his assistants, Jackie (Hailey Giles, Scorned), Zoe (Meera Rohit Kumbhani, Weird Loners), and Violet (Jessica Renee Russell, Fullmetal Alchemist: The Sacred Star of Milos), and works with an attractive female producer, Pam (Emily Tarver, Best Week Ever). While none of these girls seem to fall for his shtick, surrounding himself with them says something about Donny, as does paying more notice to his too-young, greedy girlfriend, Galina (Tina Casciani, Role Models), than to his kids.

DONNY! reminds me a bit of Blunt Talk on Starz. The major difference is that Donny seems to be getting along just fine with his life as it currently is, while Patrick Stewart’s Walter Blunt is falling apart spectacularly. The thing is, with an unlikeable persona, as both Blunt and Donny are, it’s satisfying to watch them fail, so Blunt Talk has the edge there. Plus, Stewart is a far superior performer than Deutsch (or most people, really), so any comparison between the two is not positive for this newer series.

Is there anything redeemable about Donny or DONNY!? Well, that’s debatable. Donny does have charm, or else he wouldn’t get so much attention. I do like that not everyone in DONNY! falls for Donny’s game, and Donny (the person, not the character) has to have some level of humility or redeeming qualities to allow that. My assumption is that Donny (again, the real person) is a pretty nice, interesting person, and it’s just this show and the character of Donny that I don’t like, though I haven’t seen him elsewhere.

It has been said that DONNY! does for Donny Deutsch what Curb Your Enthusiasm does for Larry David, but I think that’s an inaccurate comparison. David is a brilliant writer who created one of the most beloved sitcoms of all time, Seinfeld. Curb is an extension of the Seinfeld world in that it shows a character named Larry who has a personality perfectly suited to write that show. DONNY! tackles a completely different genre, one I would argue takes far less talent to make. Abhorring reality and the fake ‘health’ professionals, I find it hard to hold it anywhere near the same regard.

Now, one could point out that DONNY! pokes fun at the hated genre. Except, because Donny himself is part of that system (or so I’ve read on Wikipedia), not a comedian on the outside, it doesn’t come across as a scathing commentary on it. Instead, it seems like Donny is having fun being self-referential in a way that reinforces the ‘character’ he is playing.

I admit, my bias against reality television in general could definitely be coloring my view of DONNY! But try as I might, it’s very hard to separate that out in this instance, given the show’s content. I get that people like reality for reasons I cannot fathom, but it definitely isn’t quality television, and contributes to the ‘junk that rots your brain’ stereotype some see the medium as being. As a defender of quality programming, this type of thing is a total turn-off and I can’t recommend it.