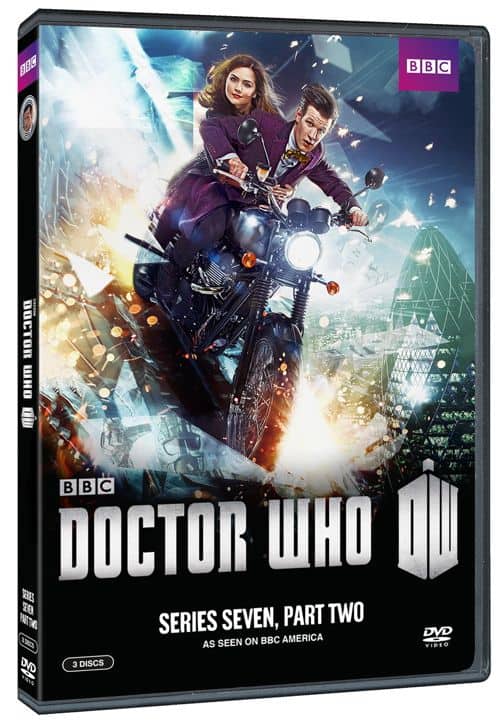 Seat42f and BBC Home Entertainment have teamed up to give THREE lucky winners a copy of DOCTOR WHO Season 7 Part 2 on DVD. For a chance to win leave a comment below telling us why you want to add DOCTOR WHO Season 7 Part 2 to your DVD collection. Only one entry per person. Contest ends June 11th. Winners will be notified on June 12th via email so make sure to use a valid email address when you post your comment.

The Doctor (Eleventh Doctor – Matt Smith) kicks off the second half of series seven by searching for Clara (Jenna Louise-Coleman) – the impossible girl he’s already lost twice. Together they find themselves battling monsters on distant alien planets, trapped in a Russian submarine with a deadly passenger, chasing terrifying ghosts, delving into the heart of the TARDIS, facing the Crimson Horror in Victorian Yorkshire, and coming face to face with an army of upgraded Cybermen. The action grows and the Doctor’s oldest secret threatens to be revealed as the hit science fiction series builds toward its explosive 50th anniversary.  The episodes are written by lead writer and executive producer Steven Moffat, Neil Gaiman, Mark Gatiss, Neil Cross and Stephen Thompson. Bonus features include two episode prequels.