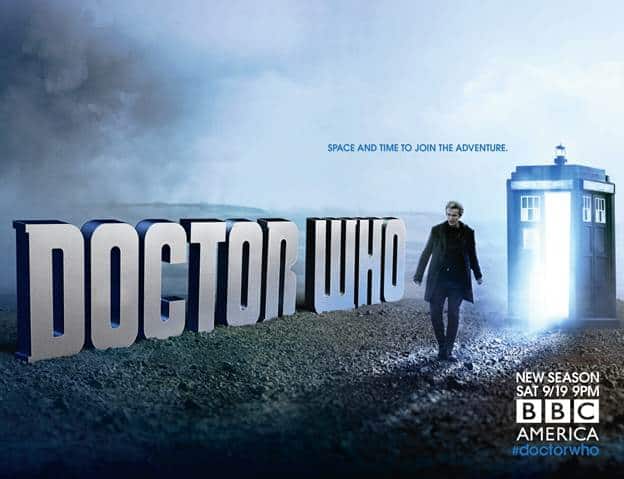 Having the time of their lives, the Doctor and Clara embark on reckless adventures in all of space and time in the new season of BBC AMERICA’s Doctor Who starting Saturday, September 19, 9:00pm ET. The hit time travel series returns with a two-parter, The Magician’s Apprentice and The Witch’s Familiar, written by lead writer and showrunner Steven Moffat and directed by Hettie Macdonald (director of award-winning Doctor Who episode Blink with Carey Mulligan).

In Peter Capaldi’s second season at the helm of the TARDIS, the series sees the Doctor and Clara Oswald (Jenna Coleman) going on a journey that takes them to deadly alien planets, creepy underwater bases, Viking villages, a global Zygon uprising, and through hidden alien dens, to the very end of time itself.

Meeting monsters old and new, the Doctor will come face to face with Missy (Michelle Gomez), a city of Daleks, deadly mercenaries called the Mire, terrifying ghosts and more.