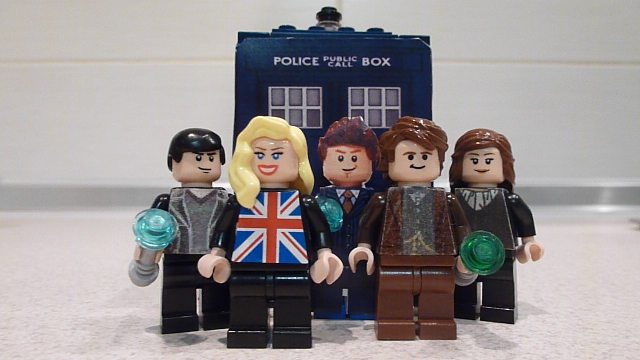 Doctor Who and LEGO® fans around the world received exciting news today as The LEGO Group announced that it would be producing a LEGO Doctor Who set.

The concept for a Doctor Who set came from the LEGO® IDEAS website where fans can submit ideas for a set and vote for their favorite idea to be produced.

Doctor Who began in 1963 on BBC Television and is the world’s longest running sci-fi drama. Starring Peter Capaldi as the Doctor and Jenna Coleman as his companion, the hit BBC One show has become a global phenomenon with a loyal and passionate fan base.

The Doctor Who concept from fan Andrew Clark received the 10,000 votes requisite for The LEGO Group to consider it for production.

A licensing agreement between BBC Worldwide and The Lego Group will see the new set available in all of The LEGO Group’s key markets before the end of the year.

Andrew’s winning design featured a range of Doctors, companions and monsters across the show’s history, but fans will have to wait until later this year to discover what will be produced.

Marcus Arthur, MD of BBC Worldwide UK said, “Both Doctor Who and LEGO enjoy a particularly close relationship with their fans and I can’t wait to see what LEGO produce.”

“We’re extremely excited to announce that a Doctor Who and a WALL-E set will be released as our next LEGO Ideas fan based sets, congratulations to the designers Andrew Clark and Angus MacLane!

“After receiving over 10,000 votes from the online community and having gone through rigorous toy testing from our expert panel, these awesome sets are on track to be on shelves later this year. The final set designs, pricing and availability are being worked out as we speak, so watch this space for the final details!”