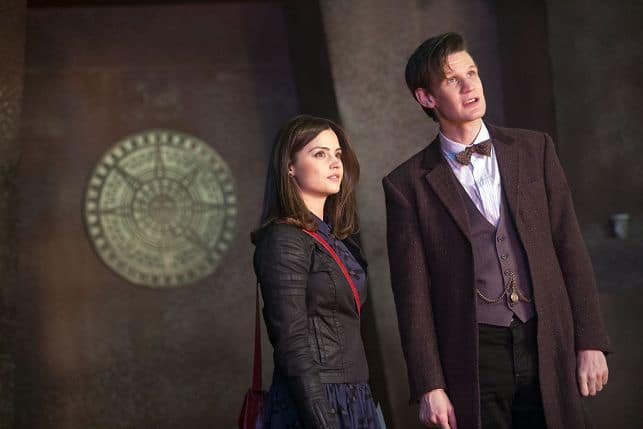 The BBC has today revealed some of the all-star cast that will mark the 50th anniversary of Doctor Who. David Tennant and Billie Piper will join current Doctor and companion, Matt Smith and Jenna-Louise Coleman, while John Hurt (Tinker Tailor Soldier Spy, Alien, Harry Potter) will also co-star.

Last seen as the Doctor on 1 January 2010, this will be the first time Tennant has reprised his role as the Tenth Doctor. During his reign as the Time Lord, Tennant appeared in three series as well as several specials. He was first revealed as the Doctor in the 2005 series finale, The Parting Of The Ways.

Meanwhile Billie Piper, who played companion Rose Tyler for two series following the reboot in 2005, will appear in the show for the first time since featuring in Tennant’s last episode, The End Of Time in 2010.

Also confirmed to join the cast is John Hurt, who will also co-star in the 3D anniversary special that will form part of blockbuster celebrations, set to take over the BBC. Produced by BBC Cymru Wales for BBC One, the 50th anniversary will be written by Steven Moffat and Directed by Nick Hurran.

Filming for the 50th anniversary starts this week. Meanwhile, a brand new series starts on BBC One today (30 March) at 6:15pm for a run of eight epic episodes, which officially introduces the Doctor’s newest companion, Clara Oswald, played by Jenna-Louise Coleman.