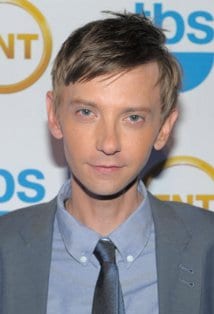 DJ Qualls is set to be a guest-star this season on TNT’s Perception, starring Emmy and Screen Actors Guild Award winner Eric McCormack. Qualls is best known for his performance in hit films such as, Road Trip, The New Guy and Hustle & Flow. Qualls currently stars as Billy in the FX series Legit and plays a recurring role on The CW’s Supernatural. His other television credits include Memphis Beat, Scrubs, Lost, Breaking Bad, The Big Bang Theory, and Criminal Minds.

In Perception, Qualls will play Agent Rudy Fleckner, a young, tech-savvy FBI agent who specializes in investigating cyber crimes. When an online social game Caleidoscope becomes the center of a homicide case, Pierce relies on Fleckner to decipher the clues within this virtual world. By digging into a suspect’s online account Fleckner hopes to bring forth evidence that sheds light on a case in which the line between reality and fantasy becomes blurred.