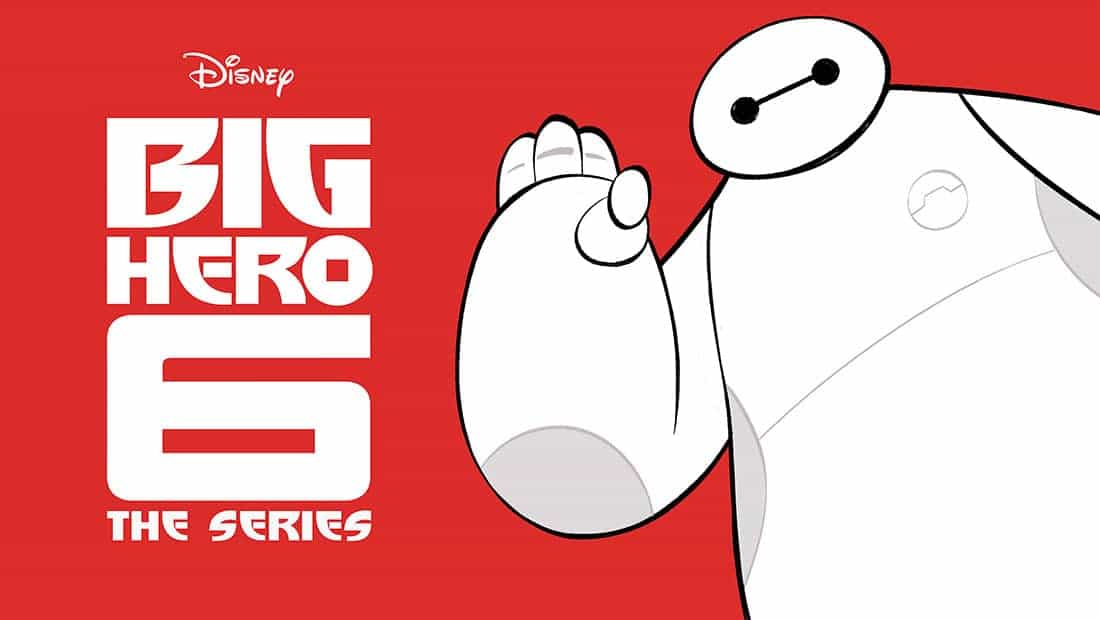 The announcement was made today by Marc Buhaj, senior vice president, Programming and general manager, Disney XD. Buhaj said, “Mark, Bob and Nick have delivered a dynamic adventure series that follows the Big Hero 6 superhero team, led by audience favorites Hiro and Baymax. We are honored to have the opportunity to further expand the elaborate world and engaging characters of ‘Big Hero 6 The Series’ with this early second season order.”

The Disney Television Animation-produced series picks up immediately following the events of the feature film and continues the adventures and friendship of 14-year-old tech genius Hiro and his compassionate, cutting-edge robot Baymax. Along with their friends Wasabi, Honey Lemon, Go Go and Fred, they form the legendary superhero team Big Hero 6 and embark on high-tech adventures as they protect their city from an array of scientifically enhanced villains. In his normal day-to-day life, Hiro faces daunting academic challenges and social trials as the new prodigy at San Fransokyo Institute of Technology.

From the studio that created “Frozen,” “Tangled” and “Wreck-It Ralph,” the Academy Award-winning “Big Hero 6” is the 54th animated feature from Walt Disney Animation Studios. The film was inspired by the Marvel comic created by Man of Action. The action-packed comedy centers on the special bond that develops between an inflatable robot and a young prodigy as they and their close friends seek to solve a mystery that threatens the city of San Fransokyo. Directed by Don Hall and Chris Williams and produced by Roy Conli, “Big Hero 6” was released in October 2014 and became the biggest animated film of the year with over $657 million worldwide. In addition to being named Best Animated Picture by the Academy of Motion Picture Arts and Sciences, it was nominated for Golden Globe, Critics Choice and BAFTA awards, and was the recipient of five Visual Effects Society Awards, the most ever for an animated feature, as well as a Cinema Audio Society Award and a Kids’ Choice Award for Favorite Animated Movie.