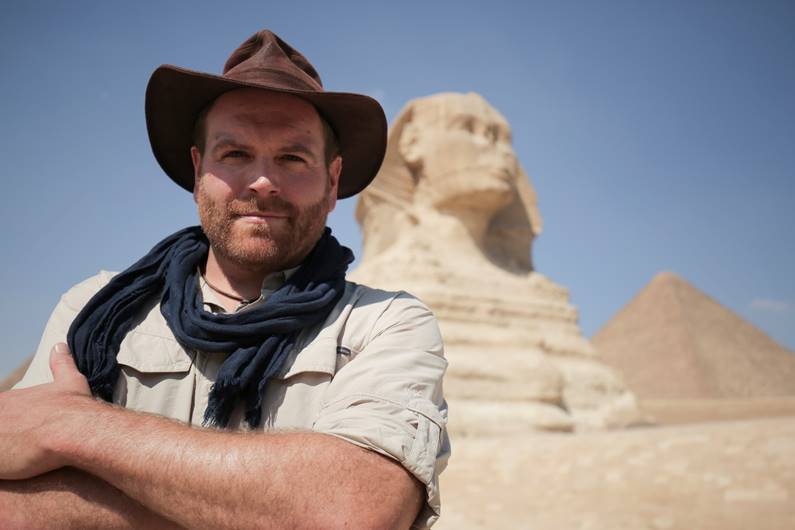 Egypt remains a land shrouded in deep mystery and wonder. Discovery announced it will broadcast live from Egypt in search of ancient artifacts and open an Egyptian sarcophagus for the very first time. The 2-hour live special, ‘EXPEDITION UNKNOWN: EGYPT LIVE,’ will air Sunday, April 7, live on both coasts at 8 PM ET / 5 PM PT on Discovery. The broadcast will also simulcast on Travel Channel and Science Channel and air in nearly 100 markets around the world on Discovery.

“This is Discovery at its best, as we seek to uncover history that has been buried in the sands of Egypt for millennia,” said Nancy Daniels, chief brand officer, Discovery & Factual. “I’m excited as Josh Gates takes us on one of his most ambitious expeditions yet.”

The live 2-hour multiplatform event will be hosted by adventurer and avid explorer Josh Gates, who will be joined by an all-star team of adventurers including TV personality Chris Jacobs; world-renowned Egyptologist Dr. Zahi Hawass; and Mostafa Waziri, the secretary-general of the Supreme Council of Antiquities of Egypt. The epic event will be produced by Discovery Studios and Ping Pong Productions in association with Big Dreams Entertainment with Leslie Greif as executive producer.

Viewers will have the rare opportunity to see the inner chambers of an excavation site, where archeologists recently uncovered a network of vertical shafts leading to an underground network of tunnels and tombs with 40 mummies believed to be part of the noble elite.

The massive underground complex of chambers is a treasure trove of antiquities – all laying undisturbed for thousands of years. But there are several chambers yet to be explored – and many more discoveries to be revealed, including a mysterious limestone sarcophagus found buried deep within the complex. The identity of the mummy inside has been a mystery for 3,000 years… Possibly until now.

Followers of @Discovery on Instagram will be given a behind the scenes look during the live broadcast with additional insights and exciting moments led by our team of expert archeologists and historians. Viewers are also invited to join conversation on Twitter using hashtag #ExpeditionUnknown for a chance to be featured on-air and watch past seasons of EXPEDITION UNKNOWN on Discovery GO. Host Josh Gates can be found on Facebook: @joshgatesofficial, Twitter: @joshuagates, and Instagram: @gatesygram.