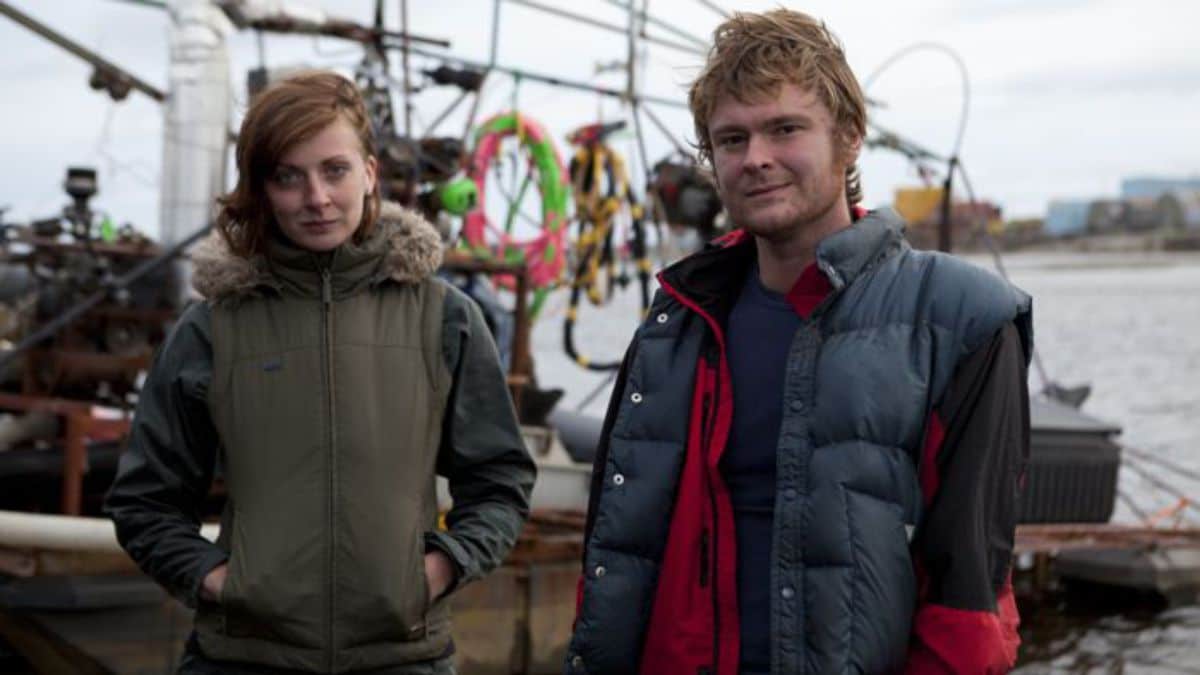 The Alaskan gold mining crews of Discovery’s hit series BERING SEA GOLD are back for the winter ice-mining season. And this year, failure isn’t an option. This season, the miners will face even bigger challenges and more risks in hopes of hitting the motherlode under the ice. With livelihoods at stake, Shawn Pomrenke and his crew focus on building a mega-dredge that dwarfs anything on the Bering Sea – a risk that will could catapult his operation. Or could sink the entire business before even getting started. BERING SEA GOLD returns for an all-new season on Friday, August 11 at 9pm ET/PT on Discovery.

A new gold rush has kicked off in Nome, AK. Last summer, was a tough season for Shawn Pomrenke, aka Mr. Gold, who was outbid by other miners for the Nome Gold claim. In his quest to grab the reins and lead his father’s company into the future, Shawn staked a claim at the remote, uninhabitable Alaskan badlands known as The Bluff, but will his claim be rejected? If it is, The Bluff will be open to anyone willing to make the arduous trek with a six-inch dredge.

Meanwhile, Kris Kelly is determined to follow Shawn to The Bluff regardless of his shoddy equipment and less than enthused father and brother. Will the Kelly’s risk their lives to get the big gold at The Bluff before Shawn?

Zeke Tenhoff and Emily Riedel had success mining Hastings Creek last summer. Since then, Zeke cut ties with Emily, but until Zeke proves that there’s enough gold there to file an official claim, Hastings is open ground, waiting for whomever wants to race for the gold. Determined to finally have a successful season at the helm, Emily hires two veteran divers who must get out to Hastings coordinates before Zeke. And if Hastings Creek is a bust, Zeke and Emily can always trek out to the rumored motherlode at The Bluff.

For those who can’t wait for the new season to begin, a special sneak peek episode will air Friday, August 4 at 9:00 PM E/P on Discovery Channel with behind-the-scenes footage and the show’s most memorable moments.