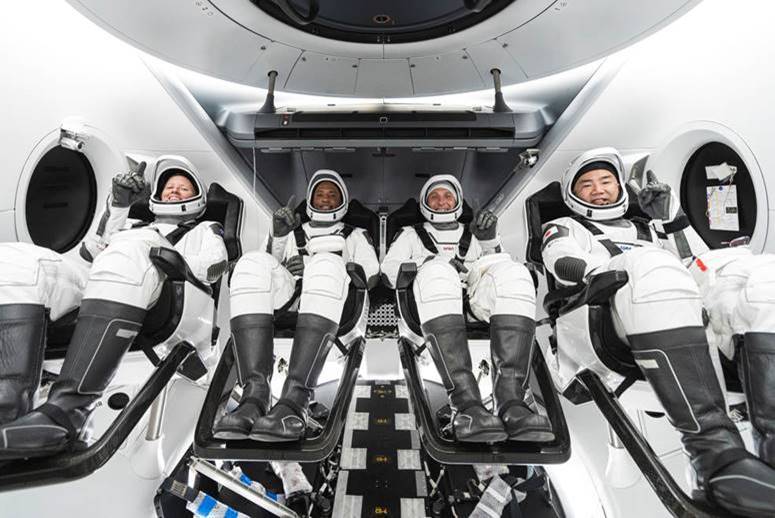 Discovery and Science Channel announced today it will take viewers inside one of the most pivotal moments in space exploration. Both networks will go live with unprecedented access to capture the NASA and SpaceX launch of the Falcon 9 rocket and Dragon spacecraft, which will carry the Crew-1 astronauts to the International Space Station (ISS). This will be the first official mission launching astronauts to the ISS on board SpaceX’s reusable spacecraft and rocket – paving the way to commercial space travel. SPACE LAUNCH LIVE: CREW-1 LIFT OFF, a multiplatform event, will simulcast live on both coasts on Saturday, November 14, at 6 PM ET/ 3 PM PT on Discovery and Science Channel.

“We are thrilled to once again have such incredible access that can only be found on Discovery and Science Channel,” said Scott Lewers, Executive Vice President of Multiplatform Programming, Factual & Head of Content, Science. “For this moment of international unity and hope, we will bring our viewers together to witness a spectacular celebration of space exploration”

This latest multiplatform event marks the third live broadcast of historic space events for Discovery and Science Channel in partnership with The Washington Post and staff writer Christian Davenport, whose depth of experience allowed him to gain inside access to key players. Davenport is one of the country’s leading chroniclers of the space industry. His background and experience will add keen insight to the day’s event, as a co-host of the live broadcast. Davenport joined The Post in 2000 and was on a team that won a Peabody Award in 2010 for its work on veterans with traumatic brain injuries and has been on reporting teams that were finalists for the Pulitzer Prize three times. He is the author of two books, “The Space Barons: Jeff Bezos, Elon Musk and the Quest to Colonize the Cosmos” (2018) and “As You Were: To War and Back with the Black Hawk Battalion of the Virginia National Guard” (2009). He has also served as a Public Policy Scholar at the Woodrow Wilson International Center for Scholars and a fellow at the Alicia Patterson Foundation.

“At The Washington Post, we are committed to providing authoritative and compelling coverage of the universe and our place in it,” said David Cho, Business Editor at The Washington Post. “Together with Discovery, we look forward to bringing viewers closer to this momentous launch. Christian’s deep knowledge of the space industry will help viewers better understand the event and what it means for the future of space travel.”

The live broadcast will have unprecedented coverage of the launch as well as expert commentary from current and former astronauts, including Peggy Whitson, Leland Melvin, Mike Massimino and Garrett Reisman, top engineers and other special guests, including adventurer and avid explorer Josh Gates.

TV personality Chris Jacobs will also return as host. Jacobs has a long history with Discovery network live events, reporting live on-the-ground for EXPEDITION UNKNOWN: EGYPT LIVE as well as serving as the digital host during Nik Wallenda’s tightrope walk over the Grand Canyon in SKYWIRE LIVE and in Chicago for SKYSCRAPER LIVE. Jacobs was host for DISCOVERY LIVE: INTO THE BLUE HOLE, CHOPPER LIVE, GOLD RUSH LIVE and the live broadcast of the Barrett-Jackson Auto Auction for Velocity (now MotorTrend). In addition, he is the regular host for TLC’s LONG LOST FAMILY and serves as host of the popular automotive makeover show OVERHAULIN’ on MotorTrend.

Emmy Award-winning journalist David Kerley will also return as part of the reporting team. Kerley reported on aviation, railroads, the automobile industry and space for all ABC News broadcast and digital properties, including World News Tonight, Good Morning America, Nightline, ABC News Radio and ABCNews.com. His work has been recognized with Peabody and Edward R. Murrow awards as well as the prestigious Joan Barone award from the Capitol Hill Radio and Television Correspondents Association.

In May, Discovery and Science Channel, in partnership with The Washington Post, documented the first launch of NASA astronauts from the United States since the end of the shuttle program in 2011. This successful test mission was a partnership between NASA and SpaceX, and the first U.S. crewed mission to orbit on a privately built spacecraft. Astronauts Bob Behnken and Doug Hurley traveled to the ISS in the SpaceX Crew Dragon spacecraft, propelled by the SpaceX Falcon 9 rocket. Discovery and Science Channel’s coverage drove record ratings — ranking as the #1 telecast for the entire day across major demos and the highest-rated telecast in the history of Science Channel. In August, Discovery and Science Channel went live once again to simulcast of the splashdown return of the SpaceX Crew Dragon, an event that also ranked as the no. 1 telecast for the day across key demos.

In addition to watching the return on Discovery and Science Channel, viewers can stream it live by downloading the Discovery GO app. Fans can also create photos and videos of themselves in space wearing life-like SpaceX helmets using Discovery’s Space Filter on Facebook or Instagram.

About Science Channel
Science Channel, a multi-media business unit of Discovery, Inc. is the home of all things science around the clock, including series such as MYTHBUSTERS, WHAT ON EARTH?, HOW THE UNIVERSE WORKS, UNEARTHED, and MYSTERIES OF THE ABANDONED. Science Channel’s programming also includes timely, expert-driven specials covering breaking science news and discoveries. Science Channel is the premiere TV, digital and social community for those with a passion for science, space, technology, archeology, and engineering, providing immersive, engaging, high-quality entertainment across all Science Channel assets including: Science Channel television network, available in more than 63 million homes in the U.S; complimentary Video On Demand offering; SCI Go app allowing viewers to catch up on full episodes of their favorite shows anytime; deep video, interactive storytelling and virtual reality at www.sciencechannel.com; and conversations on Science Channel’s popular social platforms including Facebook, Twitter, Instagram and Snapchat via @ScienceChannel.