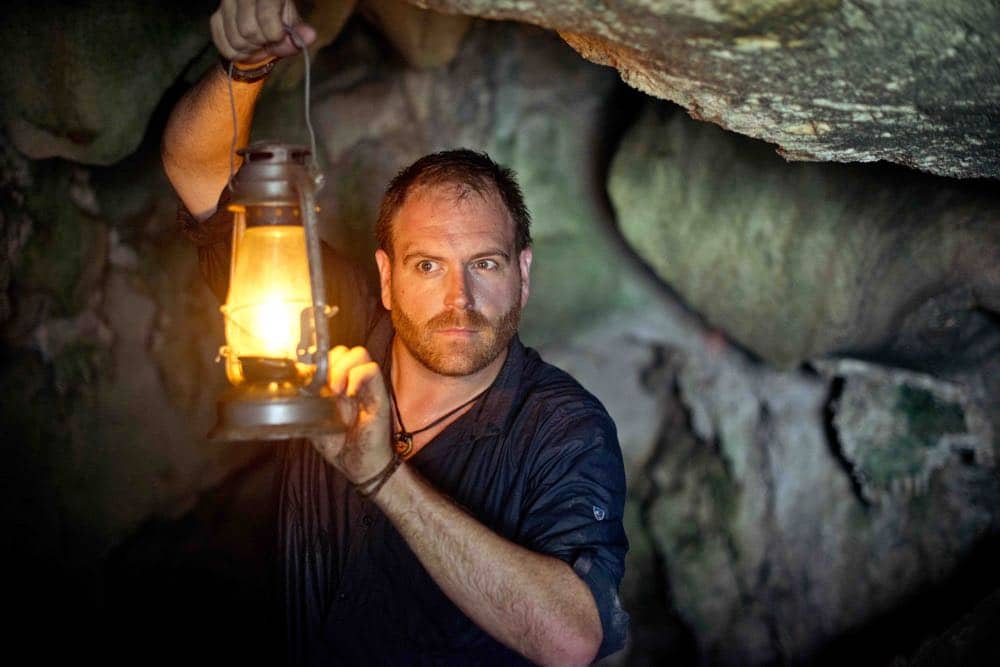 On Sunday, April 7, Discovery viewers from 95 countries around the world witnessed history in the making in EXPEDITION UNKNOWN: EGYPT LIVE as a team of Egyptian archaeologists and explorers uncovered a 2,500-year-old mummy of a high priest for the first time ever on live television. But that was not the only stunning find. In addition to the high priest mummy, two other mummies were revealed along with a treasure trove of antiquities, including a mysterious wax head.

“This is Discovery at its best – transporting fans into new worlds through awe-inspiring stories and immersive experiences. It doesn’t get much more immersive than this,” said Nancy Daniels, chief brand officer, Discovery & Factual.

This real-life Indiana Jones adventure, which was also simulcast on Travel Channel and Science Channel, gave viewers a rare opportunity to join an actual archeological excavation in real time – exploring a labyrinth of underground tombs and witnessing the inner chambers of the remote burial site known as Al-Ghorifa in Middle Egypt, located approximately 165 miles south of Cairo.

“This has been such an amazing experience,” said Gates, following the live global broadcast. “There aren’t many people who can say they’ve gone down into unexplored ancient tombs – especially with a living legend like Dr. Hawass. We were able to document spectacular artifacts and mummies and bring viewers along in real time. It was the thrill of a lifetime.”

“Never in my 50 years in archaeology have I experienced something on such a grand scale as this,” Dr. Hawass said. “The findings here are completely special and totally unique. This is what keeps me going. It is what keeps me feeling young and alive!”

This ancient Egyptian necropolis has long remained a mystery until now. In 1927, an antiquities inspector first discovered the sarcophagus of a high priest in this area. However, the sarcophagus was robbed and the mummy was missing. In this historic moment, Discovery cameras were rolling live at the dig site as the mummy of a powerful high priest was revealed.

During the live broadcast, viewers also had the thrill of coming face to face with two other mummies that appear to be directly connected – the first of which was a female mummy based on the artifacts discovered in a cut above ground.

The second mummy was discovered inside the “Family Tomb,” the final resting place of an entire family from 2,500 years ago. The Family Tomb also included such unique objects as an ancient Egyptian board game, the remains of a family dog and four intact canopic jars used to store a mummy’s organs. While the second mummy was not a high priest or fully preserved, the objects inside the tomb and inscriptions on his sarcophagus reveal that he was a singer in the temple of an Egyptian god known as Thoth.

Besides finding the mummies at the site, Dr. Hawass revealed to Josh Gates for the very first time a mysterious wax head that they believe is the mold of “Irt Hrw,” one of the high priests. This extraordinary wax head is the exact cast of a 2,500-year-old high priest mummy – with such detailed features that he could have easily been picked out on the street from it. This moment lead to the stunning finale of the broadcast with the opening of a sealed sarcophagus, which contained an exquisitely preserved 2,500-year-old high priest, a “Great of the Five Priest of Thoth,” covered from top to bottom with gold banding and other artifacts.

“I could never have ever imagined what a unique journey this has been. We’ve been the first to see these amazing ancient treasures. But maybe the most impressive thing of all is how much there is left to explore. I am very happy that the program was seen by millions of people from around the world. We are sending an important message that Egypt is safe and we invite tourists to come,” said Dr. Waziri, the secretary-general of the Supreme Council of Antiquities of Egypt.

“Nineteen years ago, we opened the Valley of the Golden Mummies live on television. And now, almost 20 years later, Dr. Hawass called with another discovery of that magnitude that deserved another live broadcast. We’re thrilled to be part of these two epic events here in Egypt,” said Executive Producer Leslie Greif.

Followers of @Discovery on Instagram can get a behind-the scenes-look of the live broadcast with additional insights and exciting moments led by our team of expert archeologists and historians. Viewers are also invited to join conversation on Twitter using hashtag #ExpeditionUnknown and watch past seasons of EXPEDITION UNKNOWN on Discovery GO. Host Josh Gates can be found on Facebook: @joshgatesofficial, Twitter: @joshuagates, and Instagram: @gatesygram. 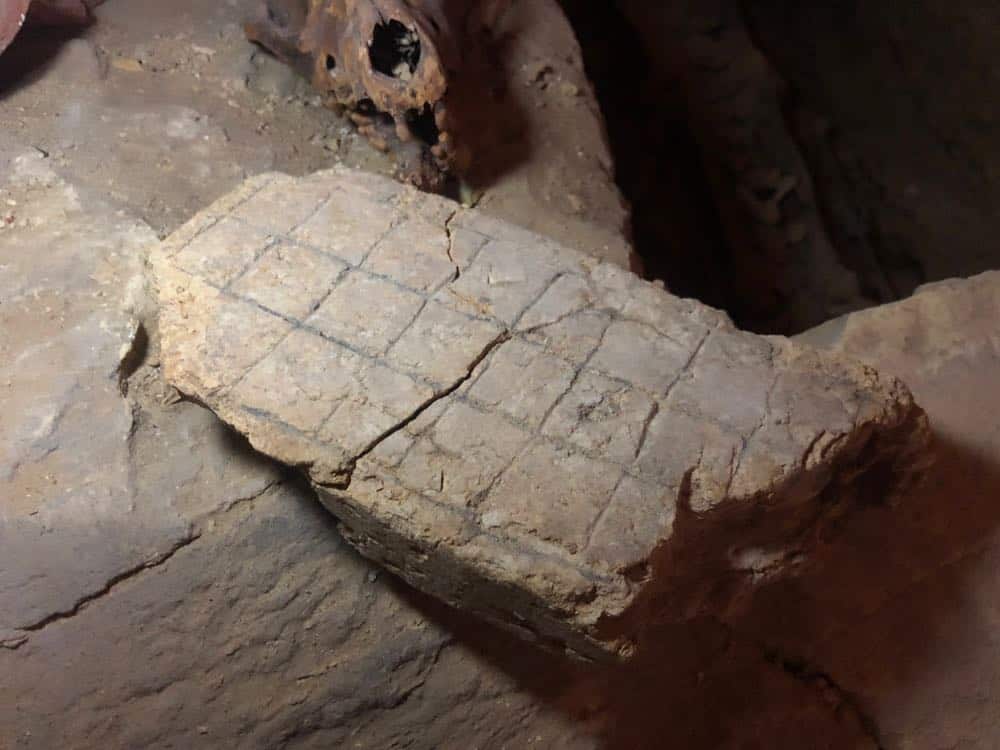 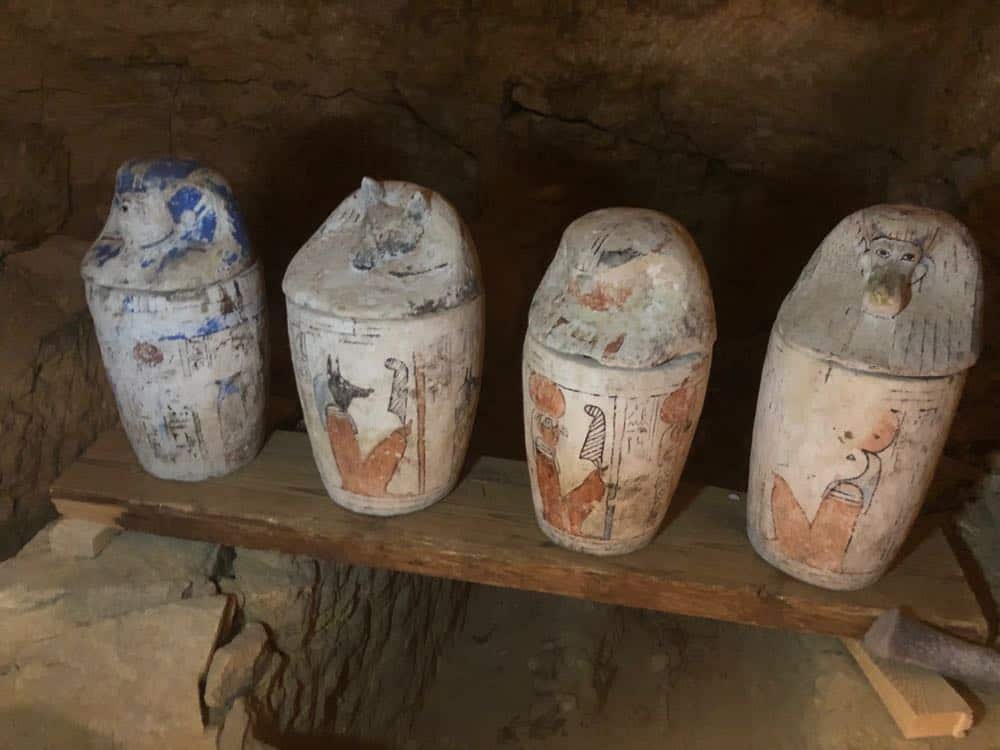 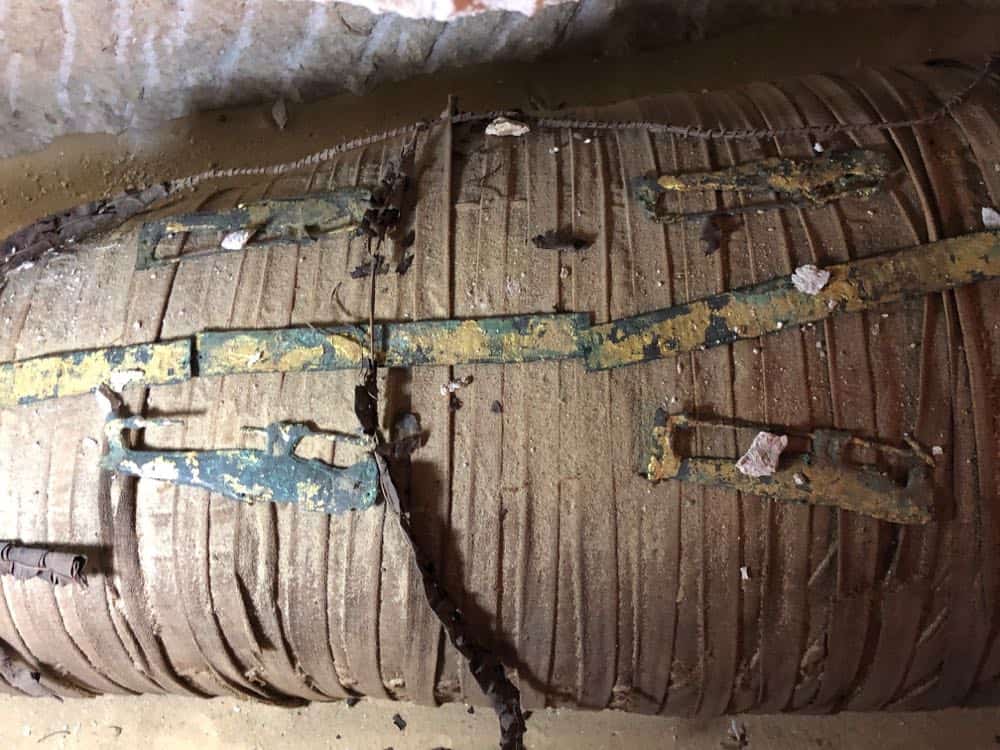 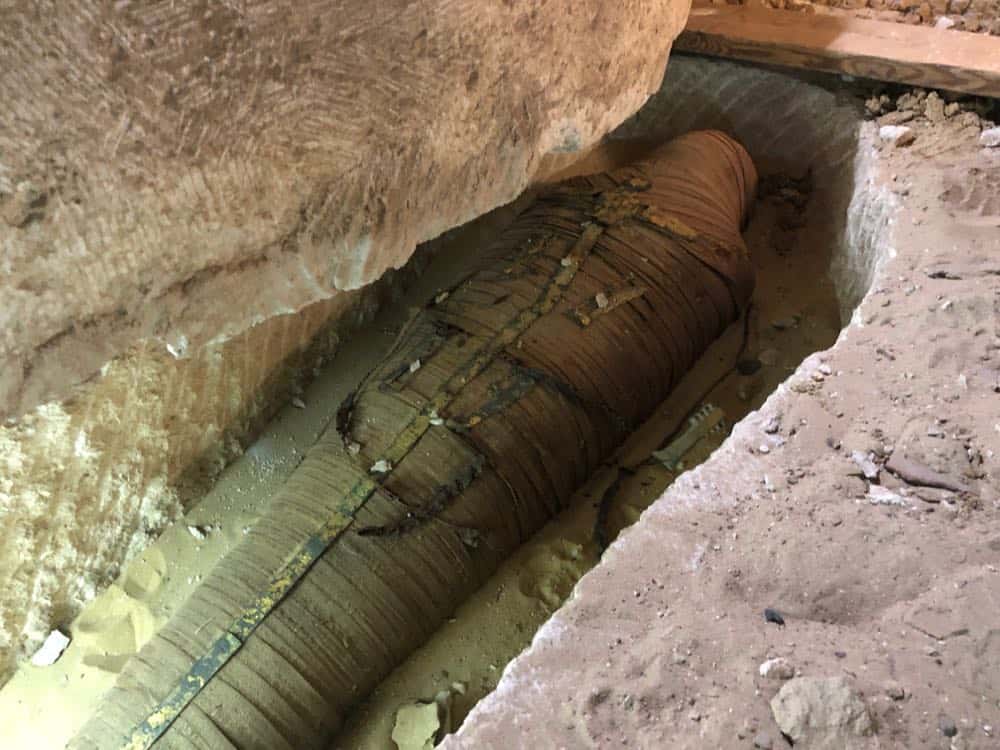 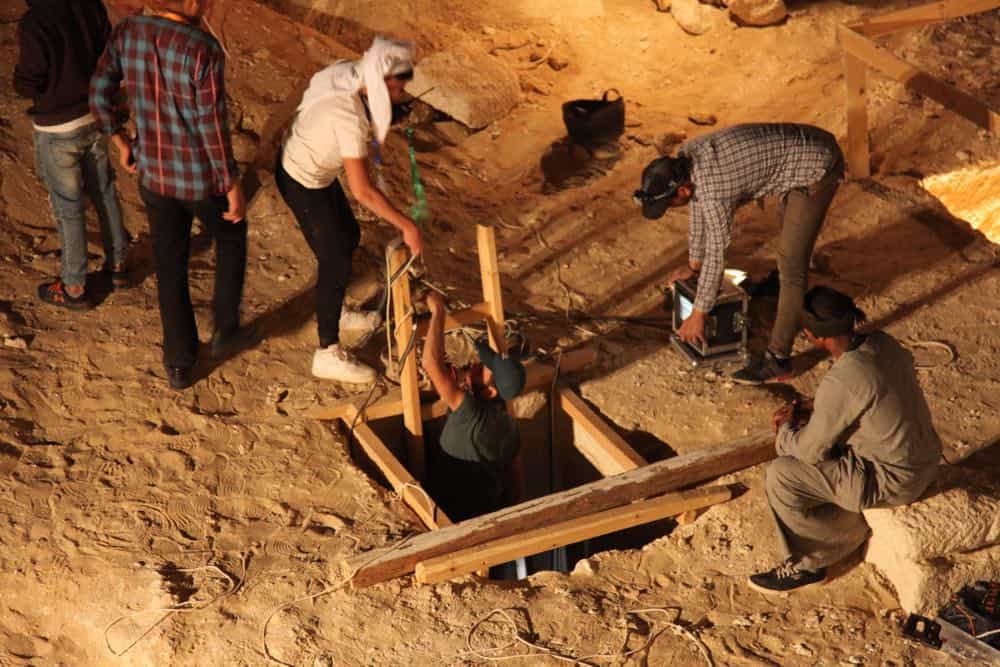 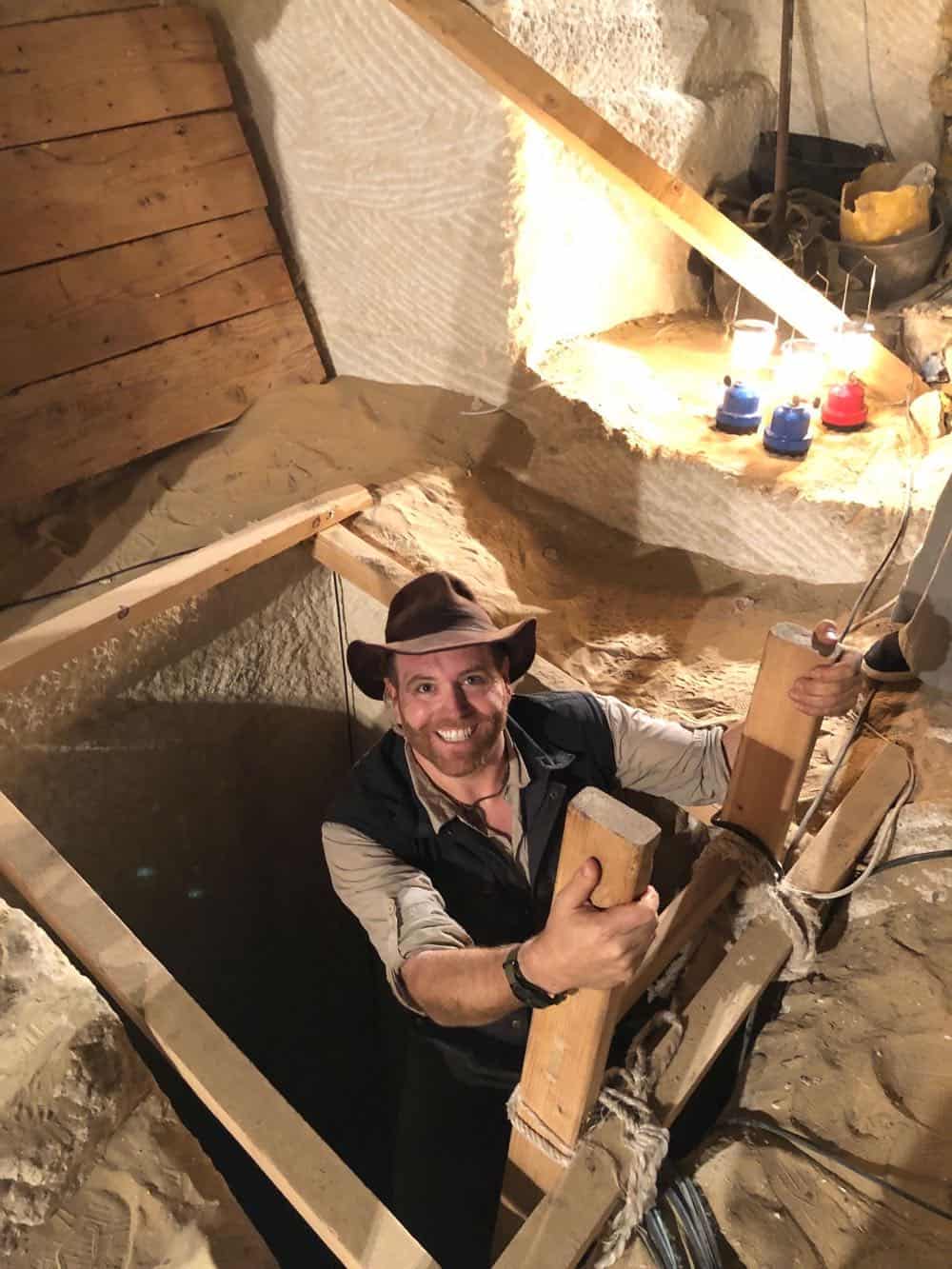 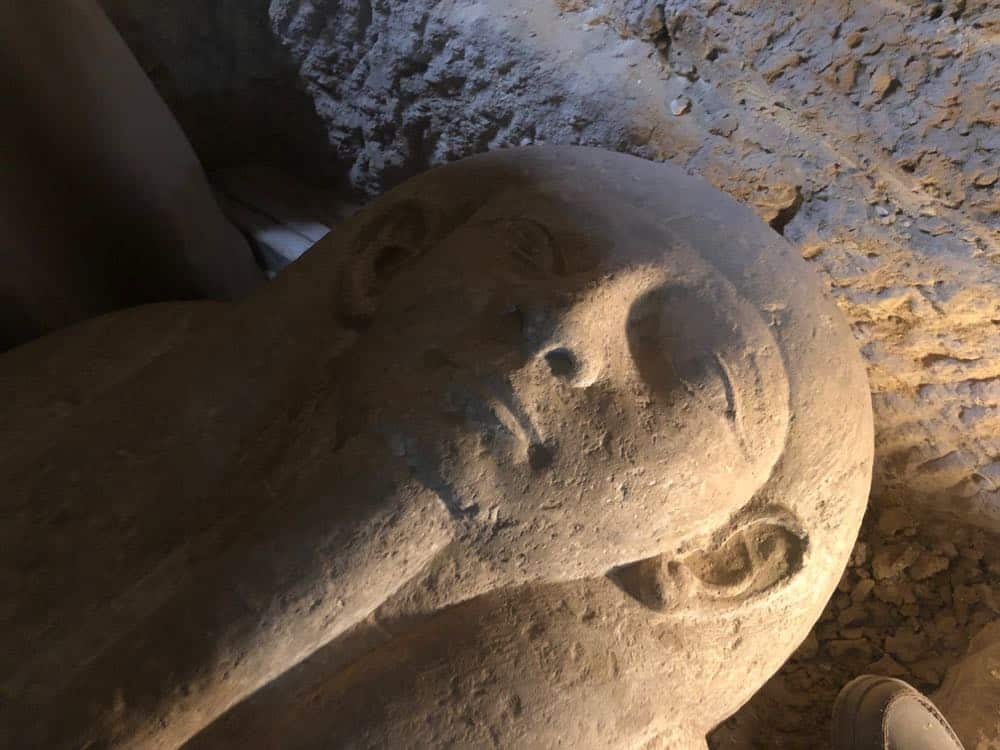 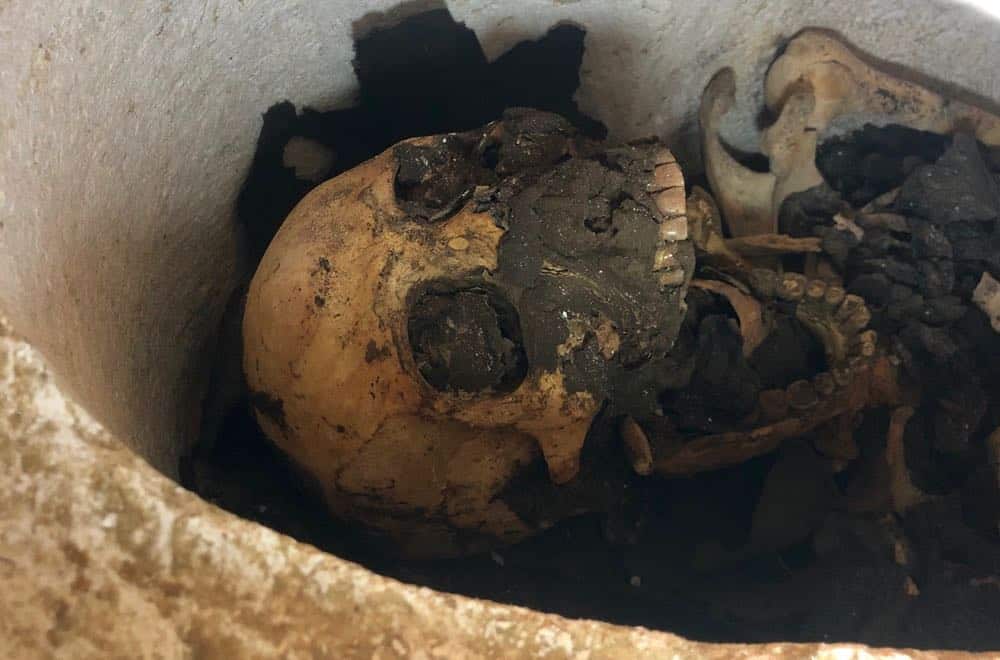 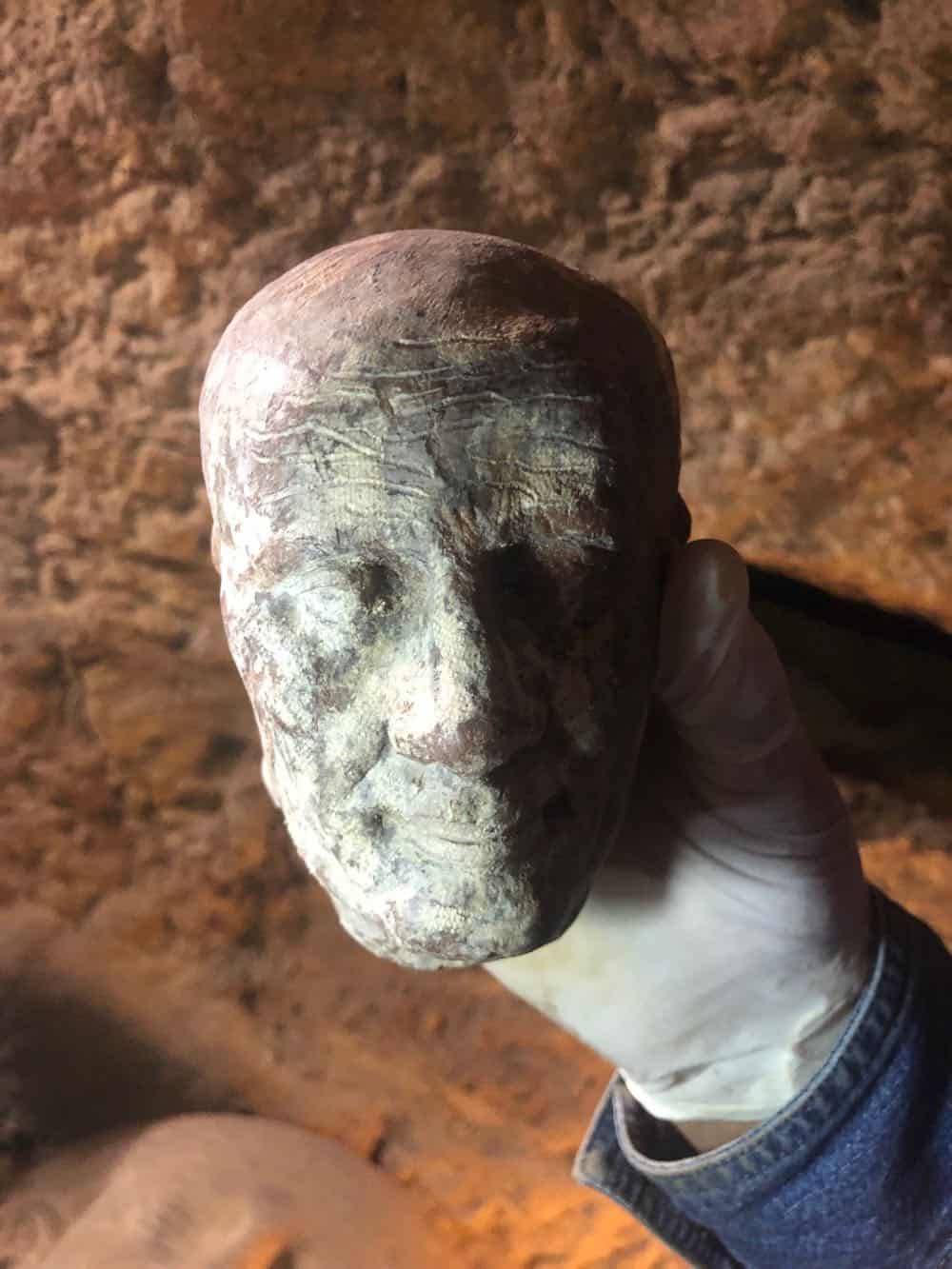 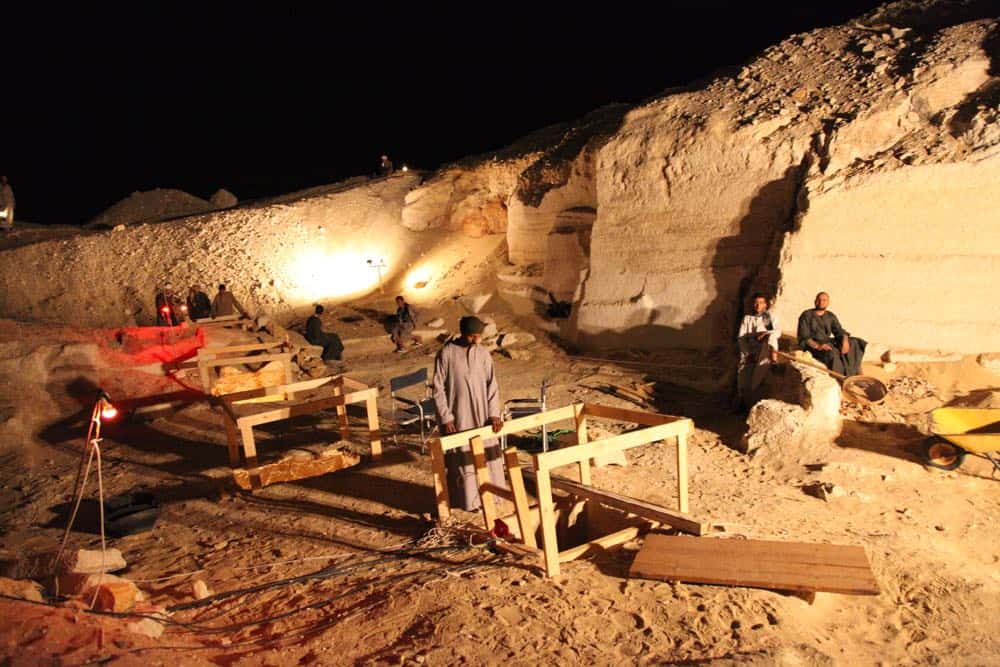 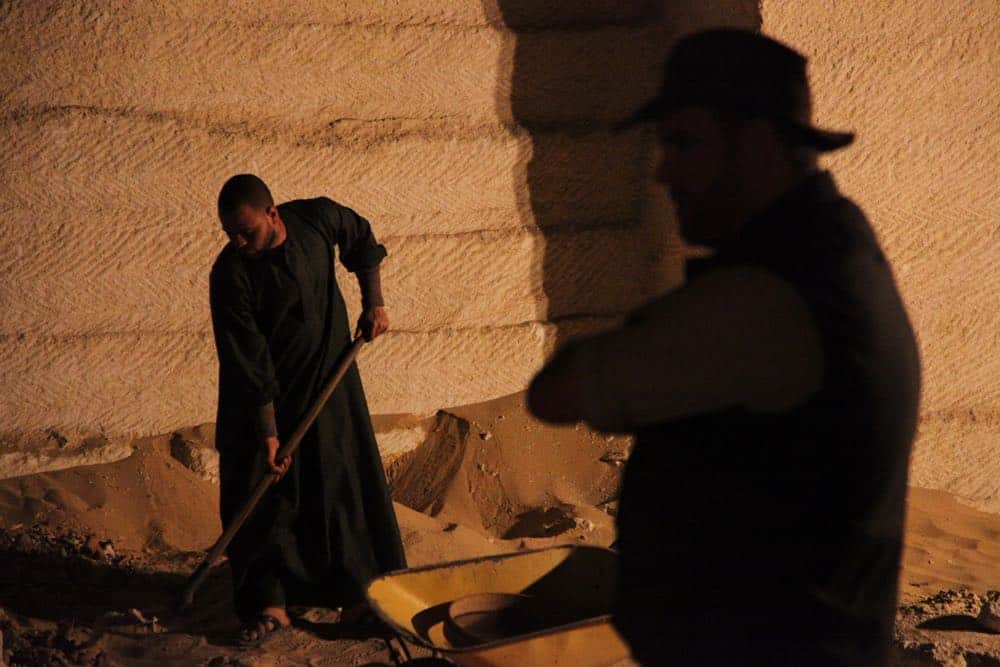 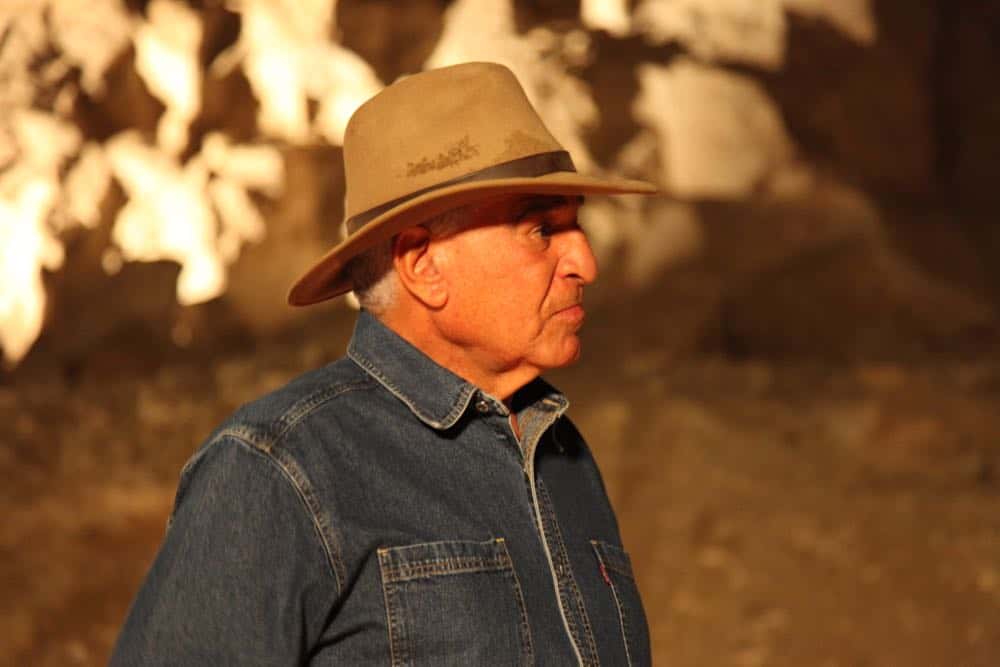 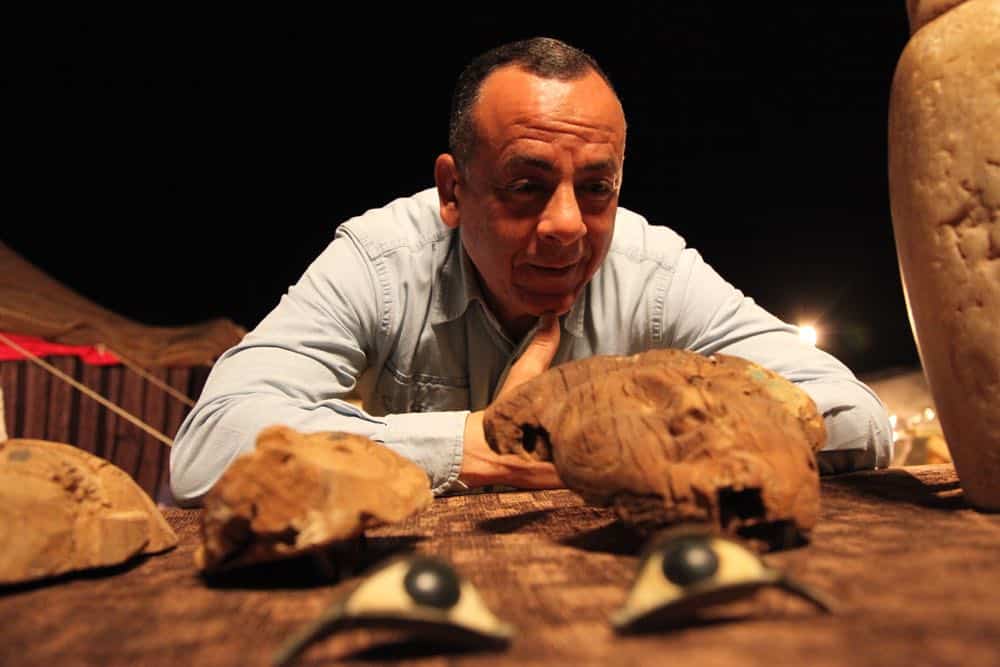 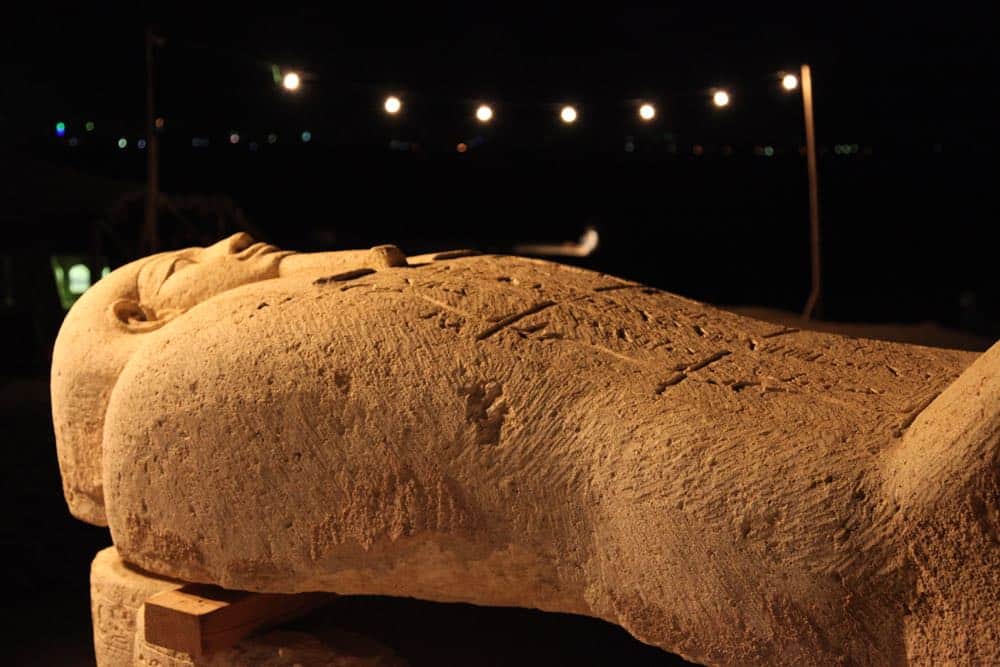 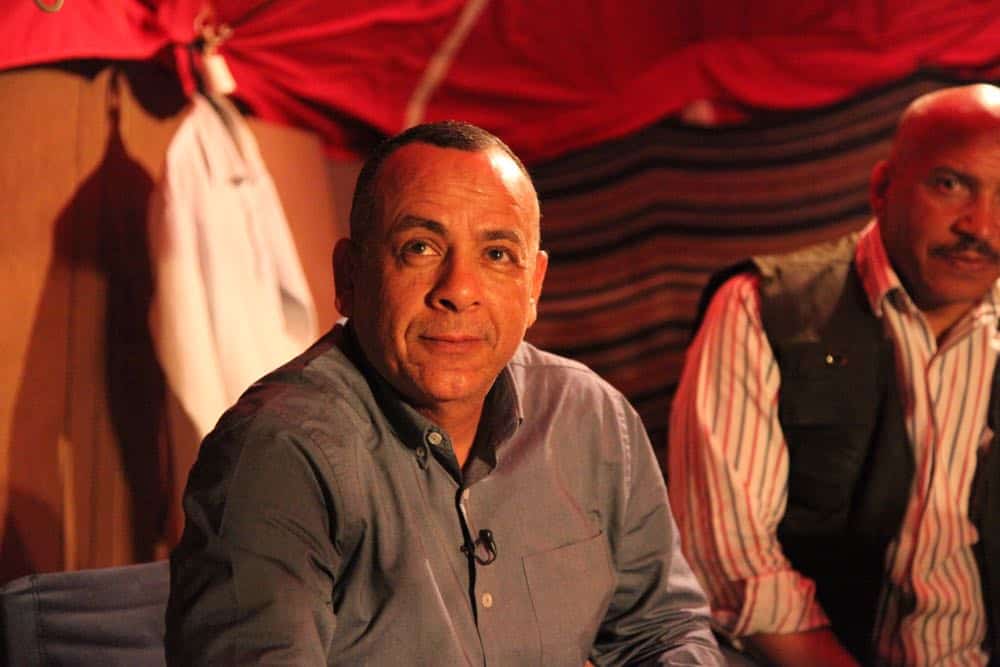