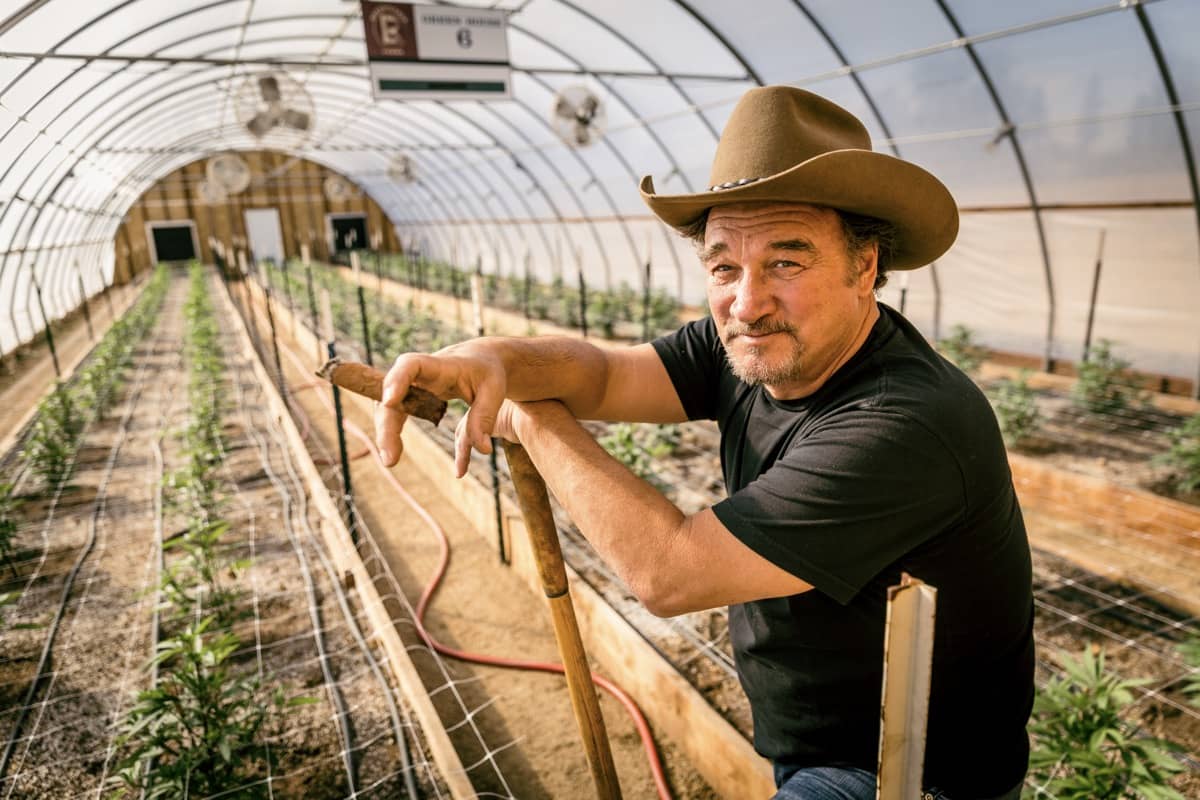 Audiences around the world have watched as Jim Belushi sang, danced and entertained across our screens over the years, but few could have imagined his next move. Viewers were delighted to follow along as Jim combined his many talents with an immense passion and built a cannabis business from the ground up in southern Oregon. Now, viewers will continue on this journey as Discovery today announced the return of the hit series, GROWING BELUSHI, set to air across Discovery platforms later this year.

“Growing Belushi is about the world of cannabis from seed to sale to patients and consumers,” says Belushi. “The new cannabis consumer will learn everything they need to know to have complete confidence in the expanding universe of cannabis — what to buy, what to ask, where to buy it, how to grow it — the testing, the qualities. You’ll be a total cannabis expert after watching this show. We give a whole lot of information with a lot of humor. It’s edutainment.”

What started as almost a hobby has grown into a successful business, and now, Belushi’s Farm is experiencing an increasing national demand for its cannabis products. Viewers will get a front-row seat as Jim and his team work to scale the business up to meet that increased demand. They are bringing state-of-the-art technology, cultivation methods, equipment and facilities to Belushi’s Farm. The results are as promising as they are challenging.

Season one of GROWING BELUSHI took Jim on a journey from legalization rallies in South America, Pablo Escobar’s impact on Colombia and Jim’s own family, and the genesis behind bringing the Blues Brothers’ cannabis brand to dispensary shelves. In this season, Jim becomes an expert on cannabis farming, groundbreaking discoveries in medicinal cannabis, and learns first-hand what happens when a small farm passion-project grows into a cutting-edge business with a hot national brand.

With the help from some familiar faces, including Dan Aykroyd, Judy Belushi, cousin Chris, and of course, the legendary Captain Jack (whose cannabis was known as “The Smell of SNL”), viewers will experience the familiar and familial back-and-forth between cousin Chris and Jim as they use Chris’ restaurant-business savvy to  establish infrastructure, compliance and business know-how at the farm.

And of course, there are many new adventures, such as Chris operating a tiny, test kitchen restaurant at the farm, the Engjell Café, which introduces a whole new element of comedy as Chris experiments with cannabis-infused cuisine. Jim likes to say with a smile, “With one table and free food, the Engjell Cafe is the most exclusive restaurant in southern Oregon. The only problem is the owner is a pain in the a**.”

Equally funny as it is informative and in true ‘edutainment’ style, GROWING BELUSHI, which is filmed in southern Oregon, will shed light on the groundbreaking medical discoveries in the medicinal cannabis industry, as well as the personal journey of Jim and his mighty farm.

About discovery+ discovery+ is the definitive non-fiction, real life subscription streaming service.  discovery+ features a landmark partnership with Verizon that gives their customers with select plans up to 12 months of discovery+ on Verizon. discovery+ has the  largest-ever content offering of any new streaming service at launch, featuring a  wide range of exclusive, original series across popular, passion verticals in which  Discovery brands have a strong leadership position, including lifestyle and  relationships; home and food; true crime; paranormal; adventure and natural  history; as well as science, tech and the environment, and a slate of high-quality  documentaries. For more, visitdiscoveryplus.com or find it on a variety of  platforms and devices, including ones from Amazon, Apple, Google, Microsoft, Roku and Samsung.

About Belushi’s Farm  What began as a meager 48 plants during Oregon’s medical marijuana program in  2015, today Belushi’s Farm encompasses a sprawling and spiritual 93 acres with  1,800 feet of Rogue River riverfront in Southern Oregon’s Banana Belt where the  sun, water and air make the perfect combination to sustain naturally powerful and  beautiful cannabis. Belushi’s Farm is home to a range of offerings — Belushi’s  Secret Stash, The Blues Brothers, Captain Jack’s Gulzar Afghanica (a rare strain  from the Hindu Kush region that became known in the ’70s as “The Smell of SNL”), and GROWING BELUSHI on The Discovery Channel. Having suffered the loss of his  brother John to an overdose, and his own journey learning and healing through  cultivating cannabis, the farm’s proprietor, performer Jim Belushi, is a proponent of  the plant’s beneficial properties across a spectrum of uses. From enhancing joy and  quality of life, mitigating trauma and managing pain, to a harm reduction approach  and rebuttal of the opioid abuse epidemic, Jim advocates for patient rights, adult use legalization, and freeing cannabis prisoners through his work as advisor to Last  Prisoner Project, while empowering newcomers to access the profound spiritual and healing powers of quality cannabis.  https://www.belushisfarm.com