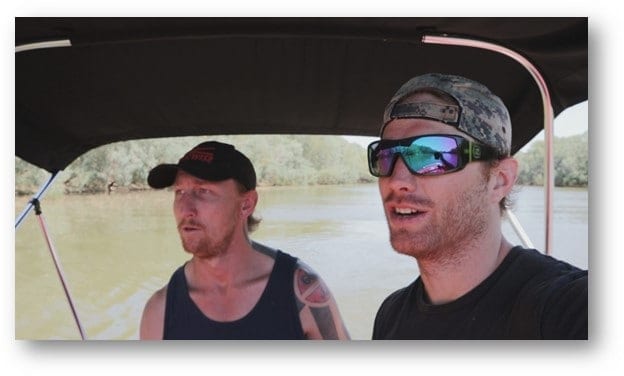 Across the planet, there are startling reports about strange animal attacks against humans, new apex predators changing the natural order, and sightings of mysterious creatures that nobody can explain. Today, Discovery Channel announced it has ordered six episodes of LEGENDS OF THE WILD (w/t), an all-new series that will follow two wilderness experts and childhood buddies as they investigate, document and try to solve some of the most incredible mysteries of the natural world.

Damian Duffy, a former Australian army paratrooper and certified wilderness guide, and Matt Hoffman, a professional wildlife photographer and storm chaser, are two adventurers who aren’t afraid of dangerous situations. They’ve dedicated their entire lives and careers to taking on and capturing Mother Nature and its many wonders. Together they will journey deep into the wild – risking it all – to find the answers to some of the world’s most hair-raising wildlife mysteries.

From mysteries like unexplained sea creatures spotted in the icy waters of Alaska to brutal deadly attacks by an airborne predator in Papua New Guinea, Damian and Matt set off into the wild each week to find and document the answers. Then they have to make it out alive.