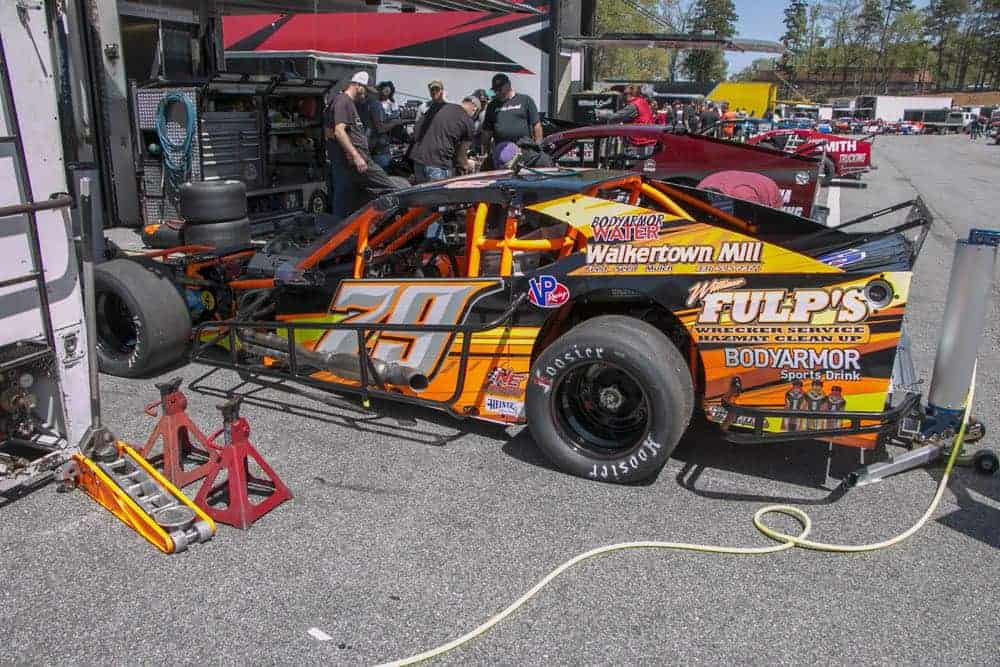 Motor fans, start your engines! Bowman Gray Stadium is NASCAR’s first and longest running weekly track where the competition is intense, and the engines are powerful. As the summer heats up, the 70th race season for modified racing gets underway in Winston-Salem and the battle for the checkered flag has begun. With each race, enemies are made, rules are broken and only those willing to risk it all will win the season championship in Discovery Channel’s new motor series, RACE NIGHT AT BOWMAN GRAY premiering Monday, October 29 at 10PM ET/PT.

Bowman Gray Stadium has been home to racing legends for decades and this season, the top competitors in modified racing – Burt Myers, Tim Brown, Jason Myers, George Brunnhoelzl III, and Jonathan Brown are revving up their engines to compete for the Points Championship. Burt Myers is the reigning Points Champion and Tim Brown has a solid claim as the best driver in the history of the stadium with ten Points Championships and 84 wins. After finishing in the Top 3 the last three years, Jason Myers is looking to take it all the way this season and George Brunnhoelzl III has won lots of races but is a newcomer to the Bowman Gray weekly series. The drivers will put their cars to the ultimate test and those who fall short will have to improve their skills and race cars each week in hopes of redemption on the track.

Each week, the drivers risk their lives, money and pride on the most infamous short track in America. Leading up to race night, the drivers take part in a tire lottery, where tires are distributed by track officials through a lottery system to even out the playing field, a qualifying run, race meeting and weigh-in all before the green flag is waved. The cars are lightning fast, and the drivers must rely on true skill and hard work in the garage before and after each race because one wrong turn on the track can have fatal repercussions.

Discovery, Inc. (Nasdaq: DISCA, DISCB, DISCK) is a global leader in real life entertainment, serving a passionate audience of superfans around the world with content that inspires, informs and entertains. Discovery delivers over 8,000 hours of original programming each year and has category leadership across deeply loved content genres around the world. Available in 220 countries and territories and 50 languages, Discovery is a platform innovator, reaching viewers on all screens, including TV Everywhere products such as the GO portfolio of apps and Discovery Kids Play; direct-to-consumer streaming services such as Eurosport Player and Motor Trend OnDemand; digital-first and social content from Group Nine Media and a strategic alliance with the PGA Tour to create the Global Home of Golf. Discovery’s portfolio of premium brands includes Discovery Channel, HGTV, Food Network, TLC, Investigation Discovery, Travel Channel, Turbo/Velocity, Animal Planet, and Science Channel, as well as OWN: Oprah Winfrey Network in the U.S., Discovery Kids in Latin America, and Eurosport, the leading provider of locally relevant, premium sports and Home of the Olympic Games across Europe. For more information, please visit www.corporate.discovery.com and follow @DiscoveryIncTV across social platforms.