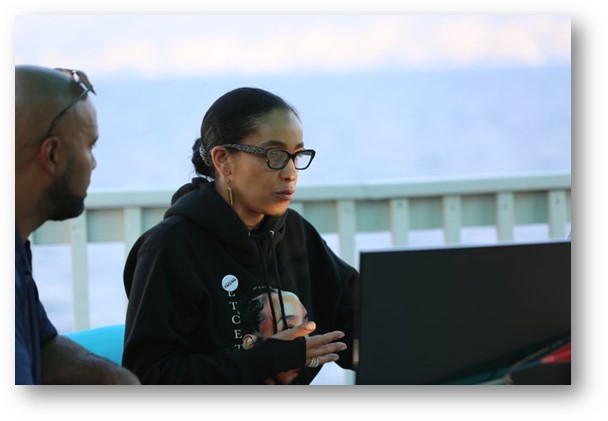 In the first season of UNDERCOVER BILLIONAIRE, self-made businessman Glenn Stearns bet big that the American Dream was still alive and well. Viewers watched as Glenn was stripped of his name, wealth and contacts and dropped into a city he’s never been to see if he could build a million-dollar company in 90 days with only $100 in his pocket. Inspired by Glenn’s audacious bet, three new entrepreneurs have stepped forward to embark on the same bold challenge. UNDERCOVER BILLIONAIRE returns for a second season on Wednesday, January 6 at 8 PM ET/PT on Discovery, followed by an all-new series UNDERCOVER BILLIONAIRE COMBACK CITY at 10 PM ET/PT on Discovery. The series will also stream on Discovery+.

This season, three successful entrepreneurs are betting $1 million that they can go undercover in three different cities, start their own business with just $100 and top the million-dollar mark in just 90 days. At the end of the challenge, each of them will reveal their true identities to the people who helped build their business. But will they be able to turn their big ideas into a reality? And can they navigate the impact of COVID-19 that has forced so many businesses across the country to shutter?

Each person will need to rely on their own unique secrets of success. Everyone has their own game plans, secret business hacks and strategies. After all, there’s more than one way to make $1 million dollars.

The entrepreneurs going undercover this year include:

When the economy hit the skids earlier the year, Glenn was contacted by other Erie businessmen and women who were struggling to keep their own dream alive. Each episode will follow Glenn as he works to turn around one of these small businesses. After assessing their operation and identifying areas to change, he’ll work with them to transform it in just 27 days. Why 27 days? The average small business in America has just 27 days in cash reserves. Glenn believes that if a business can’t turn it around in that amount of time, they’ll never be able to.

Each episode will give all business owners key lessons on how to stay afloat and grow. Glenn will identify the many pitfalls new businesses face and lay out a plan to reach their money-making goals. Though, no money will be handed out. Viewers will get simple tips on how to earn fast money and thrive despite all the odds. From diners and boxing gyms to coffee shops and rust belt manufacturing, Glenn will share all that he’s learned and might have a few surprise tricks up his sleeves as well.

To catch fans up on last season, Discovery will be re-airing the first season of UNDERCOVER BILLIONAIRE in a marathon line-up on Small Business Saturday, beginning at 11 AM ET/PT on Saturday, November 28.

Viewers can join the conversation on social media by using #UndercoverBillionaire and follow Discovery on Facebook,Instagram, and Twitter for the latest updates.