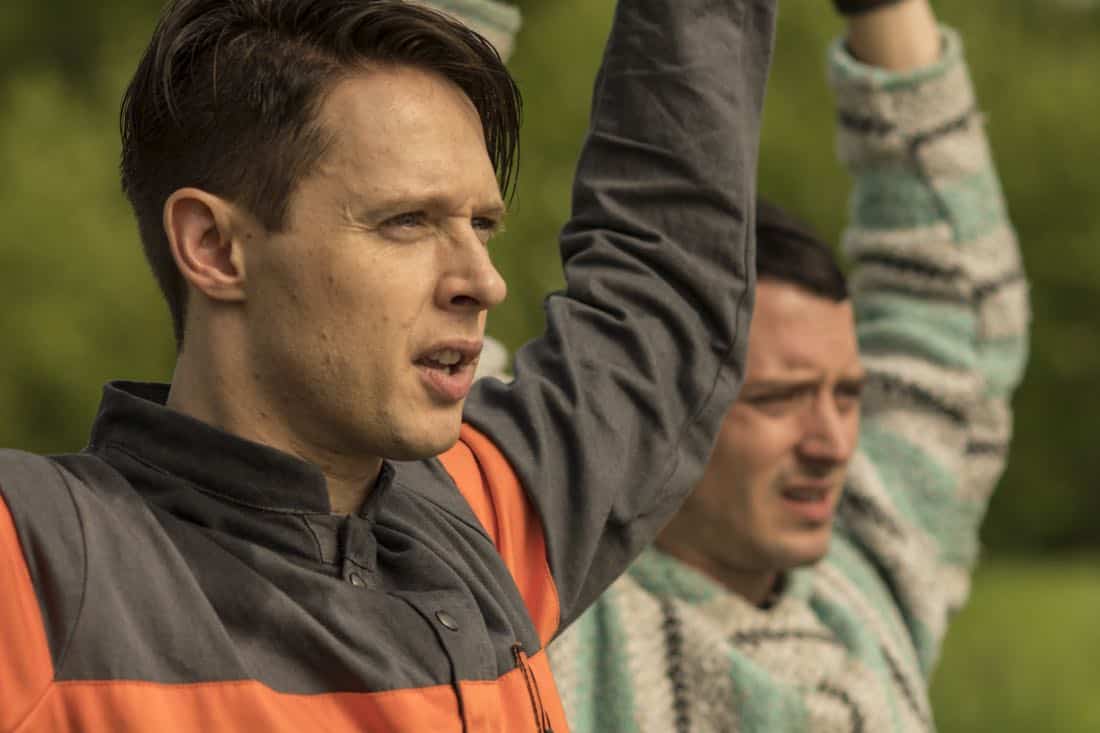 Welcome back to the world of Dirk Gently’s Holistic Detective Agency. Every season is a dizzying, smart, dangerous, unexpected (for us, not the people involved) and fun adventure that explores a different genre. Season one was about time travel with body-swapping, and this season involves an injection of fantasy. The vast dangers lurking in the magical realm of Wendimoor navigate a path to Earth, becoming a threat and it’s up to Dirk Gently (Samuel Barnett) and the gang to stop them in their tracks. But first things first – they need to find each other… DIRK GENTLY Season 2 Episode 2 Photos Fans of Wet Circles