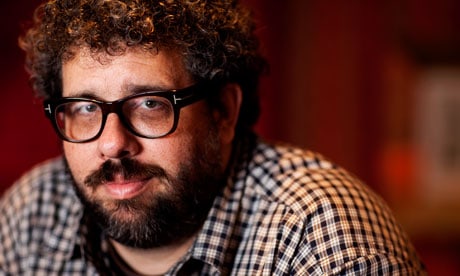 DirecTV announced today a partnership with award-winning screenwriter Neil LaBute (The Shape of Things, In the Company of Men) to produce a series of ten short films which will air exclusively on DirecTV’s Audience Network.

LaBute will write, direct and produce the stand-alone tales which all share a unique narrative device to tell quick, pungent and surprising stories about human relationships. The deal marks DirecTV’s second collaboration with LaBute, who previously wrote the upcoming limited series Full Circle.

“I’m very excited to move forward on this new project, and there is not a better home than DirecTV for an ambitious series like this” said LaBute. “Although I am incredibly proud of my scripts for Full Circle, I was disappointed I was not available to be a part of the production. That fact drove home for me how important it is, from an artistic standpoint, to roll up my sleeves and immerse myself in all aspects of the creative process on television.”

“We are thrilled to share these new films with our customers and are proud that Neil has chosen DirecTV as the first place to write, produce and direct his own material,” said Chris Long, SVP Original Content and Production DirecTV. “The films will be produced with a true auteur model; we’re striving for the least possible distance between the artist’s vision and the final product.”

Production is set to begin in September and the films will begin airing in the late fall.