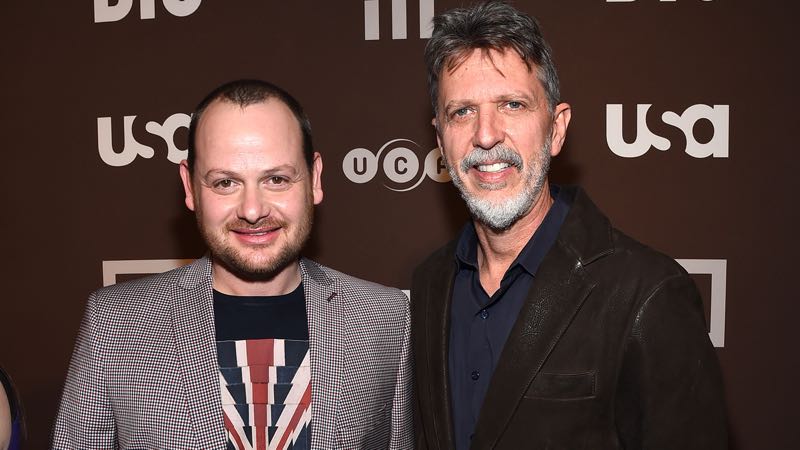 When creating a limited-event TV series that spans three continents and involves both a religious conspiracy dating back 2,000 years and a modern murder mystery, it is smart to bring in the talents of writers and producers of the calibre of Tim Kring, known for his work on HEROES, and Gideon Raff, who created PRISONERS OF WAR and its American version HOMELAND.  In USA Networks new television series DIG, the show explores the world where archeology and theological beliefs intersect.  When a red heifer is born in Norway, it sets off a chain of events that affect the lives reaching as far as New York City to New Mexico to Jerusalem.  FBI agent Peter Connelly (Jason Isaacs) is sent to track down an international fugitive, who killed an antiquities dealer in New York and who may have robbed the Rockefeller Museum in Jerusalem.  Then when a body of an archeologist is found, Peter Connelly is certain that all these incidents are related.  That investigation then uncovers a conspiracy that reaches up to the highest levels of government across the globe.  It will be a race to see if an apocalyptic end of times can be prevented or if all the characters are just chessboard pieces being maneuvered by events and prophesies beyond their control.

Upon special invitation of USA Network to visit the set of DIG, executive producers Tim Kring and Gideon Raff talked about casting this remarkable series, weaving the storylines together and filming across three continents.

In casting the show, Tim and Gideon were looking for specific characteristics to bring all the characters to life.  For the character of FBI agent Peter Connelly, they were drawn to Jason Isaacs intensity and dark leading man qualities, as well as the life experience he carried in his eyes — though they laughingly admitted that Jason is actually a much more enthusiastic and energetic man who just radiates positivity to those all around him.  But that duality really appealed for the show.  Then in casting Anne Heche, they loved her lightness to counter-balance the intensity of Jason’s energy on screen.  As for Ori Pfeffer, they thought he exhibited the right ingredients of an Israeli leading man combined with his own breath of fresh air energy.  Then with Regina Hall, they wanted someone who could be both regal and dignified in the role of a U.S. Ambassador. Then as to Lauren Ambrose’s role, they loved her inherit sympathetic nature that they felt audiences would relate to.  It was this cocktail of personalities and qualities that they felt would bring the right nuances to the characters and make them more appealing for viewers.  Both Gideon and Tim were exuberantly pleased with their cast and the life they brought to their characters and the show.

DIG is meant to be a global conspiracy thriller with an undercurrent of paranoia and impending danger.  All the characters will seem to be on different paths and unconnected, but the deeper Peter Connelly digs, the more he realizes that it is all interconnected.  The red heifer, the red haired woman, the antiquities, the artifacts and a religion that dates back to the dawn of time.  Just how does one stop a 2,000 year old prophecy from coming true when everything and perhaps everyone around them is working to ensure that it does?  There just might be a doomsday clock ticking down on all of them.

To find out more about DIG be sure to look for our interviews with stars Jason Isaacs, Anne Heche, Ori Pfeffer, and Regina Taylor as we countdown to the premiere of DIG on Thursday, March 5th at 10:00 p.m. on USA Network.  You can also look for clues and exclusive content using the #DigDeeper hashtag and you can follow the show @DIGonUSA on Twitter.