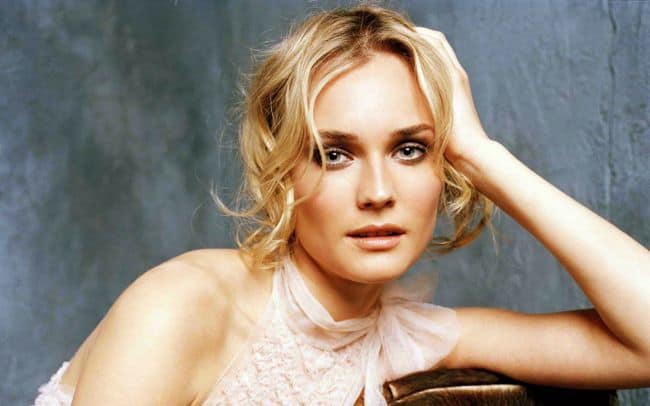 Diane Kruger has signed on as the lead actress for FX’s latest drama series pilot, The Bridge, which begins production this fall in El Paso and Los Angeles with acclaimed Mexican director Gerardo Naranjo (Miss Bala) at the helm.

Based on an international hit series, the pilot for The Bridge was adapted for American television by Meredith Stiehm (Homeland) and Elwood Reid (Hawaii Five-0). Adapted from the Scandinavian series i Bron, The Bridge centers on two detectives from the United States and Mexico who must work together to hunt down a serial killer operating on both sides of the American-Mexican border. The Bridge is executive produced by Stiehm and Reid, alongside Carolyn Bernstein, Lars Blomgren and Jane Featherstone. The Bridge is a co-production of Shine America and FX Productions.

Kruger will play El Paso Police Homicide Detective Sonya North, a dogged cop who lacks tact, warmth and empathy. Shockingly candid, she calls the world like she sees it – which can be off-putting to her colleagues, but also refreshing and funny. When a body is dumped on the bridge that spans the El Paso-Ciudad Juarez border, North is forced to work with Marco Ruiz, a Mexican detective who has everything she doesn’t: a spouse, a family and the ability to relate to other humans.

Diane Kruger was most recently seen as Marie Antoinette in Benoit Jacquot’s film Farewell, My Queen which opened the 62nd Berlin International Film Festival this year to rave reviews. In 2011, Kruger starred in Quentin Tarantino’s critically acclaimed hit Inglourious Basterds, for which she earned a Screen Actors Guild Award(R) nomination for Outstanding Performance by a Female Actor in a Supporting Role, and won the SAG Award(R) as part of the ensemble cast.

Kruger most recently wrapped production on The Host, a sci-fi thriller opposite Saoirse Ronan and William Hurt due out March 2013. She will also star in the new Terrence Malick-produced film titled Green Blades Rising that focuses on Abraham Lincoln’s youth in the vast wilderness of Indiana and the hardships that shaped him, the tragedy that marked him forever and the two women who guided him to immortality.