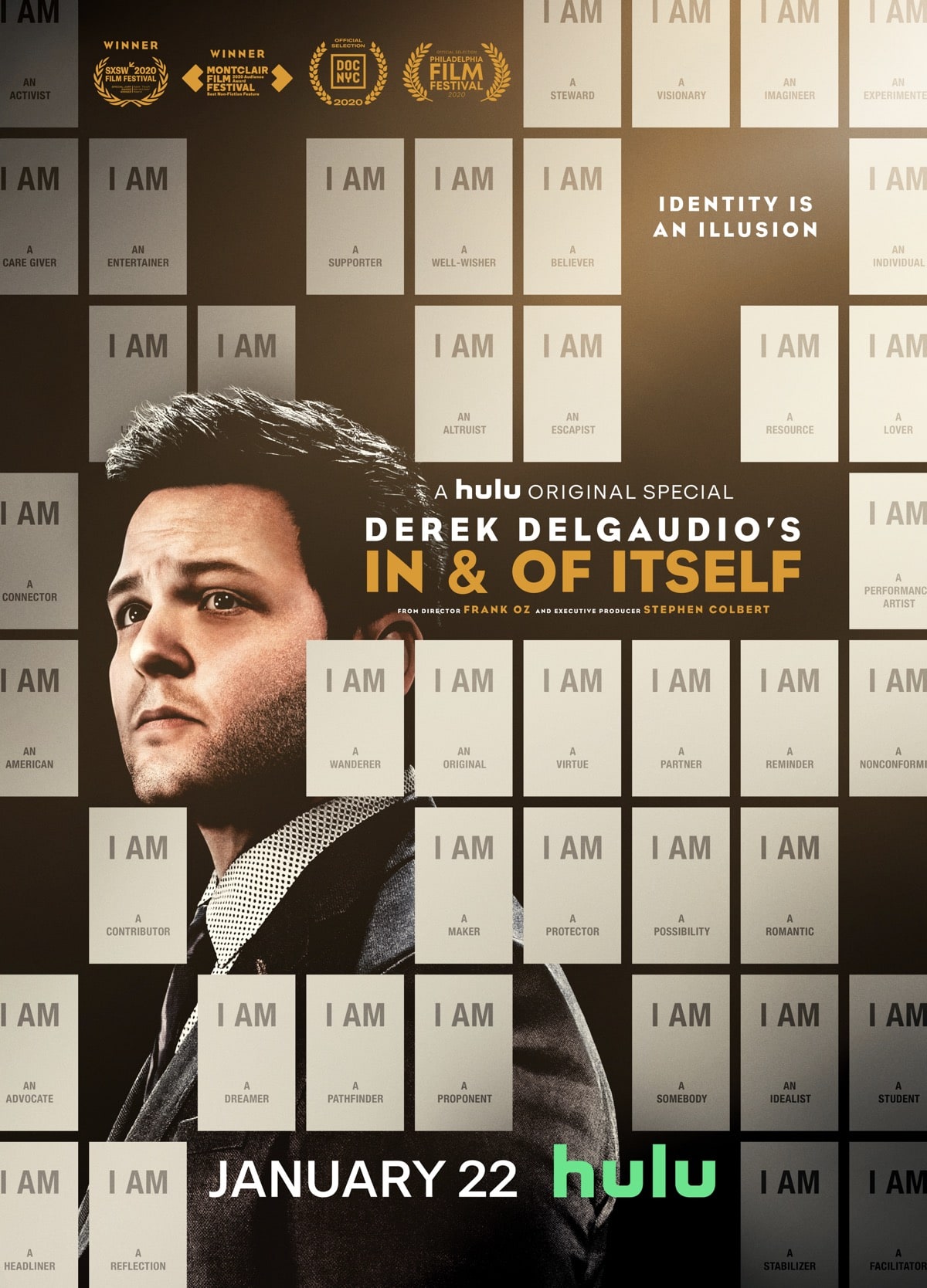 DEREK DELGAUDIO’S IN & OF ITSELF is a new kind of lyric poem. It tells the story of a man fighting to see through the illusion of his own identity, only to discover that identity itself is an illusion. An intimate and powerful exploration of what it means to be and be seen, the film chronicles Derek DelGaudio’s attempt to answer one deceptively simple question, “Who am I?” His personal journey expands to a collective experience that forces us to confront the boundaries of our own identities.