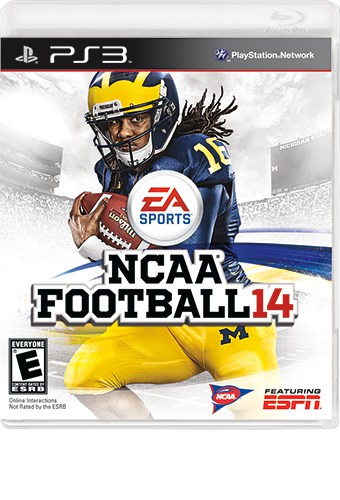 NCAA Football 14 features the inclusion of Infinity Engine 2, and introduces true physics-based gameplay to the franchise for the first time ever. Other new features include the Force Impact system, which affects big hits, stiff-arms and more, as well as refinements to the Option offense. These enhancements deliver the best college football experience in a generation, and allow you to play true to your school.

Additional features, including the revamped Dynasty mode and the introduction of Ultimate Team, will be detailed in the coming weeks. Join the conversation at EA SPORTS Facebook and Twitter pages using the #PlayTrue hashtag, and stay up to date on features of the game via the EA SPORTS NCAA Football 14 website.

NCAA Football is developed in Orlando, Florida by EA Tiburon, with trademarks licensed by IMG College’s The Collegiate Licensing Company on behalf of its partner institutions. For more information about NCAA Football, please visit http://www.easports.com/ncaa-football.