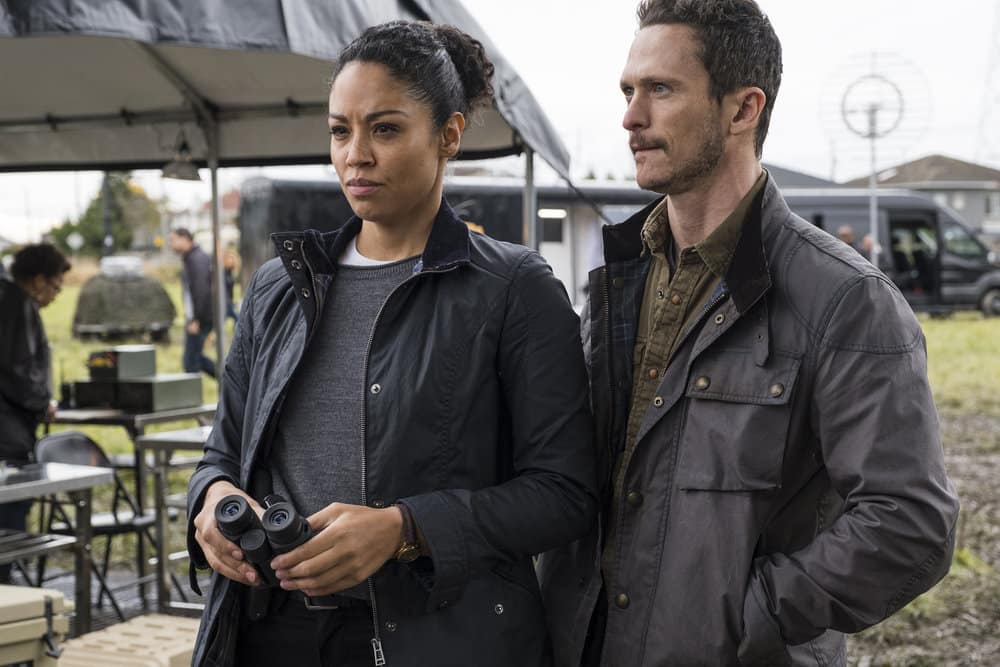 DEBRIS Season 1 Episode 2 Photos You Are Not Alone – 03/08/2021 (10:01PM – 11:00PM) (Monday) : Bryan and Finola investigate Debris that is mysteriously dragging metal from an evacuated town for an unknown purpose. Bryan is forced to keep his secret about Finola’s father’s survival. Maddox looks into a dangerous rogue faction. s01e02 1×02 1.02