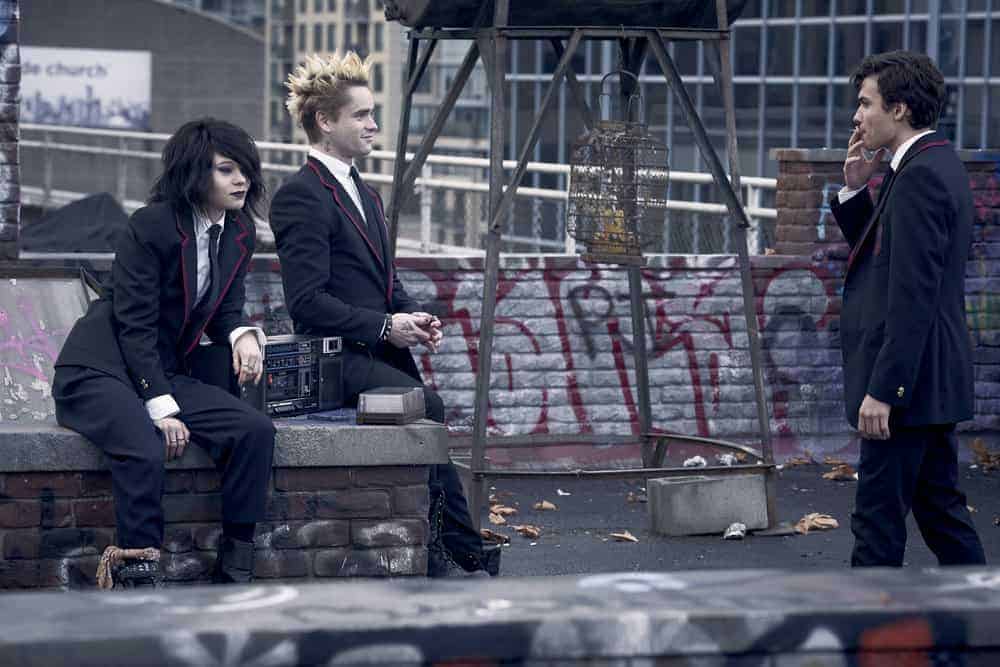 SYFY’s DEADLY CLASS is heading full force into its linear premiere tonight (10/9c) with 2.7MM pre-linear views across multiple platforms. On December 20, the cast and creators took to social media to share the new 10-part series’ premiere episode which was available commercial-free via SYFY On Demand, online at SYFY.com, and the SYFY and USA apps (through January 16), and was also available via YouTube, Facebook and Twitter (through January 1).  The highly anticipated series has garnered a loyal social following and continues to top must-watch entertainment lists.

Fans can join in the action and follow the #DeadlyClass cast tonight as they live-tweet the East Coast and West Coast premieres.