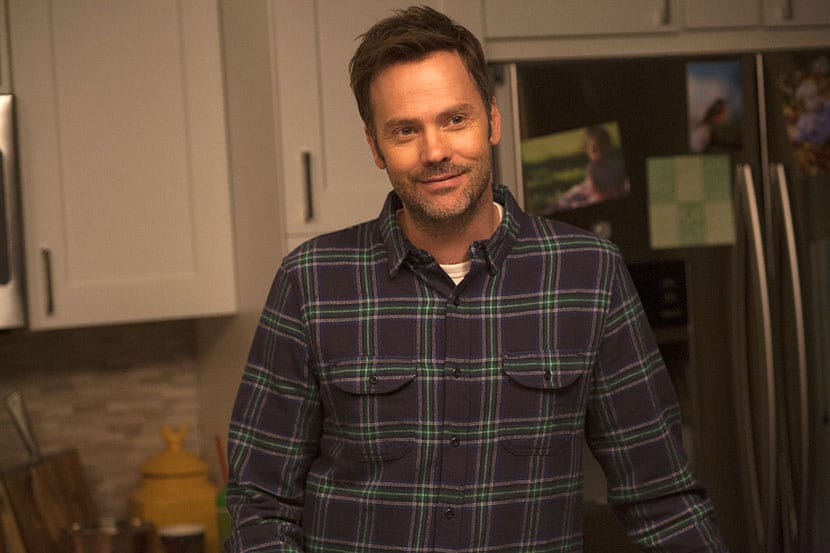 One of his proudest accomplishments in life is clearly his wife and children, and so it is a television match made in heaven when Barry Watson scored the lead in the UP series DATE MY DAD, where he portrays a single father whose wife has died leaving him to raise their three precocious daughters.  Previously known for his work in the television series 7th HEAVEN, WHAT ABOUT BRIAN and SAMANTHA WHO, Barry is comfortable and confident in portraying characters that inspire audiences to embrace their journeys, foibles and all, simply because Barry makes us want to root for them.  In an exclusive interview, Barry talks about his new role in DATE MY DAD and reflects a bit about the lessons he has learned as an actor.

What was the initial appeal about portraying Ricky Cooper and working on UP’s DATE MY DAD?
BARRY:  I had been looking for a single father concept show for years!  My friend Barbara Fisher at UP Network told me about the show and described the character of Ricky Cooper to me, and I was immediately interested.

At this point, how would you describe who Ricky is?
BARRY:  Ricky is a devoted father who is starting to put the pieces of his and his daughters lives back together since the death of his wife/their mother 3and a half years ago.

What do you most admire and/or like about Ricky?
BARRY:  I most admire Ricky’s courage and sense of humor. He is pretty unflappable.

What is it like working alongside Zenia Marshall, Audrey Smallman and Lilah Fitzgerald, who portray Rick’s daughters, on the show?
BARRY:  Working with the girls has been a bonus. We developed a closeness right off the bat. They are professional, talented and fun to be around.

How would you describe Ricky’s relationship with his three daughters?
BARRY:  Ricky is close to his daughters but as the season progresses finds him self challenged by situations that arise. He is patient and loving but occasionally way out of his element.

What is it like working with the legendary Raquel Welch?
BARRY:  Raquel is one of a kind. She has been in this business for decades and is still going strong. It’s an adventure every day!

How would you describe how Ricky and his mother-in-law Rosa ‘s relationship?
BARRY:  Ricky depends on Rosa. She guides him with the girls and tells him the truth. She is direct and he trusts her. Rosa reminds Ricky of Isabella, which is a great comfort to him.

Any favorite scenes that you can share from working on DATE MY DAD?
BARRY:  The scenes with my wife were fun and funny and tender. My favorite was in my office at the gym with my father-in-law in real life, Robert Wagner, and Matty Finochio.

What has been your favorite part about working on this project as a whole?
BARRY:  That I get to tell a story about perseverance after loss.

Then as an actor, what has been the one thing you haven taken away from working on DATE MY DAD so far?
BARRY:  I never knew that I had the capacity to memorize SO many lines in one day.

What has surprised you most about your career so far?
BARRY:  That I am still working and earning a living.

At this stage of your career, what do you think you have learned from the roles and projects you have worked on?
BARRY:  I have learned patience, gratitude and never say never.

Then what are the perks of where you are in your career right now?
BARRY:  When I am not working I am able to enjoy my time off with my family.

If there were one previous role you would like to revisit, which would it be and why?
BARRY:  “Sorority Boys.” I had so much fun working with Harland Williams and Michael Rosenbaum.

Do you find any of you character’s habits manifesting in your own life? Like what?
BARRY:  Not really. I try not to bring my characters home with me.

Has there been any great advice you have gotten about working as an actor?
BARRY:  “The only positive is the negative.” That is what my father in law always says.

What advice would you offer to other upcoming and aspiring actors?
BARRY:  Come to set on time, know your lines, do your work.

Do you have any other upcoming projects that you can share that fans should keep an eye out for?
BARRY:  My biggest role is being a father to my 3 children and a husband to my wife.

To see how charmingly and assuredly Barry navigates life as a single father, be sure to check out the premiere of DATE MY DAD on Friday, June 2 at 9 p.m. ET on UP.