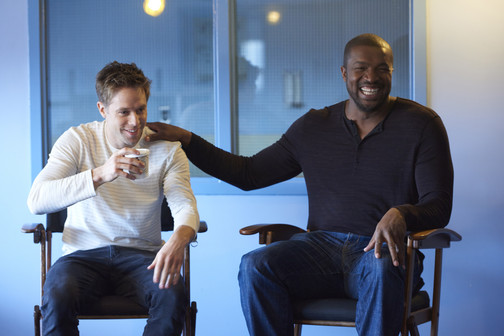 As a special treat, we visited the set of Syfy’s space drama series DARK MATTER to get a behind the scenes peek at Season 2 and to get up close and personal with the producers and cast about what lies in store for the DARK MATTER heroes when the show returns.

You can check out the video interviews here:

Also, here are a few tid-bits and teasers from creator and executive producer Joseph Mallozzi:
– story picks up in the Hyperion 8 Intergalactic Prison
– not all the characters know that Six (Roger Cross) betrayed them as Season 2 opens
– when each character finds out that Six betrayed them, they do not take it well
– not all the characters are together in the prison, like One (Marc Bendavid) and Five (Jodelle Ferland) are kept in separate facility since they are technically not a part of the Raza’s mercenary crew
– Season 2 sees the characters take the fight out to their enemies as they learn more about the corporate war and different entities facing off
– Season 2 puts the “dark” in DARK MATTER
– there is a lot more shocking deaths in Season 2 — no one is safe
– Season 2 is about taking the fight out to them and tragedy
– Season 1 was redemption journey for all the characters, as well as journey of self-discovery and because each character had their memories erased, show is true test of nature vs nurture
– in casting each role, it was important that every actor could offer a different type of humor for their character
– the show also demands that its characters exhibit humanity and humor equally
– there are still secrets to find out about each character that will be revealed
– more will be learned about the key card that Five (Jodelle Ferland) found in Season 1, that mystery is explored
– noted that the idea for the show came first, but due to timing, the comic book came out before the show
– loves having the fans pick the names for each episode (see the link to his blog below)

More tid-bits and teasers from star Melissa O’Neil:
– Two (Melissa O’Neil) is only one who saw that Six (Roger Cross) betrayed them in the Season 1 finale
– Two wants to find out why Six betrayed them
– Two’s loyalty is to her crew, which she sees as her family
– Two is a natural born leader and fighter, even with her memories wiped
– when Two meets Nyx (Melanie Liburd) in prison, they have a big fight scene
– ultimately a strong sisterhood develops between Two and Nyx
– the new character Devon (Shaun Sipos) defers to Two’s leadership easily
– Devon introduced when he performs surgery on someone they all care about

Tid-bits and teasers from star Melanie Liburd:
– describes her character Nyx as strong, badass, and charming
– Nyx has been in and out of prison most of her life
– Nyx and Two have terrific fight scene and end up friends
– laughingly said that Three (Anthony Lemke) drives Nyx insane

Tid-bits and teasers from stars Zoie Palmer and Jodelle Ferland:
– the Android’s curiosity with humanity will continue
– not good idea to under-estimate Five (Jodelle Ferland)
– Five will strive to reunite her Raza family and hold them together in Season 2
– the Android always feels like an outsider, but feels like she is part of the Raza team
– no one knew among the cast who was the mole ’til that final day of shooting that scene — video of that reveal can be seen here: https://youtu.be/_XNNhgffe8k
– Season 1 was evolution of the characters and how they started to trust each other and as they learned about themselves
– Season 2 is learning who is after them and how to stop them

Tid-bits and teasers from stars Shaun Sipos and Roger Cross:
– admits did not find out that Six (Roger Cross) was the mole ’til that final Season 1 scene
– remains to be seen if Six is incarcerated along with the Raza crew in the prison
– clever twist on how Six rejoins the Raza after the prison break
– Devon (Shaun Sipos) joins the crew when one of the Raza needs emergency surgery
– Devon leaps at chance to get out of the prison during the prison break
– Devon is crafty and smart and quickly secures his place on the ship through his surgical skills
– Devon has lot of respect and curiosity about Two (Melissa O’Neil), but is on the fence about One (Marc Bendavid) and Six (Roger Cross)
– Devon is looking for atonement for the sins of his past
– each character sees this as their second chance to be who they really want to be
– Six has a conscience and wants to do the right thing
– theme of Season 2 is: can you recreate yourself? And get beyond the things in your past? Will it catch up with you?
– great scene between the Android (Zoie Palmer) and Six coming up in Season 2

Tid-bits and teasers from stars Alex Mallari Jr. and Anthony Lemke:
– Three (Anthony Lemke) is character that does not trusts easily and after the Season 1 betrayal, he has to learn to trust again in Season 2
– look for both Three and Four’s (Alex Mallari Jr.) reaction to Six’s big betrayal in Season 2
– Four intuitively follows along with the Raza folks because it is all he knows to be true so far, everything else is simply things that he has been told about himself
– they all yearn to be a part of some kind of family unit
– Four feels kinship with Two (Melissa O’Neil), like they have something in common given their upbringings
– Five (Jodelle Ferland) is the glue that keeps them all together and Three (Anthony Lemke) feels closest to her of all those on the ship
– Spoiler alert! The Raza crew are given the choice if they want their memories back
– Season 2 is much darker season

To find out who does or does not make it out alive from the big prison escape and back to the Raza, be sure to tune in for the Season 2 premiere of DARK MATTER on Friday, July 1st at 10 pm on Syfy. For the diehard and curious fans, be sure to follow Joseph Mallozzi’s blog for more behind the scenes photos and teasers: https://josephmallozzi.wordpress.com/ and his Twitter feed: @BaronDestructo 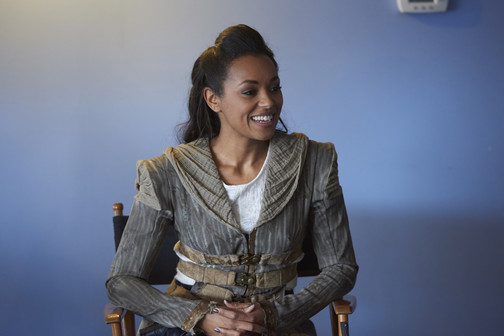 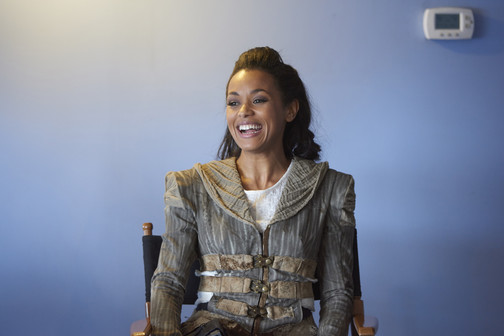 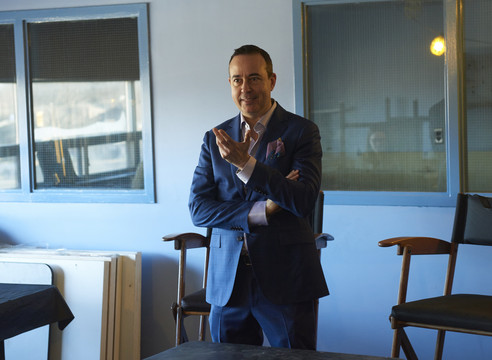 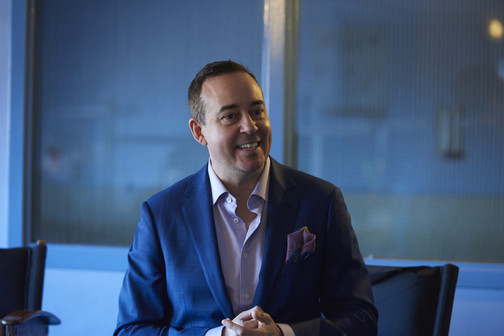 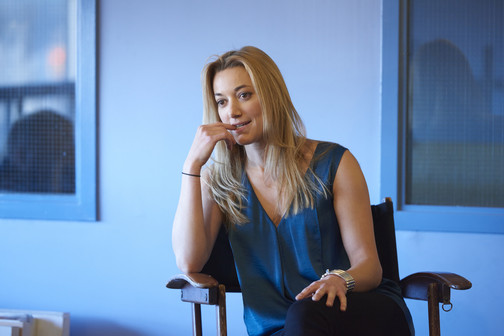 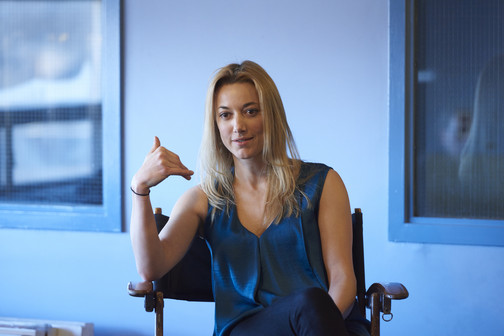 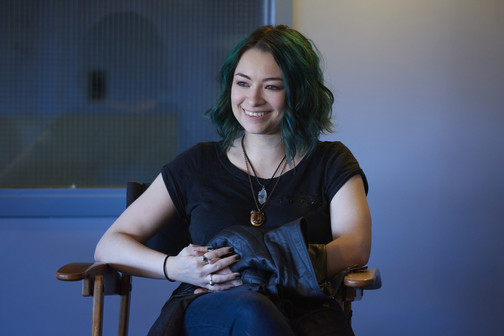 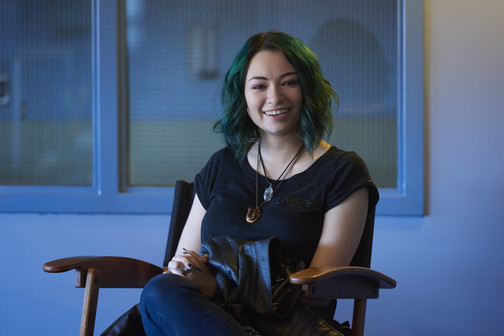 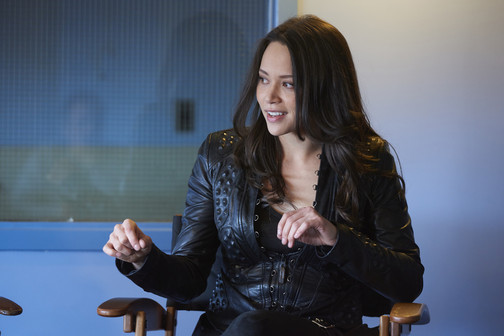 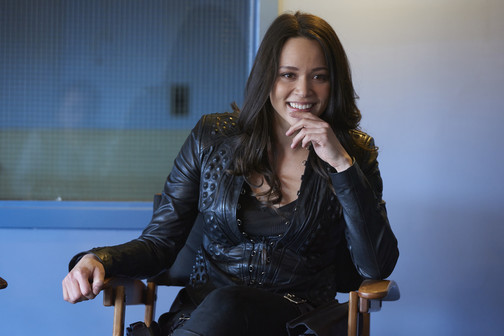 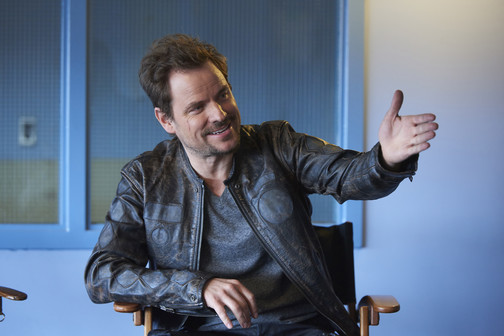 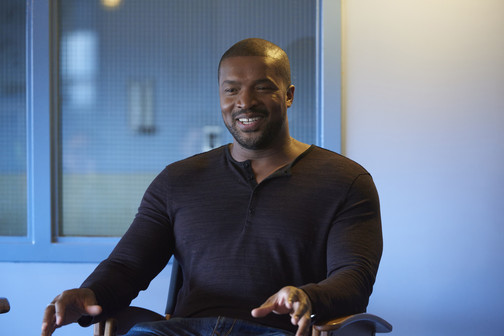