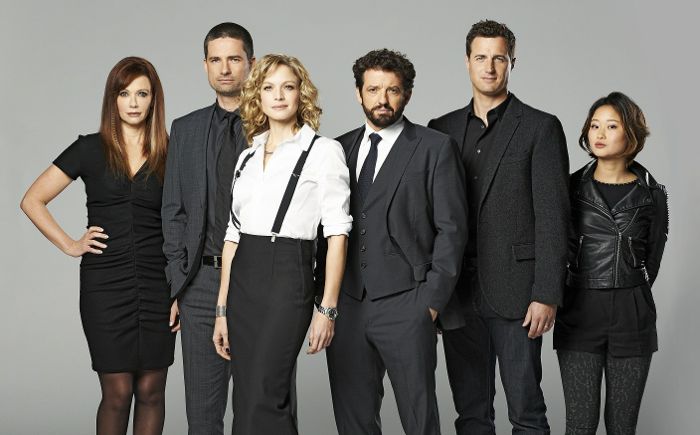 CTV announced today it has ordered a fourth installment of its hit original crime drama MOTIVE from Foundation Features and Lark Productions for the 2015/16 broadcast season. The announcement comes in advance of this weekend’s edge-of-your-seat Season 3 finale on Sunday, June 7 at 10 p.m. ET/PT on CTV and CTV GO. With an additional 13 one-hour episodes on order, bringing the series total to 52 episodes, Season 4 of the “whydunit” drama begins production this fall in Vancouver.

In addition to recently being nominated for a whopping 21 Leo Awards, MOTIVE was CTV’s top nominee for the 2015 Canadian Screen Awards, garnering nine nominations, including for Best Dramatic Series and for the Golden Screen Award for Best Drama/Comedy Series. With an average audience of 1.3 million viewers, MOTIVE is among the Top 3 most-watched Canadian dramas this season. With growth among viewers A18-34, Season 3 becomes the most-watched season yet for the demo.

“MOTIVE has captivated audiences around the country, building a strong and loyal fan base over its three seasons,” said Mike Cosentino, Senior Vice-President, Programming, CTV Networks and CraveTV. “The hit crime drama continues to play an integral role in our lineup and we look forward to continuing our relationship with the amazing production team and cast to deliver a compelling fourth season.”

“We are really excited by this opportunity to bring another great season of MOTIVE to audiences with our wonderful partners at CTV,” said Executive Producers Rob Merilees and Louise Clark. “Our outstanding writing team, led by showrunner Dennis Heaton, is already hard at work exploiting the potential of further developing our established characters, relationships and novel cases. Our superb cast and crew are set to deliver a stellar Season 4.”