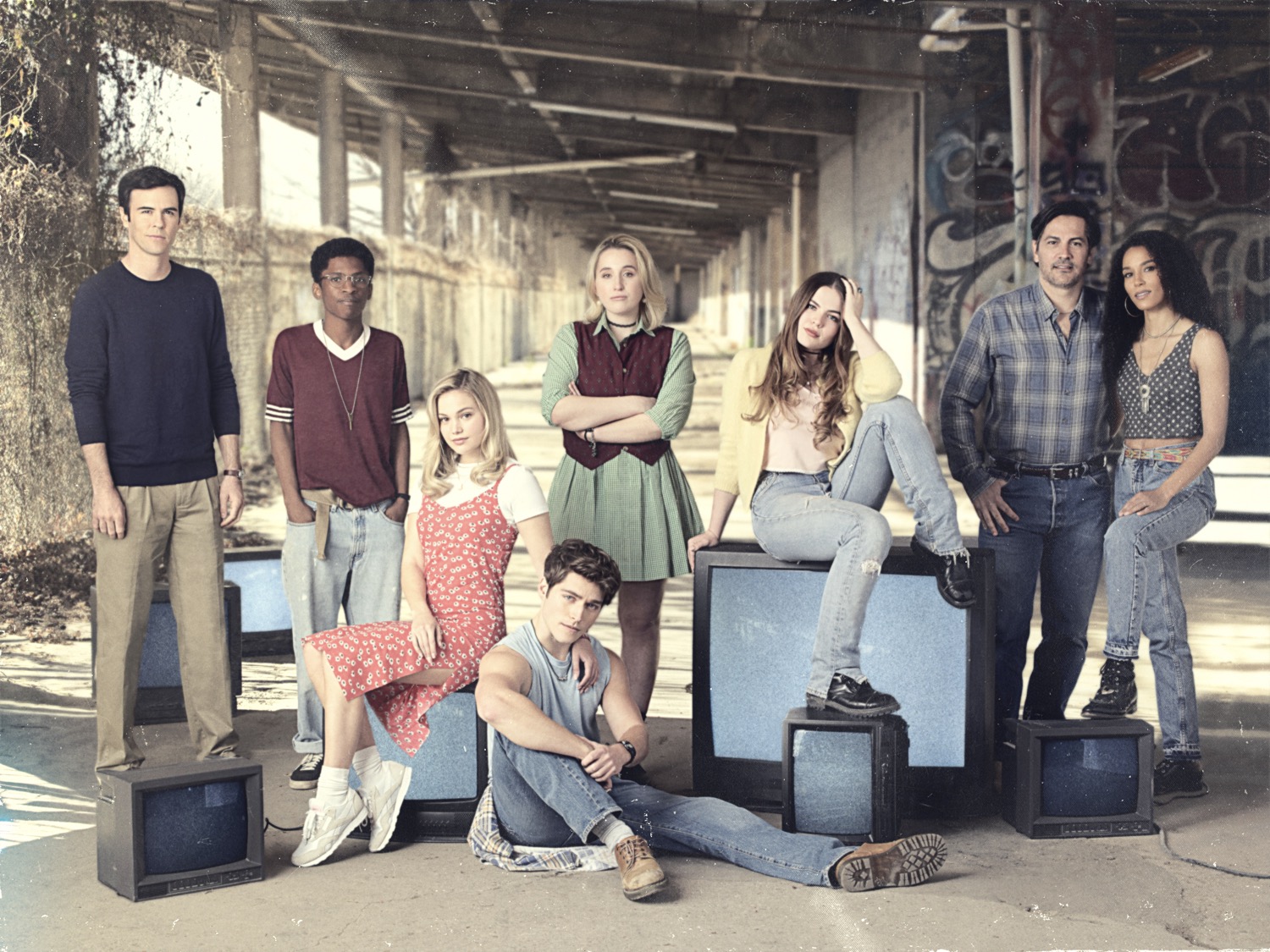 Tonight, Freeform presents the first two episodes of a psychological thriller series called CRUEL SUMMER. Written by Bert V. Royal Jr. (Easy A), each episode focuses on the events of a single date in three consecutive years beginning June 21, 1993, 1994, and 1995. The same characters played by the same performers are in all three timelines, which makes sense, given the brief spans between them. But the world is drastically different for almost everyone involved in each of the three. The mystery is exactly what happened to propel the changes seen in each subsequent year. And while the broad strokes are outlined pretty early on in the run, the full truth remains to be revealed.

At the start of the first episode of CRUEL SUMMER we meet nerdy Jeanette Turner (Chiara Aurelia, Tell Me Your Secrets), who is celebrating her fifteenth birthday. All she seems to want to do is hang out with her best friends, Vince (Allius Barnes, Thumper) and Mallory (Harley Quinn Smith, Jay and Silent Bob Reboot). She is jealous of the popular girl, Kate Wallis (Olivia Holt, Cloak & Dagger), and covets Kate’s boyfriend, Jamie Henson (Froy Gutierrez, Teen Wolf.)

A year later, as Jeanette turns sixteen, she’s basically taken over Kate’s life, including her boyfriend and friends, having grown apart from Vince and Mallory. That’s strange enough, but Kate is nowhere in sight, and we’re not sure how Jeanette got here. Another year later, as Jeanette is seventeen, things have changed again, with a dark, depressed Jeanette ostracized by everyone and speaking to lawyers. What happened?

CRUEL SUMMER is in no hurry to tell us everything, as that would defeat the purpose of the show. But it is quick to start giving details. By the end of hour one, you may have a pretty good idea of the how and why of Jeanette’s trajectory. At the end of the second hour, which will air back-to-back tonight, you may question the idea you had. This is going to be a convoluted story with many twists, and what seems to be a certainty will likely be proven to be wrong repeatedly.

For instance, I’m not sure if the main character is Jeanette. The pilot is all about her, but on the poster, she shares focus with Kate. And the second half turns its attentions on the popular girl, whose life is far from the perfect Jeanette assumes it to be. It’s easy to hate Kate, until you don’t. But what ultimately ends up having happened will decide if she’s a hero or villain. Jeanette, too, for that matter. The girls are inexorably intertwined, two seemingly similar people with different circumstances starting out.

There is a lot about CRUEL SUMMER that’s enticing. The multiple timelines format has become a bit of a gimmick lately, following the success of This Is Us, but the short jumps between theme her make this one seem at least somewhat fresh.. A good thriller mystery is also a draw, especially one like this that is surely a limited series. Not meaning they won’t do subsequent seasons, but if there are, they’ll need a new narrative. It’s also very squarely a young adult show, which is a popular genre. Beyond that, there are also some very interesting things to think about as the point of view shifts.

The main drawback is that it doesn’t feel compelling. With few recognizable performers, it probably won’t attract beyond those already watching the network. The acting isn’t bad, but it’s not prestige drama level, either. Many of the cast are young and they’ll likely get better in time, but I don’t think any will be awards bait for this series. So it’s hard to imagine it’ll build steam beyond the target demo. Not necessarily a bad thing, as long as competing with the streaming services isn’t the goal. It’s a decent show that will serve the network’s existing audience, and seems to be airing right where it should be.