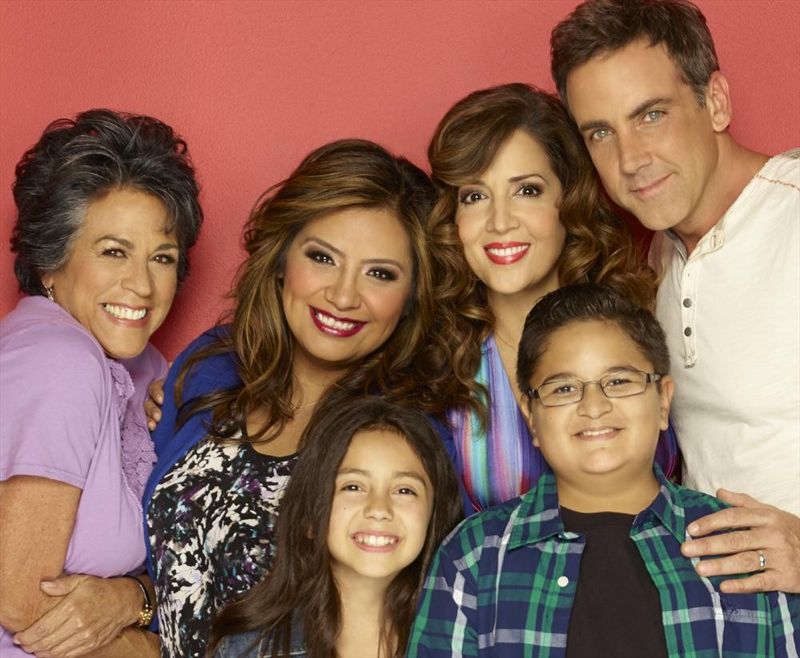 ABC seems to be trying to check all the boxes this year in making their comedies more diverse. For the African-America audience, there’s black-ish, and now, for Latinos, there’s CRISTELA. It’s the story of a law student named Cristela (comedienne and Mind of Mencia writer Crisetla Alonzo) who lives with her mother, sister, and sister’s family in Texas. It’ll tackle issues like gender stereotypes and how much easier the newer generation has it, providing a typical family sitcom with a bilingual cast.

At face value, CRISTELA is about as good as most family sitcoms. But that’s sort of the issue. Like black-ish, it has some racial bend to it, but it is also fairly sanitized and similar to just about every other series on TV that is about white folks. There isn’t much that sets it apart from just about any other show, demonstrating both progress in the television landscape and an overall sanitization of network television, as the Big Four broadcast channels are hesitant to take on much risk in their programming. CRISTELA does not seem to be a risk.

Cristela, herself, is pretty funny. She’s got a sassy mouth and an independent, determined spirit. She is a pain to her family, but she does care, and is trying to better things for her and for them. When she encourages her niece, Isabella (Isabella Day), to go out for soccer instead of cheerleading, it’s with the best of intentions, even though it, of course, doesn’t work out quite the way she has planned.

The setting is split between Cristela’s home life and work. At home, there’s Cristela’s prettier sister, Daniela (Maria Canals-Barrera, Wizards of Waverly Place), and her charming husband, Felix (Carlos Ponce, Double Life), who thinks Cristela is a free-loader, sparking tension between them. Cristela’s mother, Natalia (Terri Hoyos, Bulworth), resides under the same roof, too, providing judgment and lectures about how things were worse in her day. Felix’s relation, Alberto (comedian Gabriel Iglesias), hangs around and hits on Cristela, though she isn’t interested. Cristela hopes to be a successful enough lawyer to score her own place, but that could very well sabotage some of the premise if it happens anytime soon.

In the pilot, Cristela lands an important internship which could further her career, but doesn’t pay anything, to chagrin of Felix, Daniela, and Natalia. Cristela’s new boss, Trent (Sam McMurray, The King of Queens), is unintentionally racist, but at least he respects Cristela’s work ethic. Cristela is joined by fellow interns Maddie (Justine Lupe, Harry’s Law), a blonde bimbo who is hired only because Trent is her father, and Josh (Andrew Leeds, Bones), who might end up being a love interest; it’s not quite clear yet.

I laughed several times while watching Cristela, and I’m likely to give it at least a few episodes to find its feet. The jokes do sometimes land, especially when CRISTELA plays with preconceptions and prejudices, but there’s rarely anything completely original about the gags. I am not familiar with Cristela’s stand-up so I’m not sure if the series is built from her own life, or she’s just trying to copy the shows she grew up with, putting a tinge of her own spin on the concepts. Either way, it’s a middling series that might get funnier, but likely won’t.

I do think it’s incredibly important to see diversity represented on television, and it’s a shame we’re talking about CRISTELA as “the” Latino sitcom premiering this year, with nothing currently on the air to really match it. That being said, quality is quality, no matter what form it’s in, and CRISTELA, like plenty of its peers with all-white casts, just doesn’t have enough of that to make it special. It’s probably not a good sign for its longevity that ABC is starting it out on Fridays