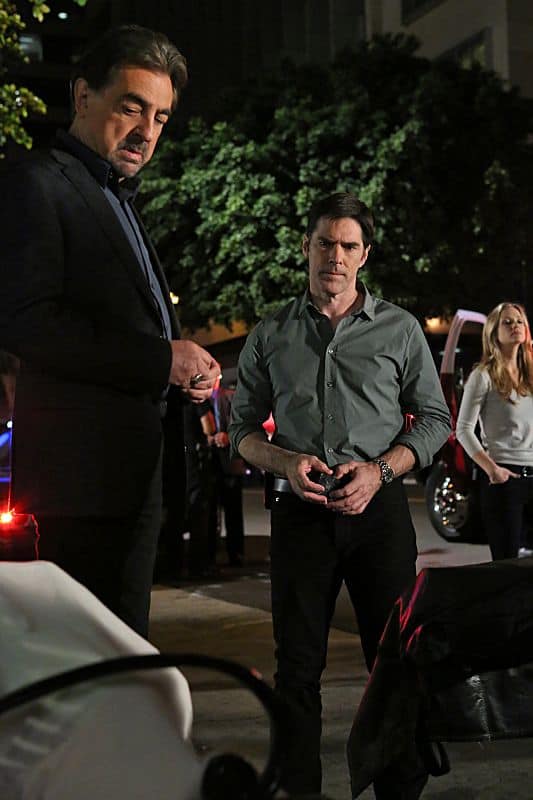 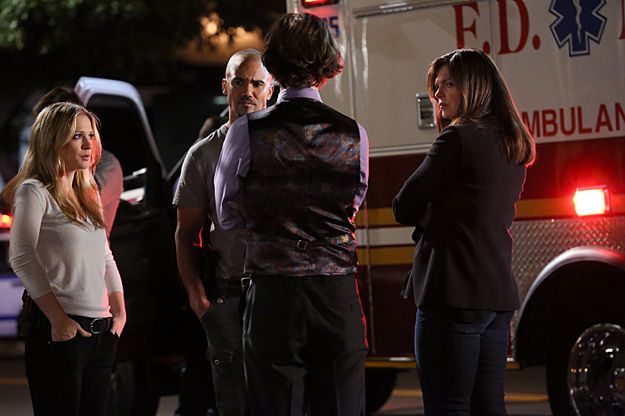 CRIMINAL MINDS Season 8 Episode 24 The Replicator Photos : “Brothers Hotchner” and “The Replicator” – The Replicator zeroes in on the BAU when the killer targets one of the team as the next victim.  Also, the BAU is called in to investigate a string of deaths in Manhattan tied to apparent ecstasy overdoses, and Hotch discovers that his estranged brother, Sean, is caught in the middle, on the two-hour eighth season finale of CRIMINAL MINDS, Wednesday, May 22 (9:00-11:00 PM, ET/PT) on the CBS Television Network.  Mark Hamill guest stars.  Bellamy Young returns as Hotch’s girlfriend, Beth Clemmons, and Eric Johnson reprises his role as Hotch’s brother, Sean.