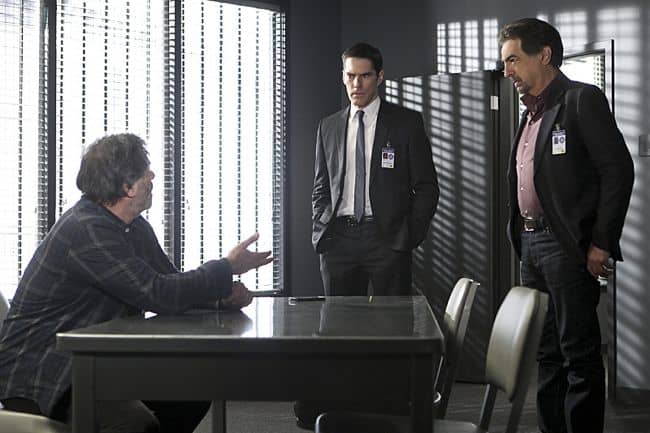 CRIMINAL MINDS Season 8 Episode 14 All That Remains Promo : “All That Remains” – When the daughters of Bruce Morrison, a writer whose wife mysteriously vanished a year ago, go missing on the anniversary of their mother’s disappearance, the BAU is brought in to study Morrison as a possible suspect, on CRIMINAL MINDS, Wednesday, Feb. 6 (9:00-10:00 PM, ET/PT) on the CBS Television Network.  Series star Thomas Gibson directs his first episode of CRIMINAL MINDS.  Ken Olin guest stars as writer Bruce Morrison.