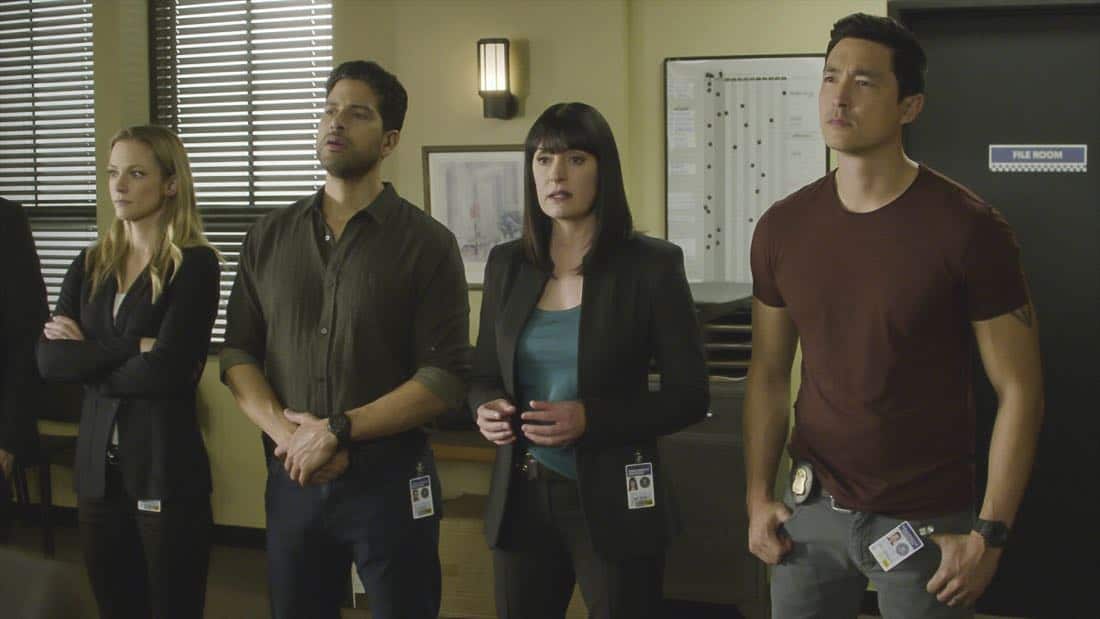 “The Dance of Love” – The BAU travels to Chicago to investigate an unsub who leaves red roses on each victim. Also, Rossi gets an unexpected visit from his ex-wife, Krystall Richards (Gail O’Grady), on CRIMINAL MINDS, Wednesday, March 28 (10:00-11:00 PM, ET/PT) on the CBS Television Network. CRIMINAL MINDS Season 13 Episode 18 Photos The Dance Of Love.